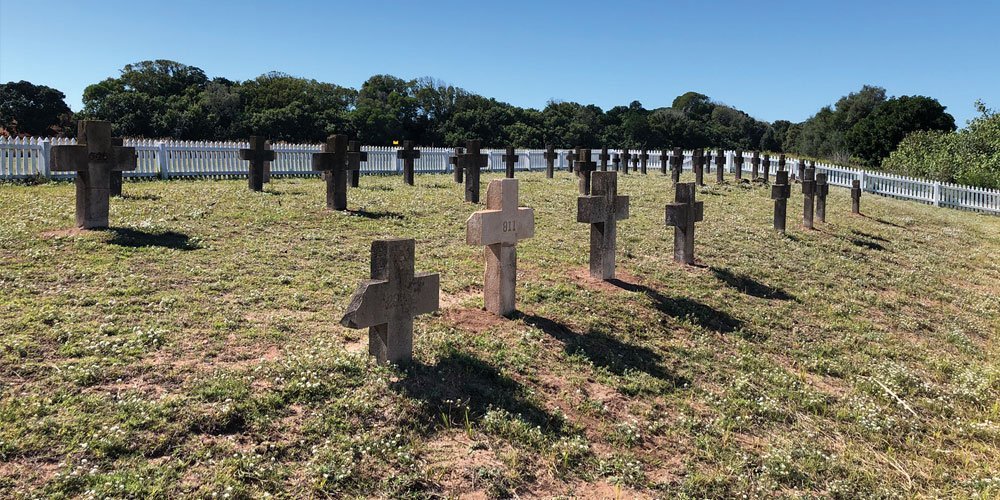 For 65 years, St Helena was the scene of some brutal business, but these days it’s a historic national park (Queensland’s first when it was declared in October 1979) that provides excellent motivation to take a trip into Moreton Bay.

St Helena is a pleasant 30-minute cruise from Manly on the Cat o’ Nine Tails tour which is the best way to see the island.

This is because access to most of the prison ruins is by guided tour only, and also, this team brings its history to life, led by suitably attired “prisoners” and their guard Andre.

The island was never used for convicts but opened in 1867 as Queensland’s first penal establishment to house long-term, high-security male prisoners. Until then, they were crowded into cells at Petrie Terrace and spilling into the hulk Proserpine moored in the Brisbane River.

Captain Cook planned to name the bay after Lord Morton who had funded his trip, but inadvertently added an “E”.  This was copied by Matthew Flinders three decades later, and it stuck.

Flinders, the story goes, imaginatively named the first verdant Moreton Bay island he saw Green Island. He then proceeded to name the others in the group Green Island 2 and Green Island 3 (King Island).

Eulope, the Turrwan or chieftain of the Nunakal clan of the Quandamooka (Moreton Bay) people, had fought against the military when they arrived at his homeland at Amity Point on North Stradbroke.

Of similar stature to the French emperor Napoleon Bonparte, he became known among the British as Napoleon.

In 1827, Napoleon “borrowed” a steel axe in Dunwich and was exiled to Noogoon (“place of the flying fox” as it was called by the Quandamooka people, or Green Island 2) for his crime.

It took him only three days to build a canoe and escape, but it was long enough for the island to be called after St Helena, the island of Napoleon’s imprisonment in the South Atlantic.

(Waterloo Bay, Wellington Point and King Island were named at the same time).

In 1866, a quarantine station was built on St Helena, but within a year, it was realised it would be much better to solve the problem of what to do with all the prisoners.

On arrival at the island, the catamaran docks at a jetty built in 1988 to connect to a stone causeway built across the mudflat by prison labourers in the island’s prison heyday.

At the tip of the original causeway is a “swimming pool”.  Prisoners placed steel tram tracks vertically into the water to make an enclosure for wardens to swim safely away from sharks.

Tram tracks? Yes, St Helena had Queensland’s first tram. It carried produce and people from the stockade and workshops at the top of the island to the causeway for export to Brisbane.

The tram was first hauled by prisoners and later by horse.

The island was all about making money for the government using free prison labour. The irony was they produced Queensland Police uniforms at one stage.

Sugar cane was planted and a mill built in 1869. It wasn’t entirely successful as it was thought escapees could easily hide in the cane.

Remnants of the sugar mill, like the lime kiln used to turn coral collected from the bay into a useful cement for building, can be seen within easy walk of the causeway.

The island has two cemeteries – one for the children of the wardens and one for prisoners who even in death had numbers not names. It was said they would forever remain prisoners of St Helena. It is believed about 56 prisoners are buried here.

This was heartbreaking for mothers who were unable to visit their graves on a high-security prison island. 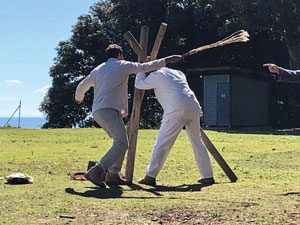 Prisoners were forbidden to speak and flogged until skin became bone. The maximum was 50 lashes, but this usually had to be done in two sessions as 25 was enough to end at the infirmary. Floggings were always on a Tuesday when a surgeon came to the island.

But even this was preferable to solitary confinement, sealed below ground in a metre-wide cell with only a dirt floor to sleep on, and that turned to mud when it rained. The prison closed in 1932 when, during the great Depression, it simply became unviable to keep it open.

Production had dropped away during World War I when prisoners had to return to the mainland to cover for young men shipped off to the European battlefields.

By now, Boggo Road, which had been used as HM Prison for Women, was taking men.

All up, 7500 hardy souls experienced the hell of St Helena.

There were some grand plans for its future, including a golf course and rabbit hunting, but in the end, it was leased as a cattle farm, and was a dairy in the 1950s.

And finally, in 1979, St Helena was declared national park so we can all enjoy a day in the sun discovering our history less than hour from the Brisbane CBD.

Continue Reading
You may also like...
Related Topics: brismania