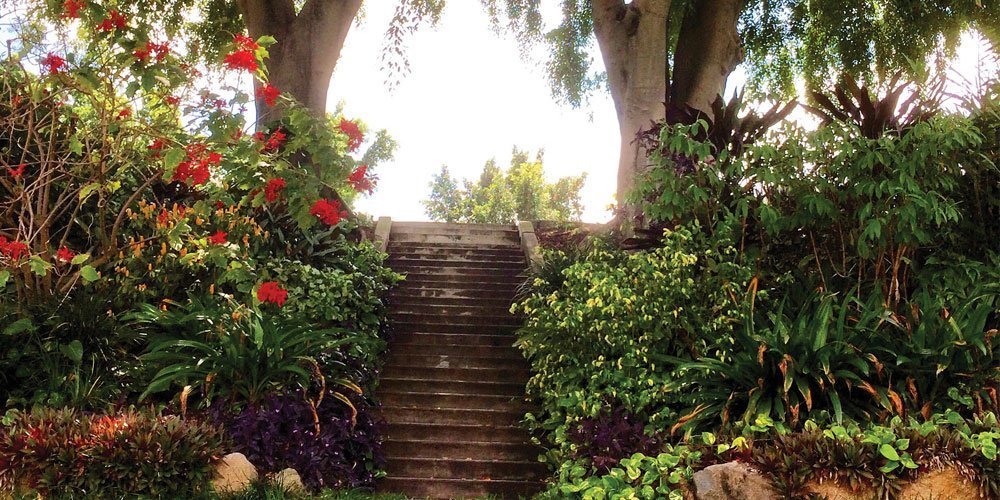 The Roma Street Parkland is one of those places we are  genuinely blessed to have.

Covering 16ha with a variety of gardens from herbs to rainforest; paths that wind down the steep slopes or are stepping stoned across a pond; sweeping lawns and water features – it’s the largest subtropical garden in a city centre anywhere in the world.

It was not always a showpiece. For years, it was an ugly abandoned railway yard near Roma Street station, which was the first in the settlement when it opened in 1875 for trains running west to Ipswich (coal) and Toowoomba (grazing).

From 1911-34, the area around the station was expanded to cater for the increasing number of trains and goods being hauled around Queensland.

During World War II it was the marshalling area for arms and military personnel posted to north Queensland.

Eventually, with Roma Street still the main station (the starting and finishing point) for local and long-distance trains, it wasn’t big enough and the goods yard relocated to Acacia Ridge in 1991.

The area sat on the edge of the CBD neglected and messy, until finally it was turned into the Parkland a decade later.

As well as themed gardens, water features and rockeries, there’s an amphitheatre, a field to kick a ball and lots of resident frilled neck lizards happy to pose in the sun.  There’s also a peaceful war memorial garden.

An oasis in the heart of the city, it’s a great place to wander – and discover something new each time.

Out and about from dawn to after dark 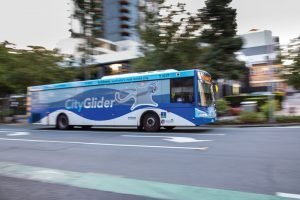 GETTING around Brisbane is free with a senior go card or go+ card on buses, ferries and CityCats between 8.30am-3.30pm and 7pm-6am on weekdays, and all the time on weekend buses.

Here are some ideas to get you started:

Get active. Start the day with yoga, tai-chi or pilates. Part of Brisbane City Council’s GOLD Active and Healthy Program, these free and low-cost sessions are in local parks and community centres around Brisbane.

Roam around Roma Street Parkland. Join one of the relaxed, informative, guided walks that leave The Hub twice daily, or board the Parkland Explorer, the trackless train, for a journey through the park’s fern gardens, rocky waterfalls and lakeside lawns. Numerous buses pass through the nearby Roma Street Busway Station so it’s an easy visit.

Visit the Museum of Brisbane. Also located in City Hall, the Museum of Brisbane is an insight to the city. Open seven days, 10am-5pm (7pm on Fridays), the museum’s exhibitions are free. The current High Rotation exhibition delves into the stories and images of Brisbane’s music scene during the past 30 years. Stop at the Shingle Inn for a cuppa on the way out.

Cruise to the Powerhouse. Glide up the river on a CityCat and see the city come to life after dark. Stop at New Farm Park terminal and explore the Brisbane Powerhouse, the arts centre which once provided electricity to the city’s trams.

Brisbane Square up late. Bit of a night owl? So is Council’s Brisbane Square Library, now open until midnight every Wednesday and Friday. Settle in for an after-hours author talk, unleash your inner artist at the art nights, or unwind with a good book.

Brisbane.qld.gov.au – find more to see and do, including free events

Translink.com.au – to apply for a senior go card, check fares and timetables, and plan your journey.

Head to Enoggera and discover more of Brisbane’s history

Perhaps the two most endearing buildings in the Enoggera District are St Matthew’s Anglican Church at Gaythorne – affectionately known as the “little church on the hill” – and Enoggera Memorial Hall.

For the past 23 years, the hall has been the home of the Enoggera and Districts Historical Society.

The foundation stone for St Matthews was laid on Monday, September 23, 1867 by Queensland’s first governor, Sir George Bowen. Three babies were baptised at the first service, on February 7, 1869.  Their family names are part of local history – Arthur Nicholson, Arthur Marshall and Hannah Pickering.  They now lie in the churchyard with other pioneers, overlooking the city they helped create.

In 1916, a new school building replaced the Enoggera State School which had opened in 1871. Part of the original school was re-erected at its present site in Trundle St and designated as Enoggera School of Arts. After World War I, subscribers to the SoA co-operated with the forerunner of today’s RSL to build the Enoggera Soldiers Memorial Hall, which opened in 1925.

Since then, the walls have been dedicated with boards honouring men and women of the district who went to war.

The hall has hosted countless engagement parties, wedding receptions and anniversaries and servicemen’s and women’s reunions.

Today, having survived at least two calls for its demolition in the name of progress, the hall is still the venue for several community groups.

Enoggera and Districts Historical Society is celebrating its 25th anniversary and a commemorative plaque will be unveiled next month to celebrate.

Visitors are welcome on Thursdays, 9.30am-1pm to see the hall and learn more about the district’s history.

If you’re interested in local history, there is a variety of books available which would make an excellent Christmas gift.

The research library is open every Thursday, 9am-1.30pm until November 28.

Continue Reading
You may also like...
Related Topics: brismania, your city