The lights of Parliament House and Chain Bridge sparkle on the Danube by night.

Plazas are being refurbished. Streets are lined with buildings from all periods, and the Danube is pumping with the river cruise ships that ply between Budapest and Amsterdam.

Budapest was heavily bombed in 1944-45, and didn’t emerge from behind the Iron Curtain until 1989. Rebuilding, mostly to original design, is still a work in progress. But ready or not, there’s plenty to see and learn and plenty of walking tours and guides to tell the story.

In 1873, the towns of Buda, on the right bank of the Danube – “if you see a hill that’s Buda” – and Pest (pronounced Pesht) on the left, were amalgamated along with Old Buda or Obuda. Many of the city’s most beautiful buildings, including the superb Great Market Hall and the richly-decorated Parliament, went up during Hungary’s “Golden Age” which was around the turn of the 20th century. 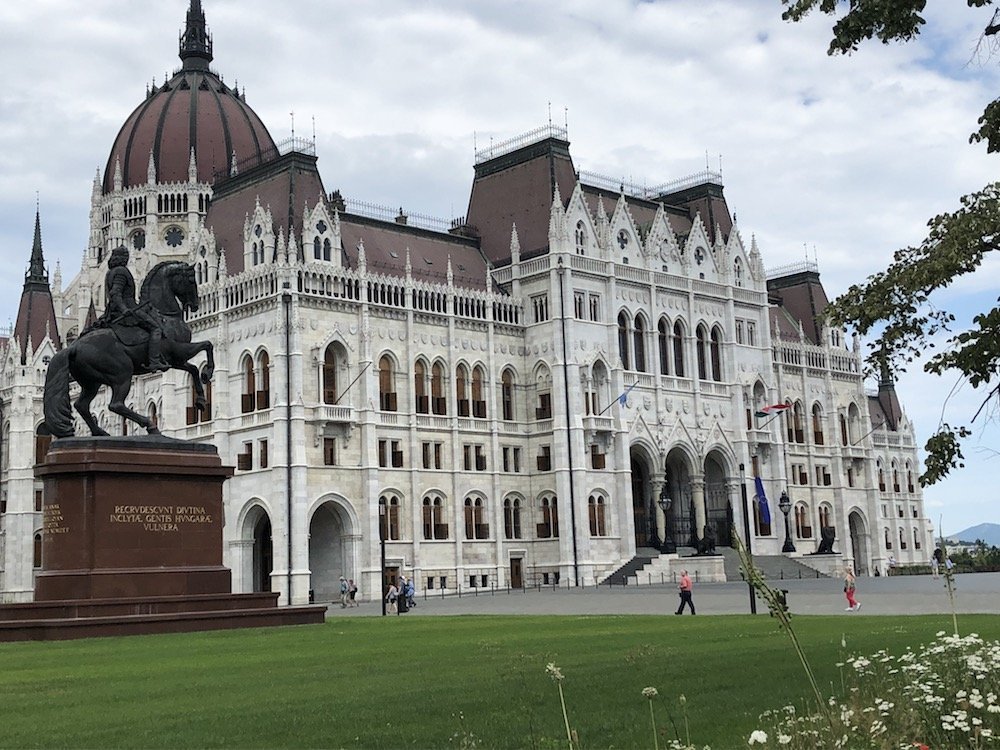 Facing the Danube, with 691 rooms and 20km of corridors, the parliament opened in 1902. It is magnificent and the pride of Pest, as it looks across to Buda Castle on the hill on the other side of the river.  The castle is another impressive pile with its own collection of stories to gather while wandering the cobbled streets of the Castle precinct.

This area also has glorious views from Buda across the river to Pest, evoking thoughts of a more romantic, classical time when grandeur ruled.

Much of the river sparkle at night comes from the Castle and the Parliament, and this is best observed on a walk across the most famous of the river crossings, Chain Bridge with its huge stone lions on guard at both ends.

Although famous for its thermal baths, there is much more to Budapest. In fact, even with seven days, I still didn’t manage to find time to lounge about in a pool.

This is partly because it has one of the most advanced public transport systems in the world, making it a city that is easy to get around.

For $25, a seven-day pass gives access to trams, trolleybuses, buses, metro, boats and suburban rail – and a cogwheel railway that steadily rises 5.4km to the top of a hill in Buda. Only the funicular to Buda castle is excluded. 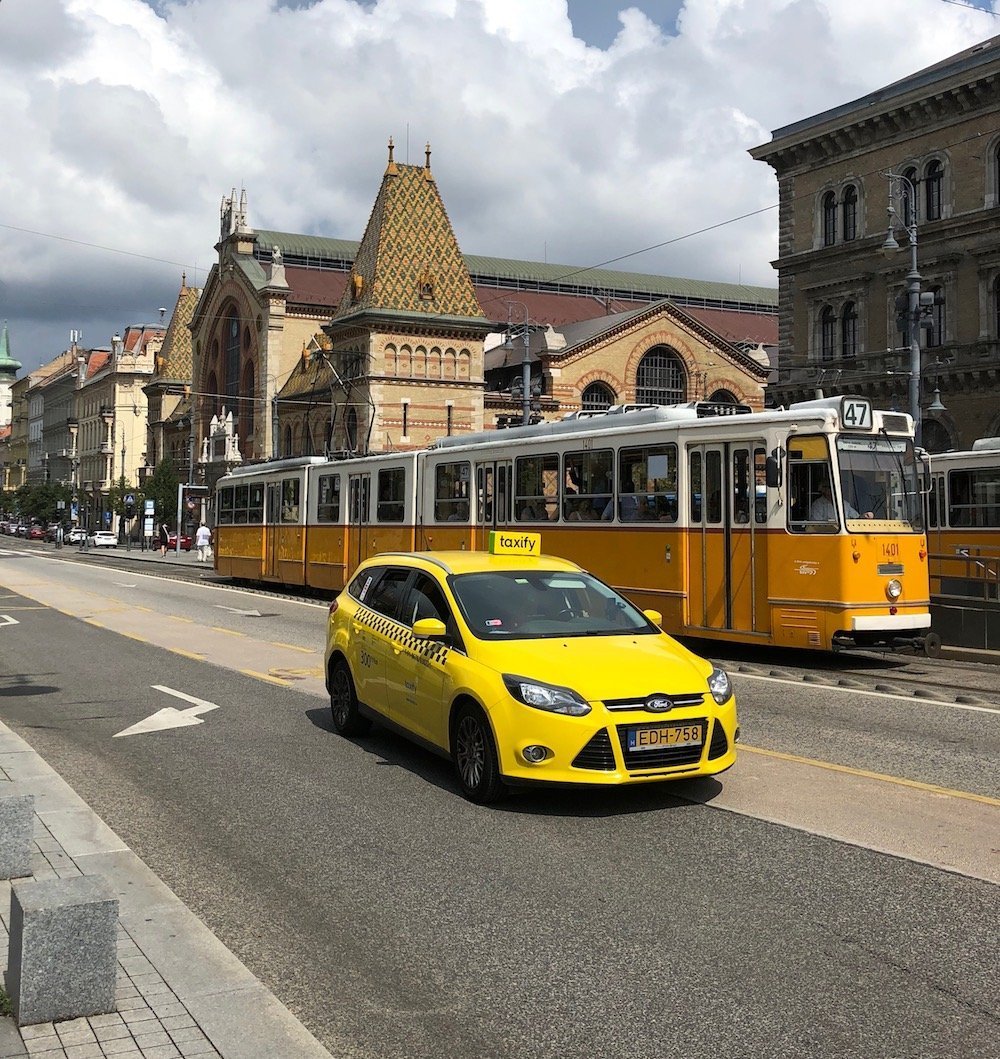 Tram outside the Great Market Hall

It’s easy to jump from tram to bus to metro to get wherever you want to be, and even if you have no idea where you want to go, it will take you somewhere worth seeing.

Budapest had the first underground railway on continental Europe when its Yellow Line opened in 1896, the city’s 1000th birthday.  It is still handy for getting about the inner city and the old stations are worth seeing.

Other parts of the Metro were built during the Soviet era and are deep underground. The escalators are so long you can’t see the bottom from the top.

There is also the option of walking, whether it’s along the banks of the Danube (which, by the way, is brown not blue at this point) or one of the many tree-lined avenues and boulevards.

Margaret Island, a walk, bus or tram ride away, is a peaceful slice of green in the Danube where, amid the gardens, a fountain “dances” to the work of one of the great composers (or pop songs) every hour. 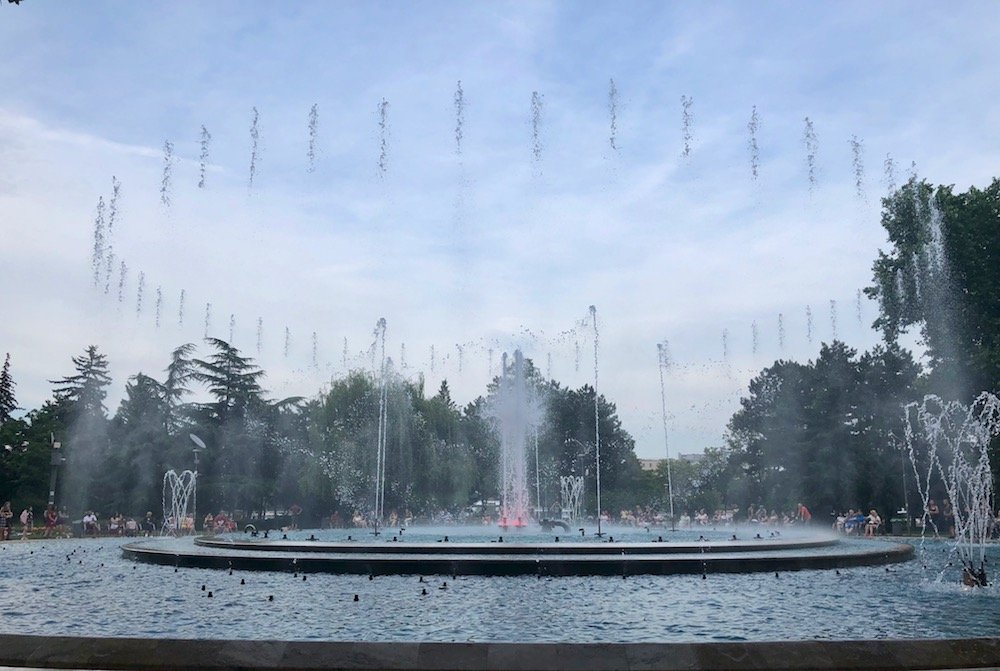 The dancing fountain at Margaret Island

There’s a poignant reminder of Budapest’s past on the Pest river bank where 60 pairs of shoes – big and small, boots and heels – cast in iron, are a memorial to the 3500 who were shot into the Danube during the reign of terror of the Hungarian Nazi party, Arrow Cross, in 1944-45.

The grim past is also laid bare at the House of Terror.  Now a museum, the building was taken over by Arrow Cross during World War II, and then by communist terror groups from 1945-56.

It is a sobering walk through Hungarian history and the traumas its people suffered while young Australians were happily going about their business in the second half of the 20th century.

Today there are queues to get in, but it was in my lifetime that few got out alive. 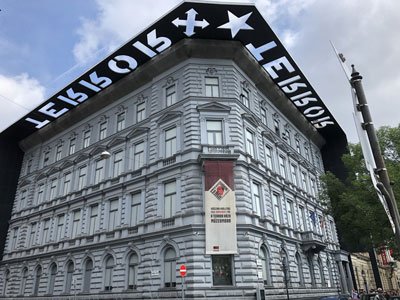 House of Terror is a monument to its victims. 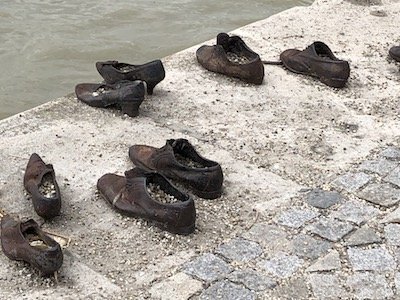 Hope sits at its entrance in the form of a chain sculpture, an iron curtain, with the words: It isolated the east from the west. It spilt Europe and the world in two. It took away our freedom. It held us in captivity and fear. It tormented and humiliated us. And finally we tore it down.”

From grand churches to impressive monuments; colourful gardens to pretty pools; and leafy courtyards where a string quartet plays to the bustle of the Central Market Hall, Budapest has a fresh liveliness that mingles with its rich history.

Island groans with its penal past
The world in our backyard