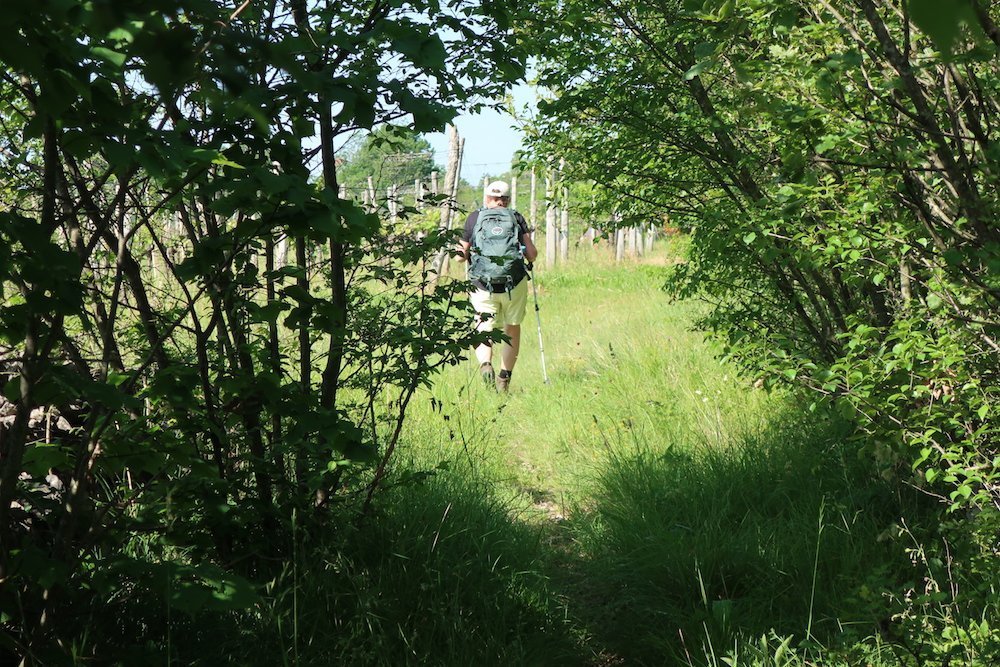 Snow-capped mountains rise from a sea of green to stand guard of honour as the plane touches down in Ljubljana, the capital of Slovenia where this adventure begins.

“And just where exactly is Slovenia?” my 60-something friend had asked when I suggested she join me on a hike through this small central European nation. “And how long is this walk?”

While the experience-hungry hordes have been flocking to Croatia, its little northern neighbour is still largely untouched by tourists, although the call of its countryside is growing ever louder.

In 1991, Slovenia was the first republic to split from the former Yugoslavia. It joined NATO and the European Union 13 years later and hasn’t looked back.  It’s at the crossroads of Europe, or as one local guide puts it, “Europe’s Highway A1”.

The Romans, the Crusaders and Napoleon’s troops all passed through enroute to the Holy Land or the trade routes of the East, leaving behind traces of their knowledge and culture.

Bordered by Austria, Hungary and Croatia, Slovenia has 47km of coastline on the Adriatic Sea and with just over two million people, they can claim about 1.7cm of beach each.

Almost 70 per cent of the country is forest and the climate ranges from sub-Mediterranean to Alpine – and thanks to the underground rivers of the Karst where we are to walk, it has the most water per capita in Europe.

Fully organised by the UK tour company On Foot Holidays, all we have to do is pull on sturdy walking boots, shrug on a backpack, grip a pair of walking poles and we’re off. 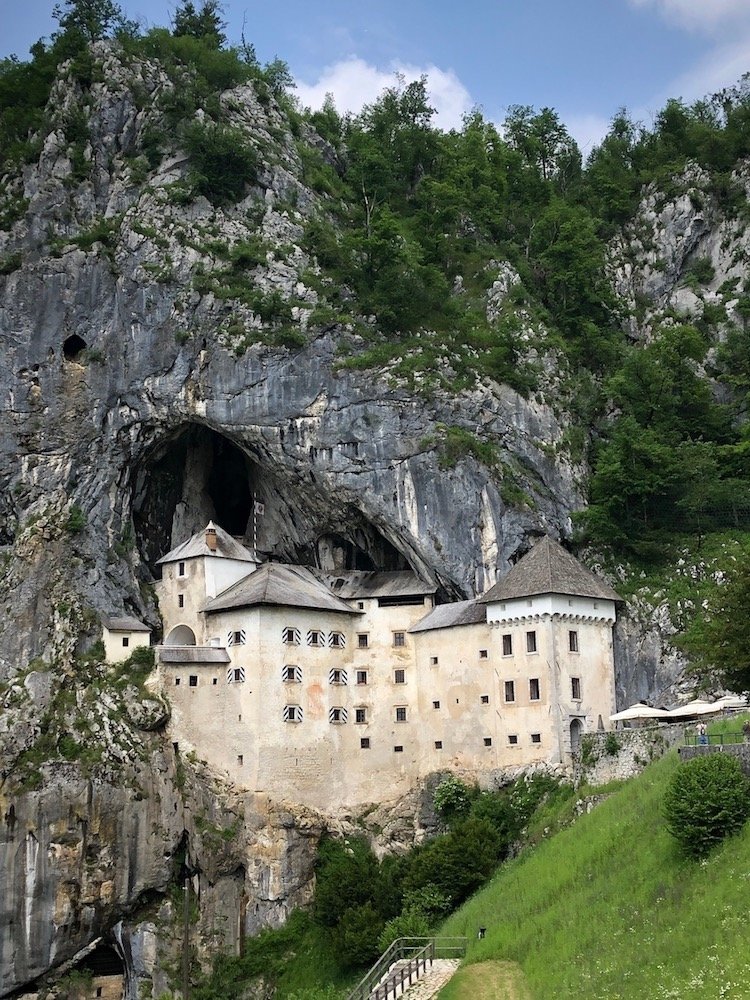 Predjama Castle is dramatically set into a cave in the limestone cliff face.

Officially the walk is from Ljubljana to Trieste in Italy, although local driver Gregor drops us off at our starting point in Landol, about 60km down the highway from the capital. He then takes our bags on to that night’s stop at a tourist farm in Hudivec.

After a glorious couple of days exploring the wide, clean streets of Ljubljana and its old castle that stands sentinel on the hill, it’s now just the two of us in the wilds of Slovenia.

Armed with lots of innocent enthusiasm, comprehensive maps and blow-by-blow instructions as well as On Foot’s valuable “Blue Book” guide to everything, we set out.

The first day is described as a 3½ hour easy to medium walk, although we somehow manage to turn 15km into five hours.  First stop is the magnificent Predjama Castle, the largest cave castle in the world that looks like it has dropped straight out of a Harry Potter film. As it turns out, it was used in one film.

From there it’s on through woods and meadows ablaze with wildflowers, a stop for lunch under an ancient elm in Strane, to Hudivec. And what a joy it is to see a delightful tourist farm with its dramatic mountain backdrop come into view. I’d made it through Day 1.

Hosts Emilijan and Katya introduce us to the local soup, jota, a delicious mix of sauerkraut, beans, garlic and ham, followed by the biggest slab of meat I’ve ever seen served with vegetables, and then cream cake.

Next morning our generous hosts hand us a picnic lunch before we depart for a 16km trek across the lower slopes of Mt Nanos to Vipava.

Even though we had decided against taking the high route, it still proves to be strenuous walking through woodland and forest, across scree, and down rocky trails, all the while surrounded by spectacular views across the valley and under the shadow of Nanos.

The last few kilometres, all downhill, are the hardest so it is sheer bliss to cross a pretty little bridge and enter the clean and postcard-perfect town of Vipava.

Following the instructions provided, we soon arrive at the arched entry to a courtyard and the day’s reward.

Host Nevenka immediately makes us welcome with a drop of her pear firewater and then, as we sit in her shady courtyard under a big old tree dripping with figs, her son delivers a bottle of riesling from his boutique Wipach winery. The region’s grapes and sweet water make it an excellent drop.

Breakfast is huge and the table open for us to pack our picnic lunch.

Before setting out on another 16km walk, mostly uphill to Stanjel, we wander around Vipava, which has 25 bridges, flowers blooming from every balcony and path, and streets so clean they appear to have been mopped that morning. 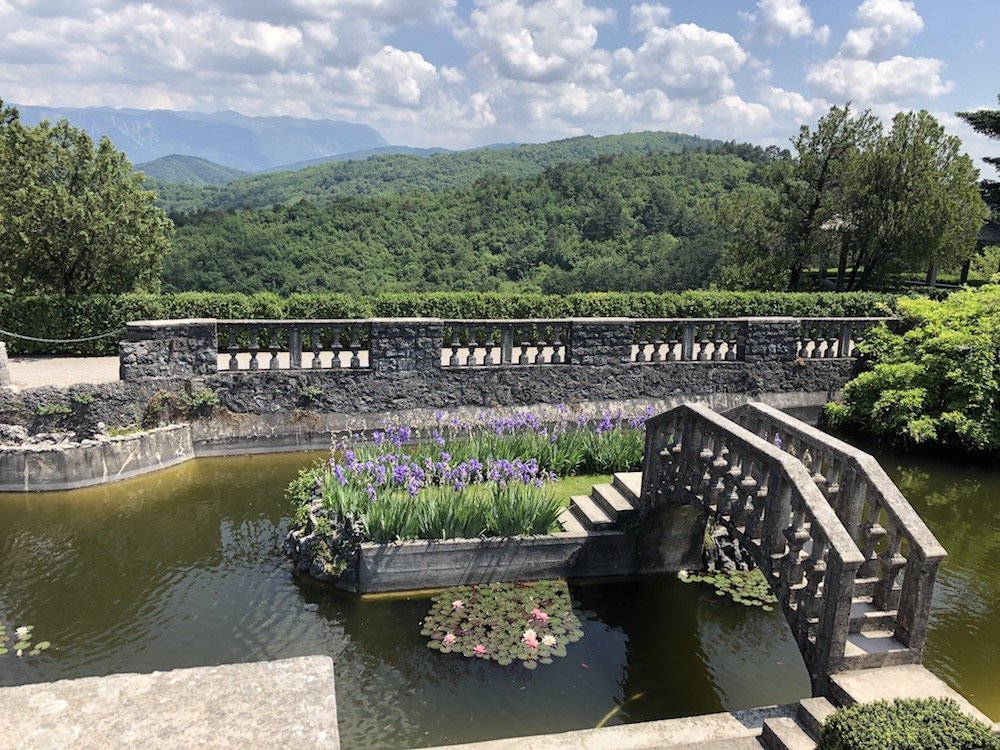 The route is meadows and woodland dotted with quaint villages.

Stanjel, once called St Angel, is a walled hilltop village with quaint narrow streets. Nassa Desella host Marija directs us to the nearby Ferrari Garden, a peaceful place of terraced lawns, pond, and panoramic views of forest-coated mountains and vineyards.

Some of the houses sit empty, never having recovered from heavy fighting during World War II.

Dinner is in Goce, a small village on the next hill where the Mesesnel family delivers a full degustation experience with wines from their own cellar.

The tiny hilltop village of Goce, with its narrow streets and stone houses largely abandoned since World War II, seems a most unlikely setting for fine dining and yet in the charming courtyard of Cejkotova Domacija, the Mesesnel family delivers a desgustation menu from their own garden, farm and vineyard.

Davorin Mesesnel and his father set about renovating the 11thcentury property in 1991, the year Slovenia broke away from Communist Yugoslavia.

“An architecture student came up with the idea of renovating the whole village, so my father decided to do it,” he says.

Today, it is a family enterprise with his wife Jelka, son Tristjan, and daughter Petra all contributing their own skills in perfect combination.

With a hedge of hydrangeas and a clocktower overhead, the paved courtyard with its heavy wooden gates is an evocative setting.

Each course is served with the story of where it came from and how it was made; stories of young cow cheese, olive oil, local herbs, and prosciutto dried in the basement with “just salt and pepper”.

Frittata is another legacy of the area’s 30-year Italian occupation, and who would have thought a soup of brussel sprouts could taste so good?

Davorin also hosts a candlelit tour of his cellar and wine tasting between courses.

Most of all it’s enthusiasm which makes the hospitality outstanding and adds flavour to the experience.

Apartments for visitors to stay in this hidden part of Slovenia are on the way.

It’s worth a stop. 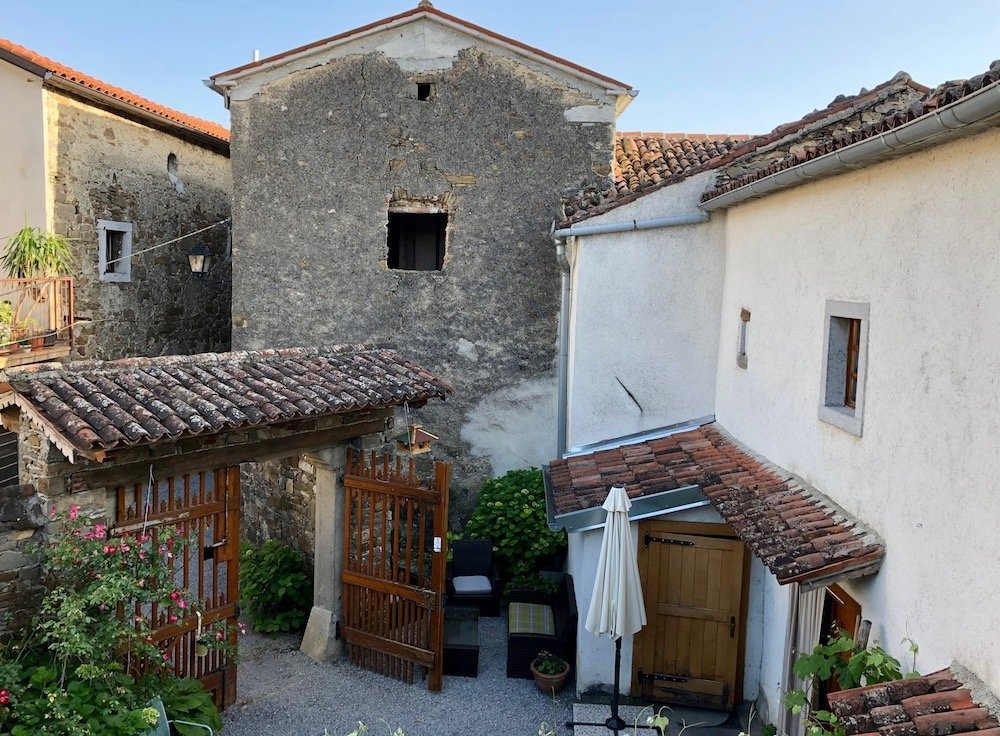 Cejkotova Domacija, a perfect setting where the Mesesnel family delivers a desgustation menu from their own garden, farm and vineyard.

Fortunately, the next day’s walking is an easier 11km to Tomaj and with picnic lunch on board, we head across the wooded Karst to the home of the Teran wines, prosciutto and pancetta.

The walking is easy, past cherry trees loaded with fruit for the picking, vineyards and through meadows of wildflowers.  It’s a cruise into Tourist Farm Skerlj, the Tomaj accommodation where, as always, the luggage is waiting.

We will spend two nights here to take time out to see the famous Lipizzaner horses at Lipica, the town which gave them their name.

We walk to Sezana for lunch in a picturesque botanic garden and then head on to Lipica in time to see the horses on show. All up, it’s a 15km hike and we are relieved that the On Foot Holidays team has organised a taxi home.

And then it’s the final leg. As always there are shortening options, so with the heat bearing down as we trudge across the border into Opicina in Italy, we decide to take the recommended bus and cut the day’s walk from 21km to 15km.

As we celebrate with a spritz on the Trieste canalfront, we congratulate ourselves.  For two non-hikers without training or preparation, we had seen it all. 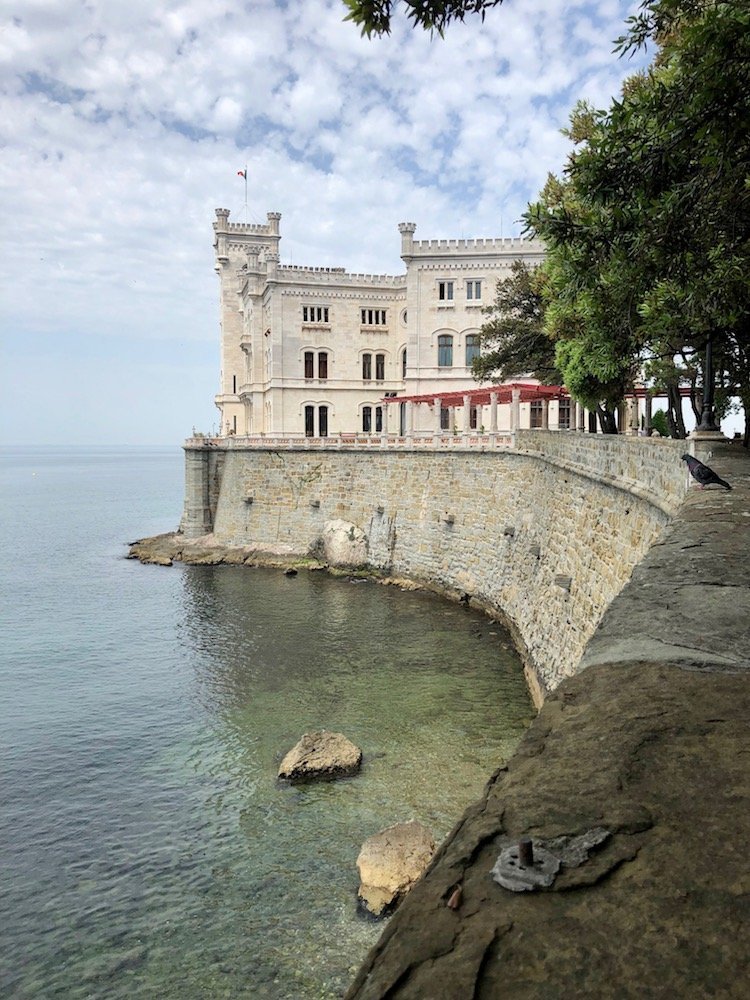 We emerge from the woods to the Adriatic Sea at Trieste where Miramare Castle stands in all its splendour.

Did I say a stroll? No, it was tougher than that, but if someone who had walked only a block to the shops in the months preceding can do it, anyone can.

It had been a mighty six-day challenge into the very heart of Slovenian culture. We heard all manner of birds including cuckoos, fed on roadside berries, drank sweet spring water and experienced the country as only a walker can.

The Karst Culture and Landscape walk is one of 32 inn-to-inn self-guided walks offered by On Foot Holidays. This one was easy to medium but there are all ability levels available and a choice of 12 European countries.

Everything is taken care of and a comprehensive travel information pack provided.

Your Time readers can book any of the On Foot Holidays self-guided walking tours for 2020 at 2019 prices. Just select the preferred country and route and a departure date and get ready to start walking.

Dot Whittington walked as a guest of onfootholidays.co.uk

Iceland – The wild and wonderful land of fire and ice
What was that again?