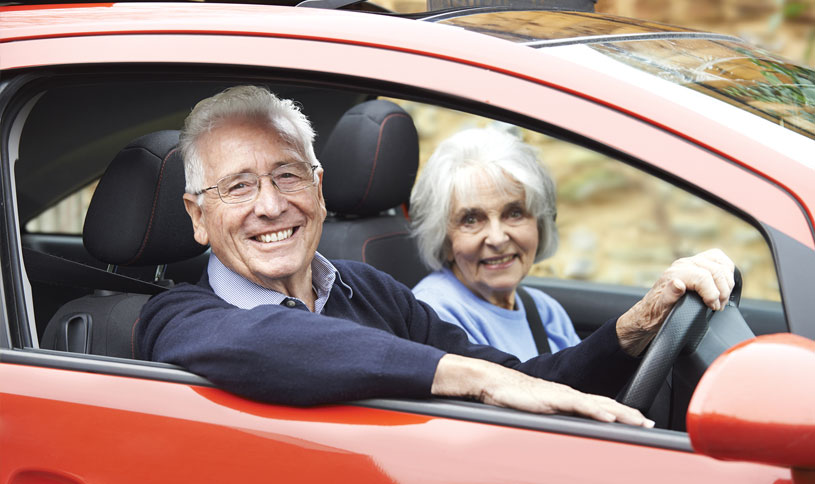 There’s no set age that tells us time’s up, that it’s the end of the road as far as the driver’s seat is concerned. But we do need to consider our own safety and that of others.

Queensland’s peak motoring body, the RACQ, has done a mountain of work in the area and has various programs that will assist us to become safer older drivers.

But none of them can really tell us when to stop and call it a day.

According to RACQ experts, that’s a decision that should be made by the individual in consultation with a GP.

“As we age,” says a spokesman, “our reaction times can become that little but slower. Our eyesight may not be what it was, and our hearing is often diminished.”

When those physical and mental changes are minimal, they don’t necessarily mean we have to give up driving – something that many seniors continue to enjoy and whose quality of life could be severely affected should they have to give it up.

“But it’s something we’ll all have to consider at some stage,” says the RACQ. “And a conversation with your GP is important here. It’s a conversation that has to happen for seniors to feel confident behind the wheel.

“The same conversation could be held with family and close friends – those who have your interest at heart and whose advice you feel you can trust.”

The risk is, of course, that as our physical abilities and nimbleness of mind begin to decline, we can become a danger to ourselves and others.

That doesn’t mean we should hand in our licence at 65. It does mean we need to pay closer attention to driving skills that have so far been a kind of sixth sense.

“That’s where your GP comes in,” says the RACQ. “He or she will be best placed to assess abilities and impairments if any.  You don’t want to be at risk of harming yourself and, heaven forbid, others. “

In Queensland there are legal requirements for drivers over the age of 75.

Everyone 75 and over who holds a Queensland driver’s licence must carry a current medical certificate at all times when driving and comply with any stated conditions – you can be fined if you don’t.

If you don’t have access to a printer, ask at your health professional’s surgery if they can download and print the form for you. You can also get this form from a transport and motoring customer service centre, at a participating QGAP office or at a police station in rural areas.

You must show your medical certificate to a police officer if they request it.  Drivers 75 and over are subject to regular medical assessments. This means you must go back to your doctor at least every year. It doesn’t affect the expiry date of your driver’s licence.

If you are turning 75 and hold a current licence, you may receive a letter from Queensland Transport about six weeks before your 75th birthday to let you know you now need a medical certificate if you want to continue driving. As you get older, says Queensland Transport, how you process information, your vision, and your ability to move, changes. It’s important to know how age affects your driving.

It can become more difficult to change focus and see detail, such as traffic signs and to see objects and obstacles such as pedestrians or people on bicycles.

Recovering from glare such as oncoming headlights or the afternoon sun or adjusting vision between dark and light can take longer and it can also become hard to spot things in your side vision.

Medical conditions such as cataracts, glaucoma and diabetes can also affect your vision. It’s important to have your eyes checked regularly, keep the prescription for your glasses up to date and modify your driving patterns. For example, think about limiting or avoiding driving at night or twilight and when it’s raining.

What once were simple things, such as turning your neck to see while reversing, become progressively harder as we age.

This needn’t prevent you from driving (I passed a test at 66 by which time I was finding that head turning movement increasingly difficult) but you do need to be aware of it. And the ageing process will tend to slow your ability to process information and react to it.

When planning a trip, think about whether you are comfortable driving at peak hour, merging on to a busy freeway, changing lanes in traffic, travelling an unfamiliar route and dealing with a busy intersection or roundabout.

You can modify your car to help compensate for age-related changes. For example, installing special wing mirrors to  improve your side vision. Use the RACQ self-assessment questionnaire to check your current driving capability.

WHEN TO  hang up your keys

PRINCE Philip, the Duke of Edinburgh, surrendered his driving licence after being involved in a road accident five months before his 98th birthday.

He was unhurt but the incident sparked fresh debate about the safety of older drivers.

Mr King, however, told The New Daily that if driving restrictions based on age and safety were introduced, younger drivers would more likely be restricted.

“The decision to hang up your keys is a tough one, but it should be based on personal advice from your GP and family rather than being based on some arbitrary age,” he said.

Professor Barry Watson, from the Centre for Accident Research and Road Safety at the Queensland University of Technology, said there was no age when driving became less safe.

“What influences safety is not chronological age but how medically fit they are to drive and that can vary widely from person to person,” he said.

Vision can deteriorate from the age of 40 and the risk of being involved in a road crash only increased slightly until the age of 75.  And even at that point it’s still a lower risk than it is for younger drivers,” Prof Watson said. “The highest crash risk is young people very new to driving, or young people who have just got their provisional licence, in that first six to 12 months of driving.”

The Council on the Ageing in Australia (COTA) is among groups which say driving restrictions should only apply to medical conditions.

“We oppose automatic age-based cut-off because people’s capacities vary so enormously,” COTA chief executive Ian Yates said. “There are people that shouldn’t be driving in their 40s and 50s and people in their 80s that have never had an accident or incident in their life.”

Mr Yates said current policies in Australia were “ageist” and a non-aged-based alternative should be sought in the same way 65-year-olds are no longer required to retire.

JET Rowland was only 22 months old when a driver suffered an epileptic fit while driving on the Logan Motorway.  The resulting crash killed Jet and left his brother paralysed from the waist down. Medical Condition Reporting Legislation introduced after the tragedy is called Jet’s Law in honour of the little boy. The law says that drivers with medical conditions must report that condition to Queensland Transport.  It’s another reason to have a frank conversation with your GP who will be able to tell you how the law affects you and your driving. Failure to disclose a condition is an offence.

Rising risks
As our population ages, older drivers are becoming more at risk of being killed or seriously injured on the roads, says the Transport Accidents Commission.

While the risk of crashes in young drivers is risky driving behaviour, in older drivers it is increased frailty and issues associated with ageing that create the risk.

Drivers aged 75 years and over have a higher risk (per distance travelled) of being killed in a crash than any other age group.

As we age, our bodies become more fragile and those particularly in this age group are more likely to be hurt or killed in a crash. Many older people are perfectly capable of driving safely, yet physical and mental changes that often come with ageing can affect how well older people drive.

Tips for older drivers
• Fatigue: do not drive at times when you would normally be asleep.
• Alcohol: Plan ahead and avoid driving if you are going to be drinking alcohol.
•  Medications: Alcohol can also cause adverse reactions with some medications. If you are unsure, do not drive.
•  Distance behind the vehicle in front: as we get older our reaction times get slower. Leave at least a two second gap between the car ahead. In wet weather, at night or in low visibility, allow a four second gap.
•  Use daytime running lights: this makes it easier for your car to be seen by other drivers and will make it easier for you to see on a dull day.
•  Head checks: it is important to turn your head to check for vehicles in your blind spot, especially when merging, changing lanes or before moving off at an intersection. Try turning from the waist to make this easier.
• Take your time: it is easy to feel pressured to increase speed if there is a line of traffic behind you, or a car tailgating. Pull off the road to let them pass if you need.
•  Heavy traffic: Avoid driving in peak hour traffic if possible.
•  Long trips: make sure you have a good night’s sleep before you leave and plan regular rest and refreshment breaks during the journey.

The RACQ offers a program to help older drivers stay safe on the road.  The Years Ahead Program is a 45-minute presentation aimed specifically at older groups.  It covers recent law changes, medical considerations for drivers and options (such as motorised wheelchairs where appropriate).
If your group might benefit from the program call 1300 853 658.

Looking for gold in the oldies
Enduring conflict with children