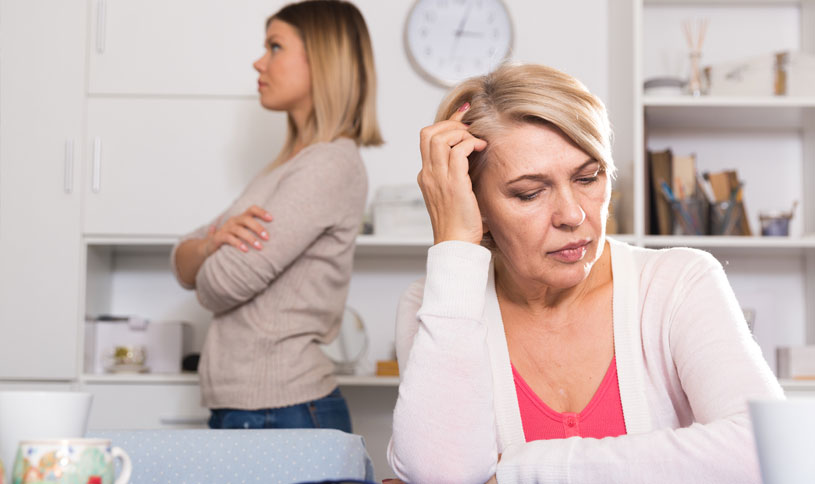 She cooks as she waits for her son who will visit for a few days.

He is an alcoholic and living in assisted housing in Brisbane’s Fortitude Valley, which he hates.

Five years ago, his wife filed for divorce asking him to leave their northern suburb family home, and he has been virtually homeless and lurching in and out of rehab ever since.

His retired parents Janet and Hugh*, feel helpless as they are forced to stand-by and watch as their eldest son is controlled by a deadly addiction.

“He has moments of lucidity, but then when he gets lonely, he binges,” Janet says.

“He can drink a bottle of sav-blanc in about four gulps.”

Mental illness, which includes alcohol, illegal and prescription drug use, and the medically recognised issues caused by bipolar, manic depression, histrionic personality disorder, to name just a few, is not restricted to dysfunctional households.

Nor from any one socioeconomic group. One of the best known examples of this is the tragedy of Harriet Wran – the 31 year-old daughter of the late Neville Wran (former New South Wales premier) and Jill Hickson Wran – whose anti-social and illegal acts have resulted in her arrest and national news headlines.

Jill Wran, now in her early 70’s, has stood by her daughter who, three years ago, narrowly missed serving jail time when involved in a drug deal gone wrong.

When Harriet went into rehab, she admitted to being ‘hopelessly addicted’ which is evident following her arrest again earlier this year.

Her mental illness is the potent and deadly illegal drug crystal methamphetamine, known as ice.

This time, Harriet acknowledged that her mother was, “…devastated, and barely able to look at me.  She suffers as a result of my failure”.

A cruel dilemma for ageing parents is having to make the decision to walk away from their ill child to focus on caring and assisting their grandchildren, and in some cases, great grandchildren.

It took many sessions with a psychologist for mother of identical twins, Lenore*, 72, to cut herself off from one of her daughters.

For decades, Lenore has battled to accept and understand her daughter’s unpredictable and often bizarre life, which she shares with questionable partners.

“The type of men you don’t trust to have in your home. You certainly locked up any cash when they were around,” Lenore reveals.

“One, who lived with her off and on, finally left when she became pregnant. At one stage he threatened to kill us all.

“My psychologist described my daughter as narcissist with a borderline psychotic disorder.”

Lenore worried for her grandchildren, often finding them unfed and missing school. “While my daughter had a full-time professional job, she was irresponsible with money.

“She stopped paying her mortgage and the bills piled up. Finally I said we couldn’t keep paying two mortgages. We needed to support her children.

“She looked at me with so much hate in her eyes, as though I was the root of all evil, and it was my fault she was this way.”

Only then could Lenore take the hardest steps any parent can make. She cut off all contact with her daughter.

Increasingly grandparents are turning to psychologists to ease the stress and emotional trauma of their adult children, and to find an explanation for their behaviour. It isn’t always only the emotional pain; the unplanned and unexpected financial cost can be considerable.

Helen*, 78, worked 50 years and finally retired with a modest self-managed superannuation fund topped in part by the age pension.

“My late husband and I supported our daughter from the time she left school at 15,” she says.

“But I always believed, sooner or later, she would start to care for herself, but it is not to be. She cannot hold down a job, and has been on anti-depressant medication for most of her life.

“She is a heavy user of marijuana, which she says her psychiatrist agrees with as it is necessary for her health. I have to believe her, she is an adult.

“But how would I know? Privacy laws make it impossible for parents to gain access to their adult child’s medical and/or police records.

“It is only now, since her children have left home, that I know there were times when she left them alone without food for days at a time.”

Helen finally made the decision to stop being involved in her daughter’s life, and to stop helping her both physically and financially. She is focusing on her grandchildren.

“I went to a financial adviser who worked out a budget for me and what I could afford annually to give to my 47-year-old daughter.

“Then I wrote her a formal letter advising her of the same. She rejected this of course, with a torrent of abuse, but then, she must have gone to her psychologist or psychiatrist (I have no idea who she sees) and she has now accepted this new regime.

“She has now stopped shouting at me, and we chat as acquaintances.

“But still I walk on egg shells.

“It is heartbreaking, but at least manageable, and of course I still worry about her.”

Helen says her daughter has made moves to take over the responsibility of her finances: “…you are getting older mother and I see you are getting frail.”

“We are living longer, and are most likely to be fitter than previous generations,” John says.

“Retirees are also enjoying their retirement, evident by the increase in cruising holidays, which sometimes can lead their children to take the view that this is their inheritance being spent.”

Australia does have an excellent welfare system, and support groups for sufferers, including NDIS, Headspace, Opens Minds and Carers Australia, but first the sufferer has to accept and agree to treatment. This happens when they are young and in full parental control, but as Helen’s daughter told her when she turned down a government disability pension: “I don’t want to be seen as a mental case.”

“I miss the friendship we should have had,’’ Helen admits.

“I miss loving my daughter. There’s always a hole in my heart.”

*Names have been changed.

Making time for yourself
Supporting someone who is using drugs and alcohol is difficult and exhausting.
Leading Australian support service Beyond Blue offers many tips on how to help struggling loved ones.
• Help them stay connected with friends and family who are good influences.
• Introduce a positive hobby like hiking, bike riding or swimming.
• Ask what you can do to help them.
• Provide practical support, such as helping with cooking or chores.
• Encourage them to talk with you or someone they trust.
The Beyond Blue team says it is important to take care of your own health and wellbeing during this time. Look after your physical health, take time out to do things you enjoy, and have your own supportive friends to call on when you need it.

Here are some useful self-care ideas.
• Make time for yoga or meditation
•  Meet with friends who you trust, and whose company you enjoy.
•  Take a break. Remove yourself from the situation for a while.
• Take care of your own physical health.
For more information or support, visit beyondblue.org.au or call 1300 22 4636.

Inner peace begins the moment you choose not to allow another person or event to control your emotions. This is the wording on the sign hanging in Sunshine Coast psychologist Rachael Reed’s office.

Rachael says that as she has aged, so too have her clients, and she is seeing an increasing number unable to cope with their adult children.

“I even see some children in their early 20’s terrorising their parents,” she tells Your Time.

“Parents, set out to raise self-sufficient children, but there are some who cannot or do not want to deal with a drama, with someone, or with life, and they hook the parent in and make a triangle.

“If the parent tries to pull away from the drama and break out of the dance, the child ups the ante and pulls them back.”

Rachael says some adult children with mental and social issues, play on the guilt button.

“This is the hardest time for a parent, to switch off that guilt button,” she adds.

“Some have learned to play the victim and the parent steps in to rescue them.

“This can go on for decades.

“Common is the scenario that when the result is not what the child wants, the rescuer, i.e. the parent becomes the perpetrator. It is all your fault.”

It is the ever present fear of opening the door to find police officers bearing the news that something has happened to a child that makes elderly parents hopeful they can “make everything right.”

“There can be alarming consequences, once parents step out of the triangle as they then show their child that they are now on their her own journey.

“Significantly, they are also declaring they no longer owe them any favours, and they have to be self-sufficient and live within their means.

“They have always found money for drugs, or alcohol and by supporting them financially parents are enabling this.”