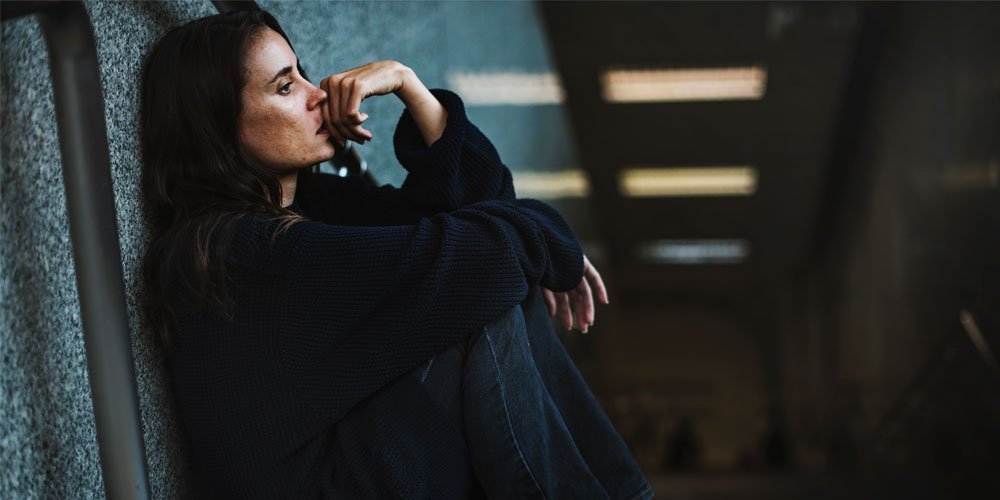 We see them on the street. Those poor folk – often with obvious mental issues – who sleep in alleyways, doorways and under bridges.

But few of us imagine that we’re but two or three paydays away from sharing their fate.

The homeless tragedies we witness on our streets aren’t even the tip of the iceberg. Most homeless people hide in plain sight.

And increasingly they are women aged over 45.

“People may not realise that the well-dressed woman you meet at a function is homeless and alone,” says Lynette Loffel of Housing for Older Women.

“They are isolated. She could be a fugitive from domestic violence, divorced, cash poor and unable to afford a private rental. The banks and mortgage lenders won’t touch her.”

Some of them are couch surfing, others may be house sitting. Some sleep in their car if they have one.

But all face, at some stage, the problems of clothing and feeding themselves as well as access to basic hygiene. It’s stressful and demeaning – particularly for women.

“Single or divorced women over 40 find it hard to get a job,” says Ms Loffel. “They cannot be sure of being housed for the rest of their lives.”

For people without a roof over their head the issue is simple, they just need to survive any way they can. But for those who seek to offer assistance and search for reasons, it can be a complex issue.

“Women can become homeless for a range of reasons,” says Mark Tucker-Evans, chief executive of Council of the Ageing (COTA) Queensland, a non-profit agency supported by the state government.

“It could be a result of family breakdown leading to divorce. That’s just one cause.”

But the common denominator is that many, if not most, are unable to buy a home. They are forced into the private rental market where owners – understandably – need to make the maximum return.

As property prices escalate so too does the rent, so if the rent goes up and you can’t afford to pay there’s only one outcome.

“There’s a need to ease the situation especially for women subject to domestic violence,” Mr Tucker-Evans says. “We also advocate for alternative accommodation for renters when landlords resume their property.”

And Queensland, he points out, is a state of regions.

“This problem needs to be addressed at all three levels of government,” he says.

“Government is looking at action plans, but we remain concerned that while some are doing well in the current circumstances, others struggle to make headway.”

“Yes, it’s a long and complicated story,” she says. “But where the will exists it can be addressed.”

Gender inequality has fed into what is becoming a homelessness crisis. Women generally retire (if that’s the word) with substantially less superannuation than men.

The pay gap contributes of course but many women will have worked in casual or part-time roles while simultaneously keeping a home and raising children.

She cites the experience of one contemporary whose mother worked as a cleaner and earned more than the daughter who had a post-graduate degree.

Over-60s women had their kids when single-income families were the norm. Such women have little if any superannuation. Their average super works out at about $80,000. It won’t fund their survival.

“Many women now find themselves in a precarious position in the private rental market,” Ms Shambrook says. “Average occupancy is about two years, so these people have to move around, often sacrificing their social support groups.”

Many don’t identify as homeless, though. They may be living hand to mouth in private rentals, house sitting, house sharing – or worse.

Q-Shelter, also a non-profit organisation, is working to have the problem addressed.

“Your whole being goes into where you’re going to be,” Ms Shambrook says. “Health suffers. How to keep clean, clothed and fed are permanent worries. Getting the basics each day is a huge effort.”

Some live in their cars, which means they have to keep a vehicle in reasonable condition.

“You have to keep going,” Ms Shambrook says. “You’ll be moved on very quickly if you are found sleeping in your car. Access to showers and hygiene become more and more vital.”

Yet they see themselves as needy rather than homeless.

In a modern nation of 25 million people it’s hard to accept that this is happening.

Ms Shambrook believes it can be solved, if there is political will.

“Housing is key to stability yet so many people are just two or three pay cheques away from being homeless because once you can’t pay your rent or your mortgage, that’s the road you’re on.”

Lynette Loffel is, as she puts it, housed. However, since her divorce there has been a steady deterioration in her living standard.

She now shares a rental property “but I am not housed for the rest of my life,” she says.

“I tried buying a property when I reached pension age but soon realised I couldn’t pay a mortgage. Not being able to buy a house again is an issue. Bosses think we are unemployable and it spirals down from there.”

Part of the problem is that developers, for their own good reasons, tend to build housing estates that cater for families. That’s where they perceive their market is, but it leaves little room for nans and/or pops.

“We need a new approach,” Ms Loffel says.  “There needs to be new financial models so that older people can have security of housing instead of having to live at the whim of private landlords.

“Some women, and men for that matter, are willing to share a house but that’s not suitable for all. There needs to be options.” 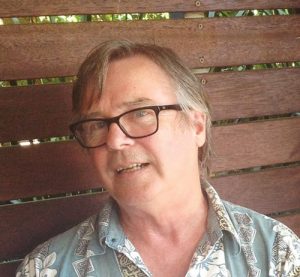 It is with great sadness that the team at Your Time announces the sudden and unexpected death of our dear friend and respected colleague Russell Hunter.

Russell has been a long-time contributor to Your Time, most recently writing about coming to terms with bereavement after the death of his life partner last year.  A journalist to the core, he would be pleased to know he had met his final deadline with this month’s feature, a topic he had identified as important. It appears as a closing salute to his work.

Russell had a long and distinguished career.

Born and educated in Dundee, Scotland, his work as a journalist, editor and newspaper manager has taken him around the globe.

He was a daily newspaper editor in England and CEO of newspaper companies in PNG, Fiji and Samoa. Russell was co-owner of the Brisbane street paper Time Off, before moving to chief sub-editor of The Australian 1992-1996 and then editor of the Fiji Times in 1997.

His devotion to the principles of democracy and media freedom resulted in his abduction and subsequent deportation from Fiji by the military dictatorship that seized government at gunpoint in 2006.

He was well past 60 before realising his long-held dream of publishing a book. His thriller Solid Oil was picked up by an American publisher.

In his so-called retirement years, he worked as a sub-editor for News Corp as well as being a regular writer for Your Time.

Russell loved his work and had no intention of sitting about. He was already planning his next story.

Russell was 73 in June. He is survived by his daughters Shonagh and Rhianna and his beloved two-year-old granddaughter Lila.

He will be greatly missed by all of us.

Continue Reading
You may also like...
Related Topics: russell hunter

Dining out – a taste for change
Buried in treasures