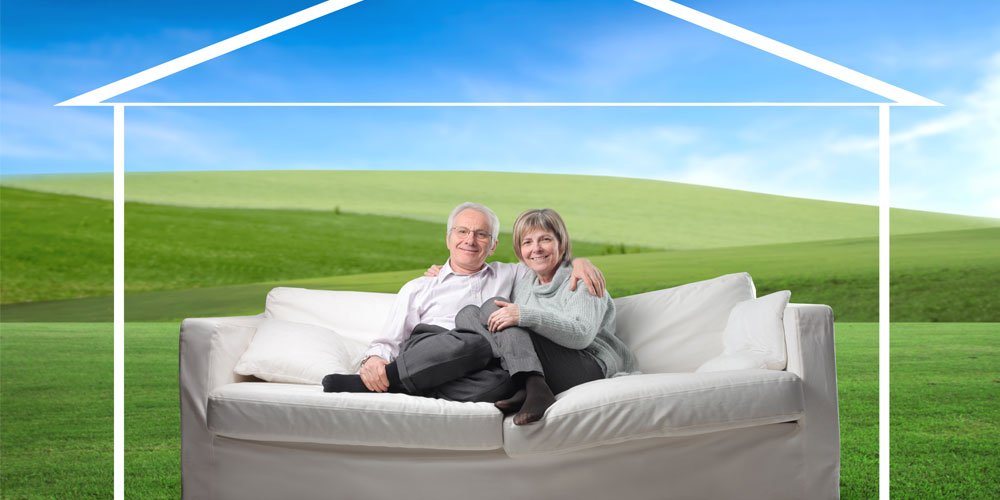 You can’t eat the family home. It’ a truism increasingly confronted by the Baby Boomers who, in their golden years, discover themselves asset rich and cash poor.

Having come to the compulsory superannuation table slightly late, they may find themselves short of retirement cash. They may occupy a high-end home, all mortgages paid, with children ready to inherit.

In many cases that home may well have been in the family for generations. Selling outside the family is just not an option.

That said, a couple can’t live on the age pension, at least not with any degree of comfort. And comfort is the one thing that we crave in our golden years.

So people of that age group have started to explore ways to release some of the value of their assets – usually the family home – without having to dispose of them completely.

That’s where the reverse mortgage system comes in: You can borrow a portion of the value of the home and pay it back – with interest – when you die or the home is sold.

And if that sounds too good to be true, it isn’t. But there are pitfalls.

Reverse mortgaging is not for everybody. Already popular in the US, the reverse mortgage concept is now taking hold in Australia as a means of releasing the equity tied up in a home. It allows individuals and couples to stay in their homes while “selling” a portion of them.

The attractive aspect is there are no monthly mortgage payments. The loan is repaid plus interest when the owners die or the property is sold.

Different providers allow you to borrow different amounts using their reverse mortgage home loans. Do your homework carefully to find the right loan for you. You could potentially borrow up to 45 per cent of the property’s value.

But the golden rule, as always, is shop around.

A simple internet search will bring up a bewildering array of lenders eager for your business.  Most are up front about the risks and pitfalls and most won’t even entertain you until you can show that you have acquired expert advice. If the lender you are looking at doesn’t insist on this, perhaps you should be looking elsewhere.

Advice can come from a CPA, a solicitor or a licensed financial adviser. It’s an essential step.

The same internet search will also bring up the Canstar comparison site which will serve as a useful point of departure, but don’t rely on it. Do your own research.

You’re highly unlikely to find a fixed rate for a reverse mortgage. Private sector loans, even in these days of near-zero official rates, currently carry variable rates at around the 6 per cent mark – which indicates the risks the lenders see themselves exposed to.  And there will typically be fees. These vary but an establishment fee of $900 with annual management fees of $80 would not be abnormal.

The game changer for many would be the entry of Centrelink into the reverse mortgage arena in mid-2019.

It’s an innovative way of using public money to make life more liveable for pensioners, many of whom would own their home or be close to owning it.

And because it’s public money, the rules and procedures are a little bit more complex and time consuming. There’s a fair bit of what many might call red tape.

Centrelink expert Narelle Cooper, who with her partner has a business specialising in helping clients navigate the Centrelink maze, has thoroughly studied the Centrelink concept and has already piloted a number of clients through the rules and procedures.

“It’s not for everybody,” she says. “But it can be very useful for people in specific circumstances.”

The interest rates tend to be a bit more attractive than those offered in the private sector.  There are no establishment fees, for example, while the variable rate would tend to have a figure 4 in front of it.

But, as always, you’ll need professional advice. Remember, the value of the family home or the home you live in and have equity in isn’t counted as an asset for age pension purposes, so it’s possible to live in a high-value property and be strapped for cash.

“It might be a couple or an individual with a home that’s been in the family for generations – and they’d like it to stay that way but they need cash income to support themselves in their later years,” Ms Cooper says.

But, she points out, nobody has a crystal ball: “You’re betting against future movements in the property market.”

You need to be an age or disability pensioner, a Centrelink allowance recipient or at least qualify as such in order to be considered for the government scheme. At the same time, part of the Centrelink upside is flexibility.

“You can usually transfer to another property,” says Ms Cooper. “Of course, you’d need to be assessed for that by Centrelink but there is at least the possibility to keep the program going.”

In general terms, the younger you are, the less you can borrow and while the loan isn’t due until the home is sold, you can make repayments at any time (as you can with most private sector offerings).

Centrelink will now consider loans over more than one property but unlike some private sector schemes, freehold is a must.

“The major risk,” says Ms Cooper, “is that the equity could become negative in the event of a market crash. Also, any potential residential age care needs in the future need  to be considered now.”

“Our research finds that back in 1987, only 14 per cent of older Australian homeowners were still paying off the mortgage on their home. That share doubled to 28 per cent in 2015,” report co-author Professor Rachel Ong ViforJ, of Curtin University told The New Daily recently.

“Over that time, average annual mortgage repayments have more than tripled from $5000 to $17,000 in real terms,” she said.

Some mortgagors are even experiencing symptoms similar to those of long-term health problems.

The key driver of mortgage debt growth is the housing boom and associated lifts in house prices, Dr ViforJ said.

“House prices have steamed ahead at a much faster pace and grown much quicker than income levels, meaning people are finding it more difficult to get into home ownership until later in life,” she said.

“It also means when people do get into home ownership, they have to take out a much larger mortgage debt in order to be able to buy that home.”

The increase in the number of people retiring with housing debt also has huge implications for housing assistance programs and, therefore, the government’s budget bottom line.

“We’re predicting that between 2016 and 2031 that the number of older Australians needing Commonwealth rent assistance is going to spike from 414,000 to 664,000 – that’s a 60 per cent increase and is obviously going to put a lot of pressure on government as well.”

Much of the government’s thinking was “outdated” when it came to managing housing affordability for older Australians, Dr ViforJ said.

Those policies assume Australians have paid off most of their mortgage when they retire; that retirees will have some form of nest egg, and will be able to get by on a modest pension.

Dr ViforJ said these assumptions were getting rather outdated and government needed to review public housing supply and the age pension size to ensure the problem didn’t continue to swell.

“We already have more older Australians that are carrying a mortgage debt and tipping out of home ownership. If you combine that with population ageing, that’s just going to blow out into a really large number,” she said.

Making it easier for retirees to downsize their homes could also take some pressure off older Australians, allowing them to bring down their debt levels and free up more money.

For many retirees, downsizing isn’t an option as the stamp duty costs and difficulty finding appropriate housing in suitable neighbourhoods makes it untenable.

Narelle Cooper cites her experience of an older couple who live in a $2 million home. Now in their 70s, they represent minimum risk in a reverse mortgage scenario. “But, again, I doubt if there’s such a thing as a no-risk scenario,” she says. “My advice, as it nearly always is, was to talk it over with the family.” Decisions we make today will have an impact on what our children and/or dependents can expect to inherit and could, potentially at least, expose them to a financial commitment if we ever need specialised care. In this case, the kids were onside so the couple can continue to enjoy the home and live a reasonable lifestyle. Everybody’s happy.

Don and Andrea – in their late 60s – are in good health, own their home but need cash to give them a better lifestyle. After a working lifetime of monthly mortgage repayments, it seemed to them that the Australian dream of owning a home wasn’t all it’s cracked up to be if there’s not enough cash to adequately support themselves. After a family discussion (at the end of the day there may not be an awful lot left for the kids) they took the reverse mortgage plunge. And haven’t regretted it. They and the kids keep a careful watch on the market in general and review the position annually. So far, they are all comfortable.

Continue Reading
You may also like...
Related Topics: russell hunter