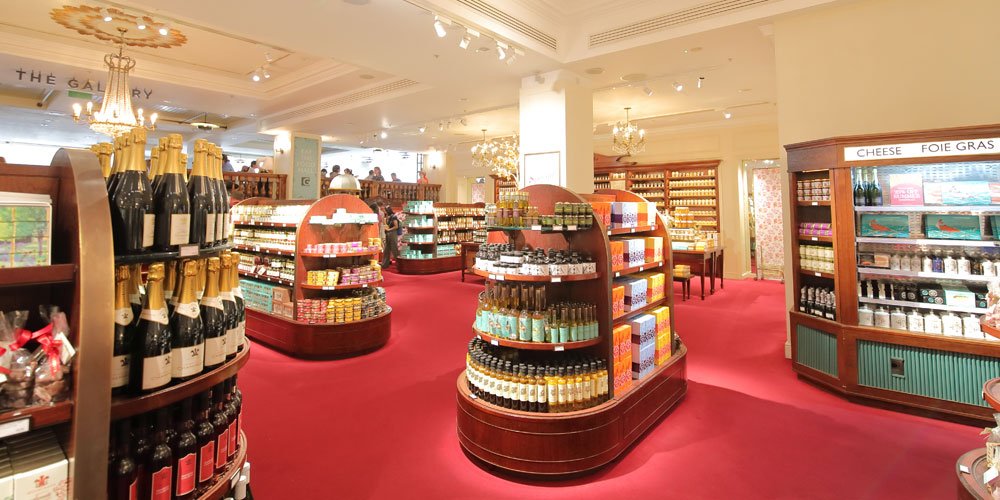 It is virtually a rite of passage for young Australians to do their time on a UK visa, and now many mums and dads who may not have ventured to Old Blighty in the past are heading north to catch up.

Whether bunking down with the kids or booking into one of the many hotels in the South or West Kensington districts, it’s possible to explore London without breaking the bank.

A Visitor Oyster Card, which can be used on most London public transport including Tube, buses and DLR, can be purchased on arrival at Heathrow or Gatwick. As well as being easy and convenient, it will save up to 50 per cent on trips in London.

Here are some sample themes to see London without putting your hand in your pocket.

The Monopoly Board
It’s not going to be possible to walk the whole Monopoly board in a day, but you can get a good start on the big names in a relatively small area. From Charing Cross Station and The Strand head to Trafalgar Square, and up Charing Cross Road to Leicester Square. Detour to Covent Garden, which often has an opera singer performing. Return down Shaftesbury Ave to Piccadilly Circus and then up Regent St to Oxford St. Wander through Mayfair to Park Lane.

Old London Town
Head to Tower Hill station for the Tower of London where there are great views of the old fortress/palace and the landmark Tower Bridge (often confused with London Bridge). The big picture is perfect but for a fee (£27.50 or £21.50 for over 65s) you can explore inside.

Walk back along the Thames to The Monument. At 61m it is the same height as its distance to Pudding Lane where the Great Fire of London started in 1666. If you’re keen, (£4.50 or £3 over 60s) take the 311 steps up for  views of the old city. It was designed by Sir Christopher Wren who also designed St Paul’s Cathedral, reached by walking the historic streets of the official City of London. From St Paul’s, the Museum of London (free) is well worth another short walk. 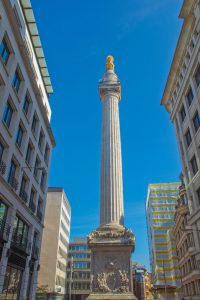 The Shops
London has shops that should be visited simply to admire their opulence and to horrify yourself at the price tags. Harrods – famous and fabulous – is on the Piccadilly line at Knighstbridge. There’s every chance of spotting a famous face here and it’s also entertaining to check out the vehicles lined up out front.

Walk through Hyde Park to Marble Arch and down to Oxford Circus. Liberty is nearby in Great Marlborough St. It opened in 1875 and is a masterpiece in itself with heavy timbers and glass. (It’s also near Carnaby St, famous for fashion during the swinging ‘60s.) Cut back to Regent St with a stop at Hamleys toy shop, towards Piccadilly Circus then turn right down Piccadilly to check out Fortnum and Mason, grocers to the royal family. It’s worth visiting to just to see the products it stocks. The Ritz is down the street if you want to lash out for afternoon tea. On your right as you head down Piccadilly is Old Bond St and Sackville St where shop windows are reminiscent of the times when they clad wealthy aristocrats.

Royal Connections
Take the District line to Westminster to see the Houses of Parliament, Westminster Abbey and Big Ben. If you walk out on Westminster Bridge you will get a good view back to the famous clocktower. There are expansive views from the Eye of London on the opposite side of the bridge, but with big queues and charges for a single slow turn of the wheel, it is not an essential. Head down Parliament St to Whitehall to see No.10 Downing St, home of the British PM, then cut across to Horse Guards Parade. It’s a pleasant walk where you sometimes see important people you don’t know riding in carriages.  Or cut through St James Park and turn left into the Mall and on to the gates of Buckingham Palace. Follow Constitution Hill back to Hyde Park Corner and the Wellington Arch. If there’s any energy left, head into Hyde Park past the Serpentine to see Kensington Palace and the Lady Di memorial. 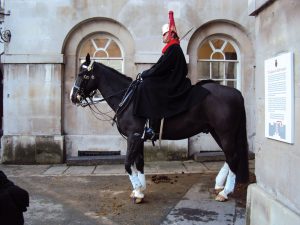 The Thames
Take the DLR (light rail) to Greenwich, known for its maritime history and as the home of the international time meridian and royal observatory. There’s also the Cutty Sark, the last surviving British tea clipper.  There is also the Old Naval College and some good views from the top of the hill. Look for a boat, a bus or walk about 3km further downstream to the Thames Barrier, built to stop London flooding.  Return to Greenwich where you will find a Victorian entry down to the old pedestrian tunnel under the Thames to the Isle of Dogs. Return via the Canary Wharf station. This area is all glassy and new, having been reclaimed from the old wharves 1987-1991. There is a free museum at Canary Wharf telling the story. 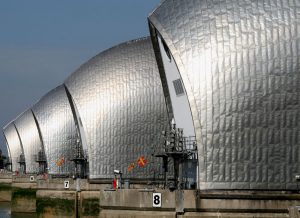