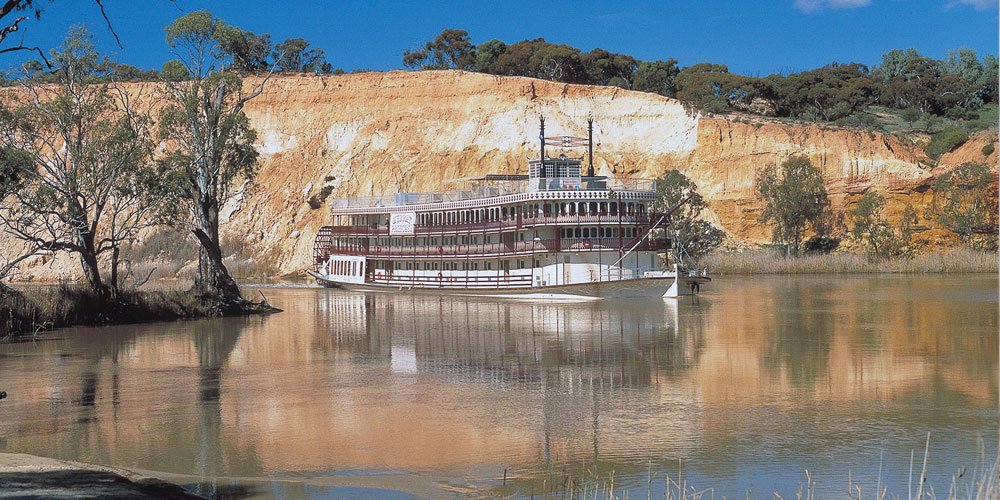 Take a paddle wheeler down the mighty Murray River

AUSTRALIA has had a bad run – drought, bushfires, floods and now the corona virus – which has scared off visitors from far and wide. But as we know, it’s not as bad as it might sound.

We know we are not all about to burn, drown or be eaten in this wide, wonderful land and, as our communities are suffering the loss of foreign tourism, it’s a good time to holiday at home.

Despite the sharks, redbacks and snakes, it’s probably safer than spending hours trapped in a jet. Here are some ideas to get you started on your journey.

Woomera gives up its secrets

WOOMERA is one of those eerie, largely deserted places that smacks of a 1950s secret base. That’s exactly what is was and is.

Once the centre of Australian and British space race projects it now has 65,000 tourists. Located 446km north of Adelaide, it is just off the Stuart Highway and is well worth a couple of days.

The Eldo Hotel has 400 beds in a range of formats, and the reception, bar and restaurant, are in the former ELDO (European Launcher Development Organisation)  administration facility. Blocks have names such as Redstone, Black Knight, Blue Steel and Skylark – all former rocket or missile systems once tested at Woomera.

Woomera is still considered one of the best testing and launch facilities in the western world. At the 2016 census it had a permanent population of 146, but at the height of the Cold War, 7000 people lived in the area.

Since 1982, visitors have been able to stay at Woomera but only Australian Government staff and contractors can live there.

There’s year-round access to the facilities, including several museums, and the National Missile Park which has an excellent display of rare aircraft, rockets, bombs and missiles.

The Woomera Heritage Centre, the former recreation centre for USAF personnel, has a modern interactive display and interpretive centre covering the life of the range.

THE Murray is the mother of the great inland rivers of Australia.

The Murray Princess, based in South Australia, is a massive vessel that looks like the famous steamboat in the musical Showboat. On board, guests enjoy top class a la carte dining and Barossa wines while sailing past the famous red gums.

Murray Princess was built to squeeze through the Murray locks and there is virtually a scrape of boarding house butter between ship and shore.

Sit on the deck and watching the changing riverscape and the abundance of birds or venture into historic ports and sacred Aboriginal sites. At Sunnydale homestead near the famous Big Bend, there’s sheep racing, whip cracking and shearing. Sit on the riverbank at the Big Bend and watch the sunset turn limestone cliff face from yellow to gold to orange to glowing red.

On the Great Alpine Road between Omeo and  Bright via Mt Hotham,  a sign says “Dinner Plain 1km”. It’s a name that demands investigation.

Dinner Plain is arguably Australia’s newest and most beautiful country town. Straight out of a frosty white Christmas scene, it has streets of stunning architectural designs, all aimed at capturing the winter snow trade.

Chalets and lodges are based on the old cattlemen’s huts of the Victorian High Country.

Designed by architect Peter McIntyre, they are all timber and every one is different.

McIntyre camped at the site in a caravan 35 years ago and imagined the type of town he would build as the “just out of reach” clouds flew low and fast over his campfire.

The unique alpine life of Australia was vital in designing Victoria’s newest village, 1200m above sea level, and four hours from Melbourne.

The village is surrounded by alpine wilderness and stunted snow gums. The barman at the enchanting pub explains how it came by the name:

In the days of Cobb and Co, the coach would stop at the old pub for midday dinner. Lunch was called dinner in those days, hence Dinner Plain. It is believed Aboriginal groups also used the area as a stopover and cattlemen also stopped to rest their herds. 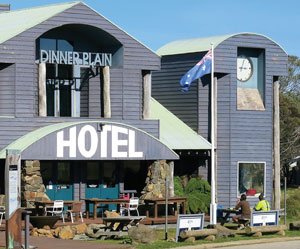 ONE of Australia’s oldest express trains, the Spirit of Progress, will make her longest-ever journey in July on a week-long heritage rail adventure to the NSW outback.

The Far West Express rail tour has been launched by Cruise Express, which helped resurrect the old train to working order.

The Spirit’s gleaming, blue and gold compartment and parlour cars will take nostalgic travellers from Sydney to Broken Hill, on seven-day 2300km tour that includes three nights in the Silver City for tours of the Royal Flying Doctor Service, museums, art galleries, the Living Desert Sculptures, sunset at the Mundi Mundi Plains Lookout, and a meal at the Silverton Hotel in a quirky, ghost town.

The Spirit of Progress then heads back to Orange for a two-night stay before snaking back over the Blue Mountains.

Barcaldine is an unpretentious town of 1000 residents. It’s also where history was made when it played a significant role in the labour movement and the birth of the Australian Labor Party.

It all happened in 1891, when it was one of the focal points of the Australian shearers’ strike.

The landmark Tree of Knowledge, under which the strikers met, took pride of place outside the railway station. Sadly, in an act that defies logic, unknown vandals in 2006 poisoned the 200-year-old ghost gum. Today, the strike is commemorated in a display surrounding the restored remains of the old gum.

The town also has plenty of other heritage-listed sites.