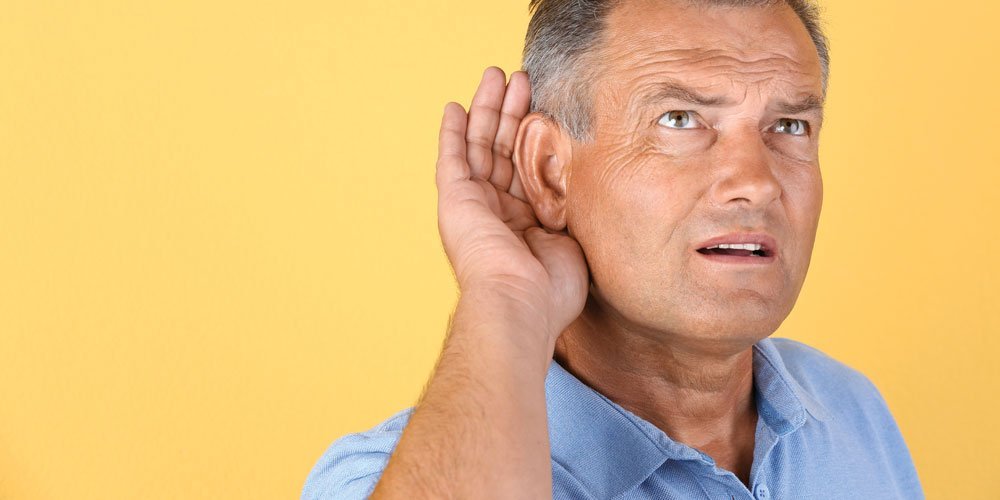 About one in six Australians are hard of hearing, that’s to say they suffer from measurable hearing loss.

And one in three people over 70 suffer from hearing loss.

They’re not deaf in the fullest sense but they do have varying degrees of difficulty in making out what’s being said to them. If you increasingly rely on the subtitles to watch TV, you’re likely to be one of those 3.5 million Australians who simply can’t get an earful.

Worldwide, the numbers would be astronomical and, predictably perhaps, they have spawned a billion-dollar industry offering a bewildering array of remedies.

If, like me, you find yourself learning to lip read, you probably need to consider a hearing aid.

After a couple of appointments, an ENT specialist concluded that I didn’t have a medical condition and that my hearing loss was due to age.

He used some high-sounding language but that was what he meant.

That was more than a year ago and I ignored him.

But soon the embarrassment, isolation and frustration set in.

When you can’t go shopping for a shirt on your own because you can’t hear what the sales assistant is telling you; when you get the opposite of what you thought you ordered in a restaurant; when what you think you’re being told bears no relation to what someone is trying to tell you; when your partner gets increasingly angry and frustrated at repeating the same thing over and over at gradually increasing volume; when you can’t use the phone any more – it’s time to take stock.

So, with the phone volume at max, I began a series of calls to the (very) many providers of hearing aids.

One thing you quickly discover is that this very much an industry. It’s big business and like any commercial enterprise, sales are its lifeblood.

That said, though, the people concerned – they’re audiologists – are highly trained and very knowledgeable. They do want to improve your life.

And they do want to sell you a hearing aid. One that will work for you.

The first step is a hearing test the cost of which is sometimes included in the final package but is more likely to be charged separately.

I was quoted anything from $120 to $180 although there can be Medicare or health cover rebates.

This is when they get to bring out a range of gee-whiz machines and devices that measure hearing loss and in which range of sound you are most affected.

That established, it’s time to confront a bewildering array of tools and devices that aim to make you hear again.

Some are visible, some less so, a few totally invisible inside the ear. As a very basic, but not always reliable, rule the less visible the device the more expensive it will be.

The eyes tend to glaze and the brain goes numb at the range of products but it’s important to try and focus – if not attentively listen. This is a major decision.

I was allowed to try one – a receiver in canal or RIC in the industry parlance – for two weeks. And then another similar one for another two weeks.

There was one other that I wouldn’t have minded trying for another two weeks but the audiologist/salesperson had clearly had enough of me.

“Sorry, we don’t have one of these available to try.”

Message received if not completely understood.

For my two grand, I get a small silver coloured kidney shaped thing that hides behind my right ear with a wire leading a mini-mic that fits into the ear. I also get a supply of button batteries (probably a year’s worth) as well as a small oven type of thing that bathes the mic in ultraviolet light before some gentle heating.

It keeps the thing clean and hopefully free of wax and other stuff that might interfere with signal reception.

It has a bluetooth function that means I can use it hands free in the car. All I have to do is press on the infernally minute button in the thing behind my ear when a call comes in. I’m assured I’ll get the hang of it.

There’s also a range of tools and attachments generally intended to keep it in good order. But does it work?

I still can’t hear the TV though apparently there’s yet another device I can buy to solve that issue.

On the other hand, I don’t get exasperated looks from my partner who says she now doesn’t have to repeat statements three times or resort to sign language.

I am brave enough to go to shops on my own and can once more order at a restaurant with a fair degree of confidence.

I can even have a conversation on the phone without recourse to neck contortions and constant shifting of phone position in an effort to find the exact “sweet spot”.

But the test told me that both ears are probably past their use-by date. The left one, however, has been the subject of surgery and skin graft to the ear drum in a previous $11,000 attempt to improve my hearing. It didn’t work.

The very helpful lady suggests I need a device for both ears but is unwilling to proceed without clearance from an ENT consultant regarding the one with the patched ear drum. So that’s next.

So, after all this, can I hear better?

Your audiologist will be that unusual blend of professional/technician/salesperson. During my trial period I received a call to check that all was well.

How is the device performing? Are there any particular problems? And, finally, would I like to commit to the one I was trialling now?

I could easily call in and have it all arranged in a few minutes.

It dawned on me that it was now the second last day of the month and here was the salesperson part of the triumvirate trying hard to meet budget for the month.

It’s a business after all.

Many providers sell hearing aids that come insured. If it’s defective they’ll replace it up to a certain period that can vary. It’s worth checking for what and for how long you are covered.

I’m told I’m covered for most things apart from stupidity. If it falls in the frying pan or if I attempt to wash it under the shower, it’s probably not covered.

In fact, like most insurance, it’s covered for all but the most likely eventualities.

And remember these things are small and easy to lose.

Most dealers (if that’s the word) offer a buy-with-confidence incentive that informs you that you can get your money back up to certain time after purchase if not completely satisfied.

Read this through carefully.

In many cases you’ll get SOME of your money back as there’s the small matter of a “handling fee” that will reduce the payout. A $500 deduction seems typical.

And if you’ve paid for the mandatory hearing assessment, presumably you could take the results to another supplier if the one you’re dealing with – for whatever reason – turns out not to be the optimum for you. Worth a try if it eventuates.

Consumer organisation Choice has a useful online guide to buying a hearing aid. It’s well-researched, plainly laid out and serves as an excellent point of departure in the quest for better hearing.