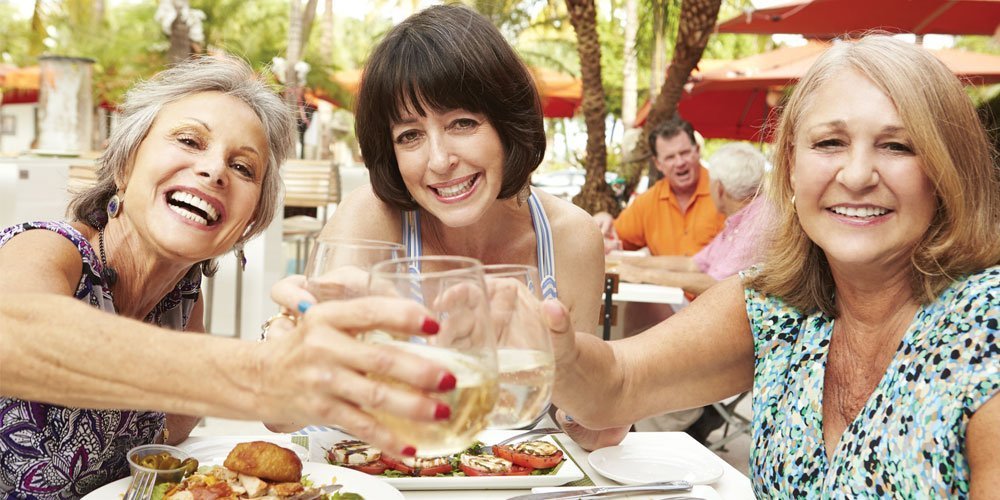 The Beatles penned Eleanor Rigby, a melodically catchy but lyrically bleak song, releasing it as a single off their Revolver album, in 1966.

Poetic in form and often described as a lament for the lonely, the refrain “ah, look at all the lonely people” weaves throughout the verses.

Despite its dark undertones, the song was another big hit with fans of the Fab Four, topping the UK charts for four weeks.

In hindsight, it may have been an early indicator that social isolation can cut across all ages and all levels of society.

More than five decades later, the UK has a Minister for Loneliness.

And a new survey on conviviality by wine and spirits company Pernod Ricard shows more than 85 per cent of Australians believe friendliness contributes positively to their wellbeing.

On the flipside, two-thirds of Australians think the world is less friendly than it was five years ago, and almost half feel that relationships with their friends are becoming more superficial. If the last time you shared a jaw-dropping sunset was on Facebook and not with an actual person, then social media may be disconnecting you from people under the guise of allowing you to be more connected.

Pernod Ricard is extending a global invitation to make a new friend a day in a bold bid to encourage greater human connection.

Sociologist and expert on Australian culture, Neer Korn, says making a new friend every day is probably wishful thinking, the point being more about making the effort to go out, even if it’s a bit uncomfortable, and connecting with someone in real life.

“It’s such an obvious thing that we forget how to do it in modern society,” Mr Korn says.

Although the world is bursting with tech and social media for people to hide behind, there are obvious benefits that come with the digital age.

Meetup is one such site that has millions of users globally, where you can find friends, share a hobby or network professionally.

“The problem we have in society is we’ve used the social media texting screen as an excuse to not have real-life interactions and that affects people because it’s a necessary human value.”

Most people, he says, find a special interest group through people they already know, which is a more natural way of making first-time connections with strangers.

When Facebook came on the scene it reminded body corporate manager Michelle, 59, of the days when she had a pen pal – except now she was able to write to hundreds of people at once.

She says the gloss of Facebook has since worn off for her and she’s noticing that users are not sharing as much information about themselves online as they did a few years ago.

“It has become more like a phone book in some ways,” Michelle says. “We can go into private messaging and say, ‘do you want to get together?’.”

Before her divorce five years ago after 20 years of marriage, she worked on building up her own social circle through real-life connections close to home. After her divorce, she switched between two online dating sites to meet like-minded singles.

She’s met her share of Fine Cotton ring-ins but doesn’t blame the ease with which the digital world can be manipulated and hidden behind.

“With the first person I met online, I had this fairy-tale belief that we were going to stay together and everything was going to be marvellous,” Michelle says. “I was reading between the lines of things we were texting.”

She says there have been many times she’s met to have drinks with someone who didn’t look at all like the posted photo.

“When you meet people on a site oftentimes it doesn’t go past a first date. It’s not that they’re not nice people but you don’t get that spark,” she says.

“When you get older, you’re harsher on your expectations.”

Kris, a health professional with many years of experience, works intensively with people every day and loves how social media has shrunk the world to more manageable proportions, connecting us in ways never thought possible.

“Rapid dissemination of information and communication allows us to feel less alone – we can find hundreds of sites, groups and pages about dealing with depression, parenting, studying, illness – anything!” she says.

“In life we sift through people we meet, finding those with whom we have some commonalities and genuine rapport, equally we do this on social media. We may have less information online to assess people – sometimes more.”

Kris says she doesn’t use social media as a substitute for real-life contact and if a friend has something major happen, she picks up the phone and meets up.

She has met in real life, friends that she made exclusively on Facebook, from interstate and overseas. She vetted them carefully over time and says she felt only a few moments of awkwardness on actual meeting.

“Through many messages, posts and photos I ascertained a reasonable idea and feel for the personality of these friends,” she says. “When I actually met, they were just as I thought they would be, and it sealed our genuine real friendship.”

The support of Kris’s online friends, including many of those she has actually met, was never more apparent than when her old dog died last year.

She says she received more cards, flowers, gifts, phone calls and messages than she’d ever had in her life.

“I don’t think people are intrinsically different from hundreds of years ago – same emotions, hopes, and that very basic need for human interaction,” she says. “There are just more of us and we communicate in different ways now.”

The Sunshine Coast Singles 60 and Over friendship group came into being when Maggie Taubman, 74, found herself living a lonely life despite one son and his family living only 30-minutes’ drive away.

Seven years earlier, she had broken up with her partner.

“People retire up here and think they’re going to have the life of bliss, and there’s no friends,” Maggie says.

“I used to be cleaning the silver on Saturday morning and I thought there’s got to be a better life than this.”

She eventually found the courage to host her own group on Meetup 18 months ago. Once a month, 45 to 50 members, mostly women, have lunch at Coolum. Abject loneliness drove the five brave men who attend, to come along.

Very few are social media focused. Children or grandchildren have helped them install the Meetup app on their phones for ease of reply to events.

That human hunger for connection and sharing, even without the adjunct of social media, is never more evident than at Tuesday Morning Activities run by The Samaritans.

Samaritans president Jill Crawford doesn’t see lonely people when she hears the lively chatter and laughter of guests aged in their 70s, 80s, 90s and older, who fill a Kedron church hall.

For a modest entry fee, bingo, cards, Scrabble, art classes, bargain goods, a delicious morning tea and more, are available. The model is practical and relaxing – warm greetings on arrival and even warmer hugs on leaving.

Most of the committee and volunteers are in their 70s and have missed the social media boat. To keep the numbers steady they rely on parish notices, printed brochures and follow-up calls to landlines.

“We don’t do anything magic – we know them all,” says Jill. “They’re all happy to be there and it’s a really wonderful atmosphere.”

While social media has widened our possibilities for friendship, it may have muddied the definition of who exactly is a friend.

“When you’re under 20 you want thousands of friends, and by the time you’re 30 you want just five good ones,” Mr Korn says.

“When you experience a real-life connection with all its subtleties and facial expressions, that is an innate human response of warmth and connection that you can’t beat.”

What was that again?
In a manner of speaking