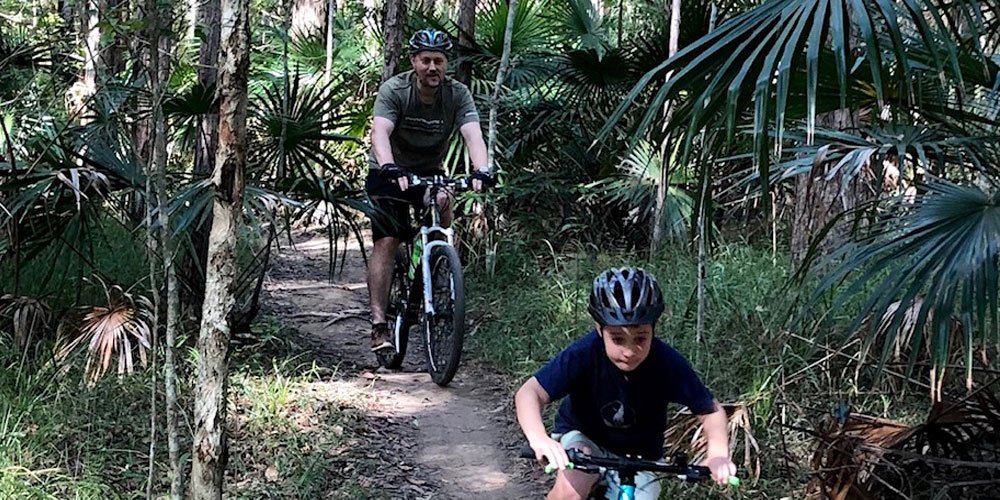 Covering 655ha with 65km of tracks, Radar Hill at Parklands north of Nambour,  is maintained by the Queensland Parks and Wildlife Service – and a mountain bike club.

The growing popularity of mountain biking has made the area a byword in south-east Queensland.

The word “radar” is an acronym for “radio detection and ranging”. It was developed using radio waves to determine the range, angle and velocity of objects.

One writer claims that the Battle of Britain was almost certainly won because of the use of radar in detecting enemy planes. There’s no doubt its use in World War II was vital to the military.

It then relocated to Toorbul where a radar station had been established.  For that brief time, Radar Hill at Parklands/Kulangoor was probably used as a radar and communications point.

A plaque in Caloundra reads “The Americans ran a radar training school in Caloundra until 1943. There were three radar stations where US troops trained before being posted to Pacific Islands. Many thousands of Australian troops were trained in warfare in the Caloundra area before leaving for New Guinea and the Asia-Pacific campaign.”

One radar station was on the hill in Queen St, Caloundra. A notice for the sale of the buildings and equipment after World War II can be found in the Nambour Chronicle files. There was another radar station at Battery Hill near Currumundi. The location of the third station has not been ascertained.

Wartime records reveal “After December 1941 military units were stationed on the North (Sunshine) Coast as part of the defence of Moreton Bay and Brisbane against the Japanese, and for training.

“Fortress troops were stationed at Fort Bribie on Bribie Island, Volunteer Defence Force units trained in the hinterland, and units of the 7th Division Australian Imperial Force also trained on the North Coast in 1942, before being replaced by the 3rd Division (Militia).”

There is a history of vantage points being used for navigational towers, and some were named “Radar Hill”, including one at Chermside West.  After the war, the tower was used as a navigational aid for pilots. The same role may have been played by Radar Hill in Nambour for light aircraft and for the developing airports of the Sunshine Coast in the early 1960s at Mooloolaba, Maroochy and Caloundra. It may have been a general telecommunications point.

The Sunshine Coast Amateur Radio group use Radar Hill for transmitters and there is also a mobile phone tower.

The National Archives may answer some of the continuing questions about the movement of troops and the use of communications during World War II on the Sunshine Coast. In the meantime, enjoy the mountain biking and horse riding opportunites along the trails of Radar Hill.

Audienne Blyth is a member of the Nambour and District Historical Museum at 18 Mitchell St, Nambour.