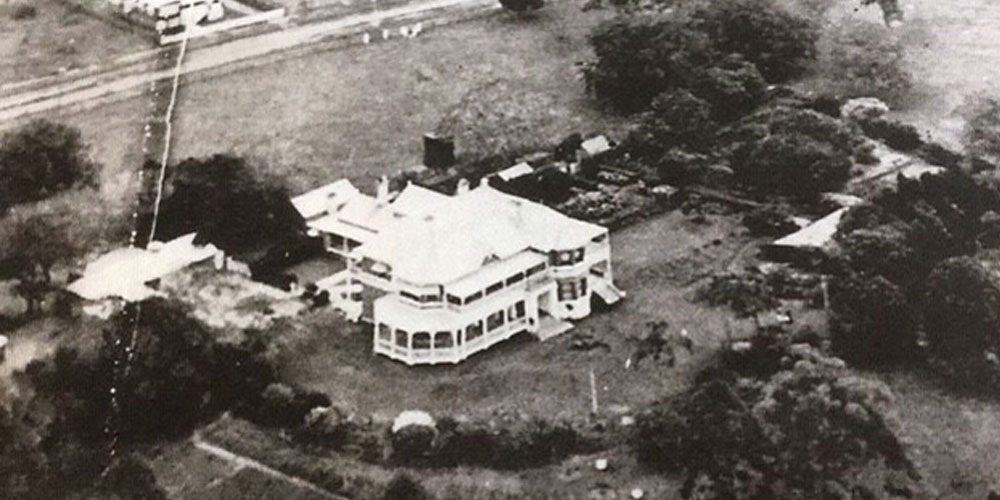 The closure of the Holden plant in South Australia was a tremendous blow to Australian manufacturing.

Remember when we built our own ships, aircraft, steam engines and farm machinery?

Before that, imported vehicles came in kit form, packed in crates and assembled by our own workers.

The small suburb of Whinstanes on the Pinkenba line was known as the site of the Ford assembly plant. Caltex, Commonwealth Industrial Gases, and other oil, asphalt and electric industries, were also based there. Where did this unusual name originate?

Alex Brand Webster was born at Montrose in Scotland in 1842 and in 1866 sailed to the colonies aboard the SS Netherby which was wrecked off King Island in Bass Strait.

When he finally arrived in Melbourne, the Salvation Army gave him a set of cutlery and a Bible and Webster went to the Victorian goldfields and later to Gympie where he set up a store.

He was held up by bushrangers when carrying gold but was released without being searched in favour of the expected mail coach. Webster sounded the alarm at Petrie and the robbers were arrested.

He founded Webster and Co in Mary St and in 1874 married Mary Ogilvie. They moved to Hobart where Mary died in 1881. Three years later, he married Evangeline Shoobridge  at Hobart. The couple returned to Brisbane and Webster took up land and built his home, Whinstanes, in about 1886.

The “whin” is a brambly bush in his native Scotland, and he combined it with “stanes” which means stones.

Furniture was imported from England and the residence became the scene of many social events, including the visit of the Prince of Wales who attended a ball at the home on August 3, 1920.

Webster had built a seaside home at Deception Bay in about 1885 and called it Boondar, the Indigenous name for kangaroo. It had a chimney of bricks which had been brought by a punt that overturned in shallow water. Workers spent some time recovering the bricks.

Webster bought and operated the ships Otter and Beaver.

He died at Boondar on January 21, 1923. His body was brought to Whinstanes from where his funeral procession left for the Toowong Cemetery. At the cemetery gates, the male employees of  Webster and Co joined the cortège.

The enormous number of floral tributes included one from the directors of Perry Brothers. Webster Rd, Deception Bay is a record of this residence.

Diana Hacker is archivist for the Queensland Women’s Historical Association based at Miegunyah at Bowen Hills. Visit miegunyah.org

Continue Reading
You may also like...
Related Topics: Brisbane history