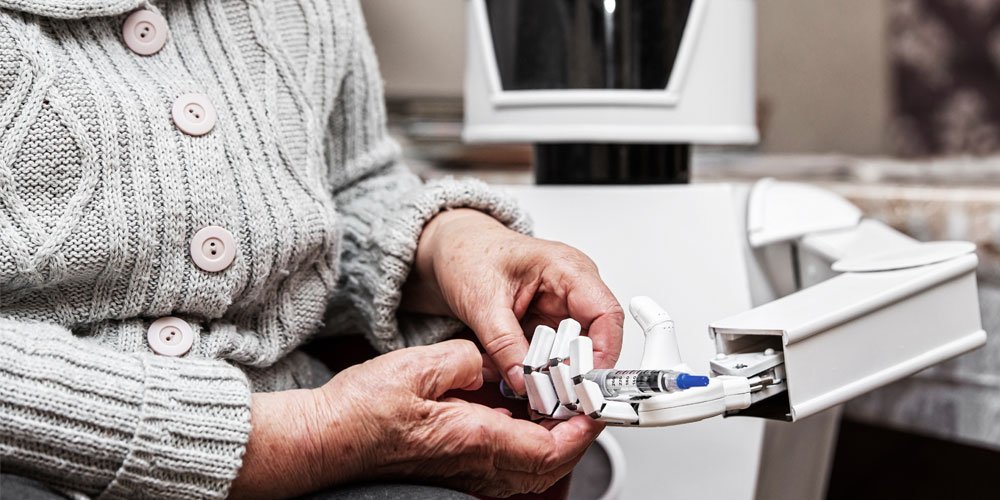 If you were born in 1960 you may well be thinking about your retirement, just as your parents did before you. But wait – unless you have made a lot of money or have hefty superannuation,  retirement from paid, fulltime work is still a decade or so away.

That’s if you plan to retire at all.

Because, unlike your parents, you aren’t obliged to take your gold watch and put your feet up and not think about what seemed to inevitably be a short and predictable future.

If you were born in 1960  the TV shows, in black and white, would have included My Favourite Martian, Lost in Space, Dr Who and Star Trek.  Like the popular sci-fi novels of the time, they thrilled us with the possibility of inter-galactic travel.

Then Armstrong stepped on the surface of the moon and all romance died as subsequent space trips showed us that our neighboring planets did not, after all, harbour recognisable lifeforms that might arrive on our doorstep wearing a playsuit and saying “nanoo nanoo”.

While most of these futuristic fictions dealt with planet-hopping, one, The Jetsons, offered an Earth-bound technological vision – robot maids and commuting ‘copters that turn into a briefcase.

Alas, its whacky optimism was soon overtaken by the visions of writers and film-makers who relentlessly portrayed Earth’s future as apocalyptically bleak.

Yet many of those early sci-fi techno wonders are part of life today – robots that clean the floor, appliances run by smart drives and sensors, cars we can talk to and which talk back, phones that show images of the caller and also tell us everything from the time and weather to how fit we are and where to find cheap fuel or a restaurant.

We have gone from vinyl to streamed digital entertainment in half a century, ditching various interim technologies along the way.

No longer do we need large radiograms or tape recorders or boom boxes or CD and video players. Instead, the world’s infotainment can be watched on our smart, ultra ultra high definition screens, directed by finger or voice.

Electric and now driverless cars are on the road.  Computers fly planes.  Elon Musk and others have both revolutionised and commercialised rocketry and put the pizzazz back into space travel.

And those at the forefront of today’s futuristic thinking – people like noted historian-philospher Noah Yuval Harari, medical innovator Jay Kurzweil, philosopher of technology Kevin Kelly and microbiologist Susan Hockfield – see all these marvels as an indication of an even more marvellous future for those of us willing to embrace rather than resist it.

This applies especially to the one area that concerns us all – our health.

Recently Bob Garnett, 84, swallowed a camera.  His gastro endocrinologist wanted to check out Bob’s intestines and ordered an endoscopy.  This was administered by a nurse, in about five minutes.

She gave him a largeish shiny pill and a glass of water and told him to gulp it down.  Then she strapped a large cloth belt with monitors attached around his mid-section, whereupon a perfect picture of his upper digestive track appeared on the nurse’s smart device.

All that day Bob went about his usual business while the camera and the belt went about theirs. The belt was removed that evening, to be returned early the next morning.

The camera went … well, you guessed it!  And within hours the surgeon had all the information he needed about Bob’s internal problems.

The camera pill is just the latest innovation in the development of colonoscopical and endoscopical procedures. It’s far less invasive and unpleasant than previous methods – and a small taste of our medical future.

And when Bob had swallowed his pill, he took out his mobile phone and called up an Uber to take him to his next destination, checking its progress until it reached him a few minutes later.

He then used the phone to text his wife, check his bank account and emails, check into HotDoc to make another appointment and see where the nearest eatery was.

Later that evening, he went to dinner with friends and they sat around telling each other just how life was getting worse!  They are, after all, members of the post-war generation which grew up fighting for love and peace and greedily consumed the world’s resources while lamenting the loss of the rainforests and growing ever more certain that the future would be apocalyptic.

Bob, however, thinks life is getting a whole lot better, especially for those like him who are lucky enough to live in Australia. He reckons the health problems he already has, thanks in part to the tough times of his youth, won’t permit him many more years  but he’s grateful for those technologies that keep him alive today and is frankly envious of younger Your Time readers who can expect even better technologies to keep them living longer and better in the future.

So fast is medical technology advancing that what we think is amazing quickly becomes commonplace.  Joint and organ replacements are performed every hour.  MRIs show what was previously hidden, vaccines and new life-saving drugs are developed faster thanks to algorithms and readily accumulated and accessible data.

Diabetics can track their insulin levels and control their dosage using an app. Computer-directed laser surgery allows greater precision and access to places in the body that have been inaccessible to past techniques.

Thanks to the algorithms available to our computers it is now possible for even the profoundly paralysed to remotely direct limbs, or prosthetics, giving hope to victims of stroke and accidents.

Prosthetics themselves can function so “naturally” thanks to a combination of new materials, neuroscience, engineering and computerised technology, that those who wear them can do everything from climb mountains to cycle and scuba dive.

Today the research focus is not only on biotechnology but also on regenerative medicine.

Scientist Robert Carlson says that tissue engineers are building or growing transplantable internal organs, bones and connective tissues for many parts of the body, with 3D printers positioning cells, once grown slowly in a petri dish, on to organ-shaped scaffolds, like car parts, and thus we will soon be able to swap diseased or exhausted tissues for new ones.

Meanwhile the science of genomics, according to former director of the world-regarded Massachusetts Institute of Technology Susan Hockfield, has great therapeutic potential.  Embryos could, for example, be modified to remove genes that cause many hereditary diseases.  Too late for you, perhaps, but not for your grandchildren or great-grandchildren and thus the ability to map YOUR genome will be important here.

Many of us already wear fitness monitoring devices and/or phone apps to measure and record aspects of our wellbeing. These are developing to help us monitor the condition of our blood, urinary tract, bowel, liver function, brainwaves, respiration, heart rate,  plaque level and much more.

The information can be transmitted to diagnostic algorithms which then provide on-line therapies, prescriptions, treatment or referrals for surgical or third person intervention procedures to get you restored to health.

People may scoff at the idea of artificial intelligence (AI) replacing doctors but as Gianrico Farrugia of the USA’s renowned Mayo Clinic points out, anything that requires specialised training, judgment and decision-making can be done better by an algorithm.  Unlike your GP, it is not distracted by the demands of other patients, domestic problems, financial worries or poor performance on the golf course.

As for the human touch, how warmly responsive are many GPs trying to rush through a long day of 15 minute appointments?  And as Pedro Domingo writes in Scientific American, algorithms CAN learn and evolve and are already being trained to detect and respond to human emotional needs.

When I first communicated with Apple’s Siri some years ago, all she did was provide answers.  Today, if I thank her, she replies, warmly, “You’re welcome”. Or, with just a touch of indignation, “that’s not very nice” if you swear at her.

The Covid-19 pandemic showed that the wonders of modern medicine couldn’t prevent a virus almost bringing the world to its knees but the new technologies made it possible to analyse it, track it, test for it, and disseminate information (and misinformation!).

And when a vaccine is found it will be with the assistance of AI, as happened when the robot “Efe” at the University of Manchester discovered a potential new malaria drug through formulating a data-based hypotheses far faster than any human could do.

And the AI therapist “Ellie”, designed to identify PTSD signs in soldiers,  reads patients’ facial expressions and body language more effectively than any human psychologist can do – something of relevance to older people suffering clinical depression and other mental problems who are more adept at controlling their outward emotions than are young people.

Moreover, life for many in lockdown was made more bearable by all those satellites up there and the social media and home entertainment  they make possible.

According to Brisbane librarian Bronwyn Petty a lot of people she knows who swore they would never have an e-reader or a tablet found themselves buying these devices when the libraries closed – and there was a mini-boom in teaching people how to use them.

The outcome of the exciting new technologies is that we all have the opportunity to live longer and as Noah Harari says, that could be the greatest challenge for humanity today.  Because what are we going to do with all those years?  And all those people?

The issue raises many ethical questions but futurist philosophers such as Harari and Kurzweil don’t doubt that those of us able to grasp that opportunity will do so with both hands.  Kurzweil, a multi-award winning computer-scientist, inventor and author, has already taken significant steps to keep himself fit and well in order to take advantage of whatever life-extending and life-enhancing present and future technologies are available.

And that, he points out, is the key.  We have to act NOW to maintain our health and fitness in order to be ready for the future that is already upon us.  And it is equally important to be aware of what is available, and pending, in the way of medical technologies and other life-enhancing innovations. To do this we have to be comfortable with computers, smart devices and their apps, smart cars, social media and on-line services of all kinds.

If you were born in 1960 and have taken good care of yourself you can reasonably look forward to another 30 years of active, useful life. Maybe more … but only if you are prepared to embrace the new.

I got algorithm, I got data, I got AI, Who could ask for anything more?

Algorithm – this mathematical term is nothing new; it dates back centuries, like the logarithms we learned at school, and an exact meaning can still cause an argument among mathematicians.

Today we associate it mainly with computers and one leading computer scientist has simplified our understanding by describing an algorithm as a sequence of instructions telling a computer what to do.

And these have become increasingly complex, self-learning and, inevitably, personalised.  Like Apple’s voice-in-the-machine Siri.

Algorithms influence every aspect of our lives today; for example search engines, Facebook and other social media, Google Earth, predictive policing, distributing social security benefits, online shopping, selecting personnel, booking accommodation and airline flights, driving our cars and all the apps we have on our smart devices.

AI – is a computerised system based on algorithms that can function intelligently and independently of humans.  AI replicates the human brain but can out-perform humans in many tasks because of the ability to read available data at speed, learn new strategies and analyse data to achieve maximum success. AI’s many applications include speech and facial recognition and robotics.