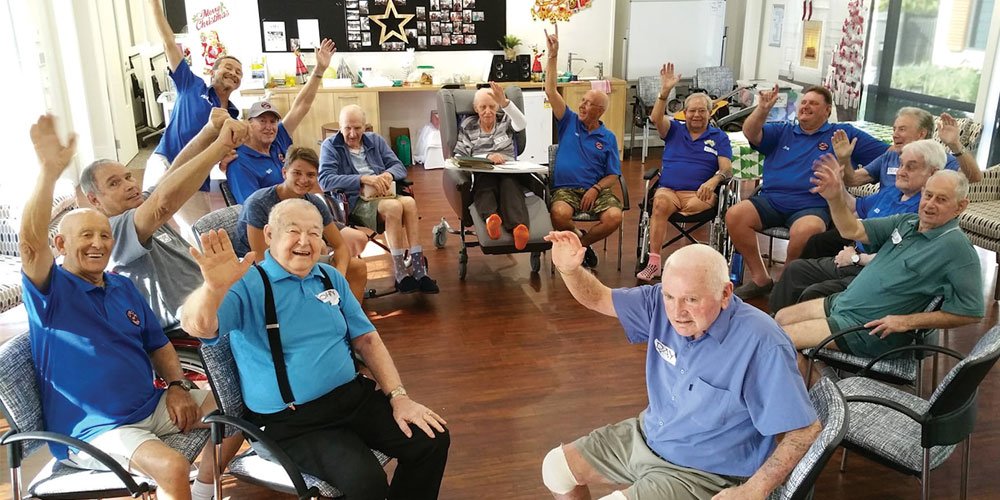 Circle of Men brings together men in residential care homes who often miss out on company.

When it comes to living long, happy and productive lives, men are often behind the eight ball as no amount of sweet-talking will persuade them to pay more than rudimentary attention to their health – until it’s too late.

Throughout life, men and women will have different experiences of health and wellbeing.

A snapshot of 2018 by the Australian Institute of Health and Welfare (AIHW) found that three out of four men were overweight or obese, their leading cause of death was coronary heart disease, and they were more likely to engage in risky behaviours and to die prematurely.

Women were more likely to be living with multiple chronic health conditions such as cardiovascular disease and arthritis, but were found to drink significantly less alcohol, smoke less and were twice as likely to eat more fruit and vegetables than men.

Both sexes were pretty much line ball in self-assessing their health as either “excellent” or “very good”; however, the bottom-line is that men die earlier than women.

Men represent a good proportion of the clientele who attend the practice of naturopath Peter Kahler, more than most allied health professionals he estimates, and the reason he suggests, is simple.

“A lot of naturopaths are female,” he says. “You’re not going to have a male see a female for a health problem.

“We have to work on men’s thinking and turn around the attitude that I won’t see a doctor until I’m at death’s door, because that kind of stoicism handed down from one generation to another is costing men their lives.”

For the past 10 years, Peter’s focus has been on chronic degenerative diseases common to ageing such as heart disease and diabetes.

More recently, he has combined his knowledge of biochemistry with natural nutrients that may assist in repairing and protecting health at the cellular level before these diseases take hold.

“I can order pathology tests, do gene testing and hormone profiles,” he says.

“Rather than waiting to see males who have 80 per cent blocked arteries and blood pressure that’s through the roof and putting a huge amount of pressure on their cardiovascular system, I can pick up those markers a lot earlier.”

He’s also a motor-sport enthusiast and often uses a car analogy to steer men towards his practice because he knows they’ll baulk at seeing a health practitioner for a “health condition”.

“Males can relate to that,” Peter says. “They know I’m not going to come out wearing a kaftan and waving an incense stick.”

Wear and tear issues; systems check; more fuel in the tank; and improved performance is language easily understood in the corporate world where men are working 100-hour weeks and ripe for heart attacks, strokes or nervous breakdowns.

“But I’m still up against it,” Peter says. “Diabetes is a 15 to 20-year process. You start getting a bit of weight around the middle, a bit of fatigue and your stress response goes up … then suddenly you’re entering the diabetic tunnel, but it can take 15 years to display as a high glucose level on your blood test.”

Nearly 50 per cent of men aged 16-85 have experienced a mental health problem during their life, according to the AIHW.

Reflecting on the speed bumps in his own life, Terry Cornick, founder and chief executive officer of registered mental health charity Mr Perfect, says he was far from perfect.

He knew that for most of his life he had suffered from some form of undiagnosed depression and anxiety but had many people fooled, even his best mate.

When Terry moved to Australia from the United Kingdom 11 years ago, his immaculate suits and popularity at work earned him the moniker, “Mr Perfect”; they masked a traumatic childhood and a family history of mental illness.

Five years later in 2014, when he was 30, he finally reached out for help and was prescribed medication and referred to a specialist, but he wasn’t told how else he could manage his mental health. He began asking probing questions.

At that time, Beyond Blue, a non-profit organisation that addresses issues related to mental disorders, commissioned a project to understand in part how men perceive and experience social connectedness and to highlight tools that may help them to develop stronger ties. 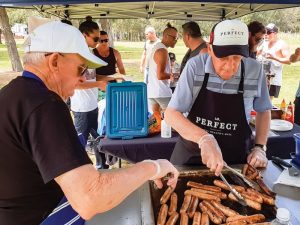 Terry founded Mr Perfect two years later, on the back of further studies that show social connectedness may be a protective factor against depression for men in their middle years (30-65).

It all started when some of his friends suggested they arrange a casual meet-up in a park and kick a football around for a couple of hours – anyone welcome. The notice was placed on community websites, Gumtree and Meetup.

“Forty guys turned up on a Sunday afternoon and it was brilliant,” Terry says.

Football turned into two-hour social barbecues once a month, expanding to more than 30 impactful and supportive meet-ups across Australia, including Brisbane and Caboolture.

They attracted all ages but Terry noticed they appealed to a certain age demographic – 40w, 50s and beyond.

“I’ve seen guys get to 40 or 45, then suddenly redundancy or divorce causes a downward spiral,” he says. “We have some guys come along who have just retired. Everything’s been great in their life up to that point, then it’s, ‘what do I do now?’.

“The chat over a barbecue is a cultural thing and makes people feel more comfortable. It’s also outside so it means it’s not a closed men’s group with the door shut. If anyone is feeling anxious or a little overwhelmed he can leave and no one thinks anything of it.

“When someone comes over and tells me a little bit about their story, I can almost see their shoulders lift. We had one guy who said he hadn’t left the house in a year, which isn’t good for anyone’s mental health.”

In the course of their lives, men are more likely than women to be homeless.

Circle of Men, a registered non-profit organisation that supports men living in a number of aged care homes in Brisbane’s south and Redlands City, runs a weekly companionship program for those vulnerable at this stage of life.

On joining the organisation, volunteer coordinator Kevin James says his eyes were opened to the plight of frail, elderly men living in care.

They were outnumbered by women and lacking personal resilience.

Although adequately housed and fed, the men were confined to their rooms for long periods of time. Isolated and alone, they lacked social integration and the means to form trusted friendships – features of homelessness.

“Many of them are completely deaf, have difficulty even with hearing aids in, and we have a couple who are totally blind,” Kevin says.

Women generally lose their partners many years earlier and adjust quickly to nursing home life whereas men, Kevin says, are on average aged 85 when they enter residential care.

It’s often a last resort after they’ve lost their health, mobility and final network of support. They may have lived alone for an extended period of time beforehand and bring with them poor social habits.

“Even if there’s another bloke 200m away in another wing of the nursing home, they will never get to meet,” he says. “It’s institutionalisation, and the only time they’re out is when they’re brought out for breakfast, lunch or dinner.”

For 90 minutes each week, Circle of Men volunteers break through that wall of isolation. Bringing camaraderie and song, they create a homely, relaxed atmosphere in which the men can share their stories, joys and sorrows.

In between meetings, some residents have taken up the habit of sitting and talking with others not mobile enough to leave their rooms.

When that happens, Kevin is convinced of the success and power of the program to rejuvenate and reconnect the elderly with their peers.

“It’s not your blood pressure, giving up smoking and alcohol, and exercising that determine longevity, it’s friendships and social networks,” he says.

Even so, from a health point of view, the price men pay can be high when they miss out on life-saving screening tests.

For some years now, the number of Medicare services processed has been higher for females than males according to the Australian Bureau of Statistics.

Paradoxically, the ABS also reported that between 2007 and 2017, the average number of Medicare services processed for men aged 65 years and over consistently exceeded that of women the same age, suggesting men are accessing the health system when potentially, it’s too late. 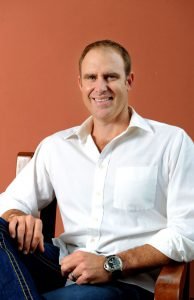 CRICKETER Matt Hayden has gone into bat for men’s health, fronting the Every Man Can campaign which aims to raise awareness of men’s health, including lower life expectancy, higher risk of suicide, and premature death.

“Our underperformance on men’s health is hurting our women and children as much as it is harming our lads and blokes,” he says. “We need to do more to inspire the nation’s fathers and sons to step up, take action, support one another, and play as a team.”

Prostate Cancer Foundation of Australia CEO, Professor Jeff Dunn, said one in six Aussie men were struggling with depression, men were twice as likely as women to abuse alcohol and drugs, and men were less likely to seek expert support for their concerns.

“Every 25 minutes, one of our fathers, brothers, and sons will hear the news he has prostate cancer. Tragically, 3500 Aussie men will die from the disease this year, leaving families and communities devastated,” Prof Dunn said.

“While prostate cancer has one of the highest cancer survival rates, the lifelong impacts of treatment can be devastating for many men, including incontinence, erectile dysfunction, and embarrassing weight gain caused by hormonal therapy.

“Men impacted by prostate cancer also experience a 70 per cent increased risk of suicide, although few seek support for their mental health needs.”