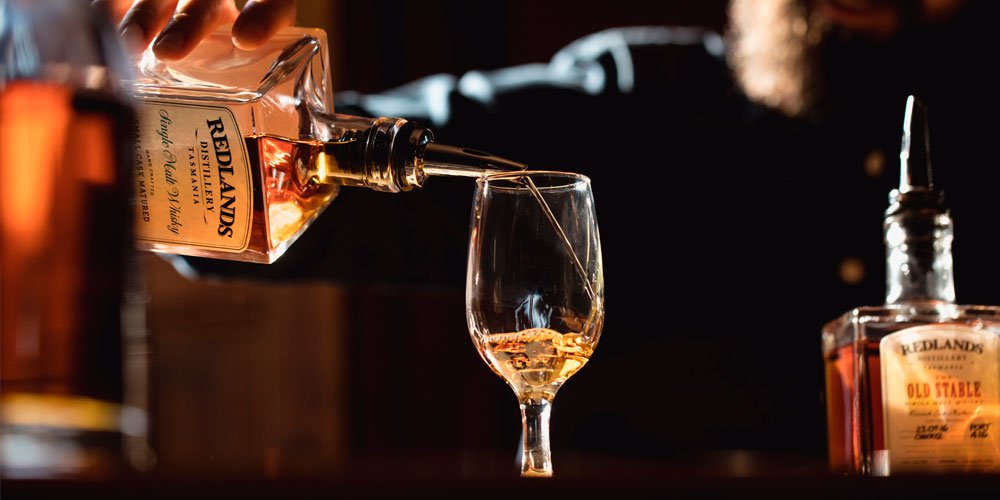 Explore new tastes in whisky at one of Tasmania’s distilleries. IMAGE: Samuel Shelley

Two weeks touring in Tasmania, layered up for winter weather in one of those Aldi special merino undershirts, is almost enough time to embrace the scenery, history, foods and dozens of whiskies on offer.

Plus, there’s Hobart’s renowned MoNa museum, which is full of surprises in new and old art pieces. To the east is Port Arthur’s convict settlement ruins and then there’s those Tasmanian Devils.

Now add world-class distilleries and breweries to the list of reasons – excuses even – to take a tour. There’s no need to go walking with wombats in the wilderness to enjoy the island.

Hobart is home to the famous Salamanca Markets. It’s worth staying nearby for the short stroll to the bustling Saturday markets with tonnes of Tasmanian foods and crafts alongside the likes of (delicious) wallaby burritos and excellent coffees.

Leave some room for the rock lobster rolls at the 1829 Whaler pub. Or perhaps something fancier at Salamanca’s fine dining restaurants. And around the back here is the shelf-crammed Hobart Book Shop if an afternoon turns gloomy.

The historic waterfront is also close to the MoNa ferries’ berth. This museum is another must-do experience for entertaining and enlightening art in a spectacular underground space. The caverns alone are a work of art, carved out of rock to suit art pieces from dramatic modern installations to Sidney Nolan paintings and 17th century maps of Asia.

Allow too, a day out of Hobart for a trip to Port Arthur and the remains of the  island’s brutal penal colony.

But out in the countryside, there are also the charms of early histories, such as bed and breakfasts on heritage sheep farms. The 1828 Rathmore at Hollow Tree in the Central Highlands is a most hospitable spot with accommodation from grand old bedrooms to smart shearers’ quarters plus sumptuous evening meals.

This isn’t a bad spot to headquarter for a couple of days as it’s handy for exploring New Norfolk and the overflowing Willow Court Antique Centre, with its lawns adorned with old cars, truck and tractors.

And for heading out to southern distilleries in the area for wee drams such as Shene’s Mackey whiskies, which are served up in re-purposed colonial buildings at Pontville.

From top to bottom, Tasmania’s fresh feeds – sea food and lamb in particular – alone are worth the tour. In between the chase for fine food and whiskies there are scenic drives all over, just remember winter roads may see snow and ice – C roads could well be unsealed, but the highways are quieter at this time of year.

Launceston’s National Automobile Museum of Tasmania is an easy walk from the city centre and, while small, has a top collection of road and race machines. 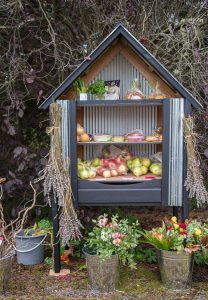 For the more casual tourist, flowing roads through midlands sheep country are enticing while the north-west coastal run from Devonport through to old-time Stanley is enchanting with scenery reminiscent of an Irish coastline.

And here’s a thing other states and tourist destinations may consider – there’s a distinct lack of unattractive roadside billboards across the island where it’s mainly neat, and uniform, road signs to hotels and attractions and such.

For inside experiences, Devonport boasts the Antiques Emporium (maybe the biggest and best in any state), a good Irish pub with atmosphere in Molly Malones, and, a little south of town, the small Seven Sheds outfit, brewers of the finest of beers.

There are many great craft beers across the state, although the problem is some are small batch brews and, having moved to the next town, there’s the need to start again when the sun goes down. Bugger.

Hellyers, yet another distillery of note, is outside Burnie and over at the village of Stanley is the Angel’s Share, a small bar where all the best of Tasmanian whiskies can be sampled in style with Sam.

None are particularly cheap but are all varied and very good, further proof that whisky doesn’t have to be scotch.

There are of course, across the island, many fine gins and wines to be tried plus vineyards to be visited, though some may be closed for winter.

And there are wonderful cheeses at farm outlets such as Ashgrove plus rich chocolates and fudges at Anver’s factory (both in the north) and flavoursome pepperberry salts and roasted nuts and crisp apples and cider, along with fulsome scallops and crays and mussels and chowders and oysters and more, all over.

Much of this was known, some of it appreciated, before this tour. What brought fresh delight, was exploring new tastes in whiskies at places such as the Launceston Distillery.

It’s based in an old Ansett hangar where a short tour combines aviation history and an articulate explanation of how Tasmania’s fine waters and grains are today producing another chapter in the book of the island’s many attractions.