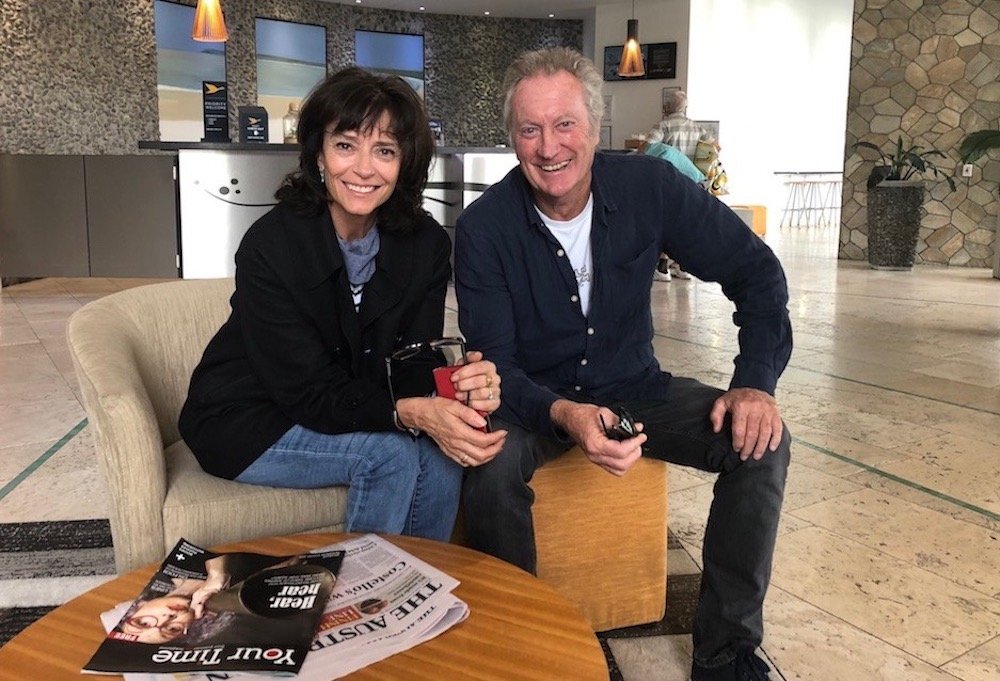 Billed as a dramatic comedy for the over 50s, Palm Beach is about a group of Baby Boomers – men and women with their adult children, gathering for a milestone birthday (presumably 70th, maybe 65th).

Brown plays the lead character, Frank, a wealthy and successful entrepreneur whose long-time friends, not so wealthy or successful, join him to celebrate at his fabulous villa in Sydney’s exclusive Northern Beaches.

As it turns out, they are mostly people with concerns and relationships we can identify with, who have all the baggage that comes with being a Baby Boomer.

The whole film is backed by a brilliant soundtrack, the songs of a generation, from the Easybeats and Frank Sinatra to Marvin Gaye and James Reyne.

“The music themes resonate,” says Rachel Ward.  “I love soul and blues. It’s nostalgic; the hits we grew up with.”

Ward co-wrote the script with Australian playwright Joanna Murray-Smith and also directed the film. Brown was producer and she says she enjoyed the rare knowledge that she had the option of telling her husband, “you’re fired”.

She wanted the women to take a strong role, reflecting their place in the world and family as the wives and mothers with their own identity and issues.

“Both the writers and the director are female, so the women are portrayed as strong and as proactive as the men,” she says. “We had to suck it up for years seeing only the male experience.”

“It is affecting successes and failures,” she says. “We aren’t seeing our generation, a big and significant generation, reflected in society.  There needs to be more films about this group, this era.

“We have to vote with our feet and demand more attention; demand representation.

“It is all market motivated and it’s up to us to participate and be interesting to have society interested in us,” she says. 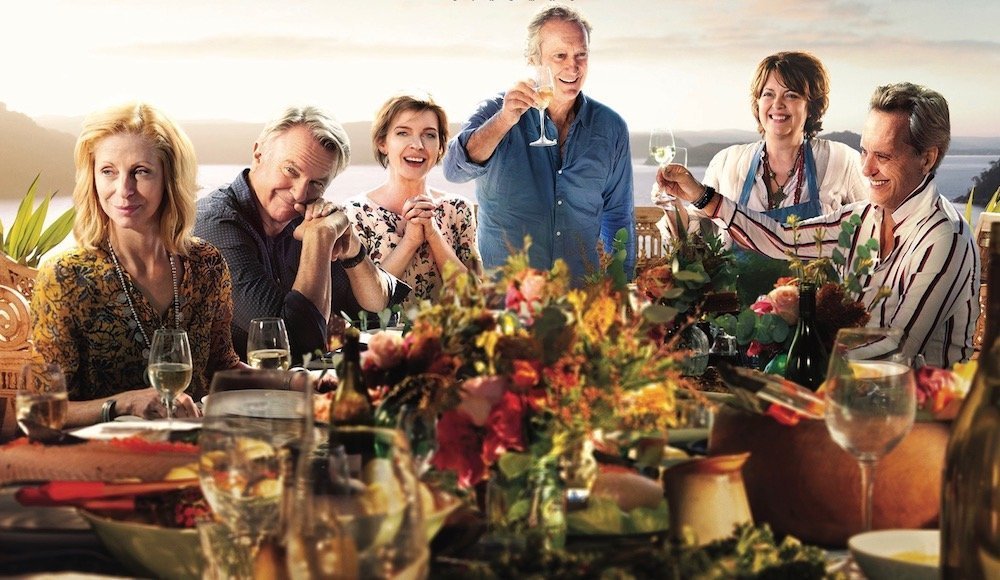 Ward says values of strength and courage have to come before sex appeal.

“These conversations are out there,” she says. “The Baby Boomers are a large percentage of the population.”

Brown says he’s not sure if getting good roles playing his age is a fluke or it is that people are actually rating the age group.

“I’m not going gently,” he says. “Someone else invented the word seniors.”

Ward points out that at high school, the seniors were the groovers who were in charge and wore the special uniforms, so it’s not so bad being considered a senior.

She doesn’t intend to wear a twin set and pearls though.

“You hit 50 and you think ‘where are my peers?’ I see them dressing like they are old. You have to feel comfortable.”

Both remain active. Brown surfs and does pilates and Ward rides horses. Next month they off to Spain for a six-day ride.

Do they think about retirement?

“No, but unemployment has been something we have had to deal with that all our lives,” Brown quips.

“I worked for AMP in pension funds for a while and saw the word ‘retirement’ all the time back then. As the years have gone by, I’ve come to see that people in their 60s still have years in front of them.

“Social change is here, and the younger generation have gained an extra 20 years on us. Someone else is going to have to determine my retirement, not me.”

It’s just that these days his roles reflect his age, such as playing Frank, the lead in Palm Beach who is still out surfing, scuffling with his mates and coming to grips with retirement after making his pile.

For Ward, it’s the shift in identity, finding purpose.

“Work for a reason for being alive,” she says.

And finally, the meaning of life.

“Do stuff,” Brown says. “I found acting and I like to surf. I’m always doing something.”

Ward says she has come to stoic indifference.

“I’ve been bashed about by the winds and now I’m standing firm,” she says. “I’m no longer rocked by whatever comes at me, a bad review or a nasty remark. I’m much more stoic.”

Brown nods: “It too shall pass”.

Palm Beach is in cinemas now.