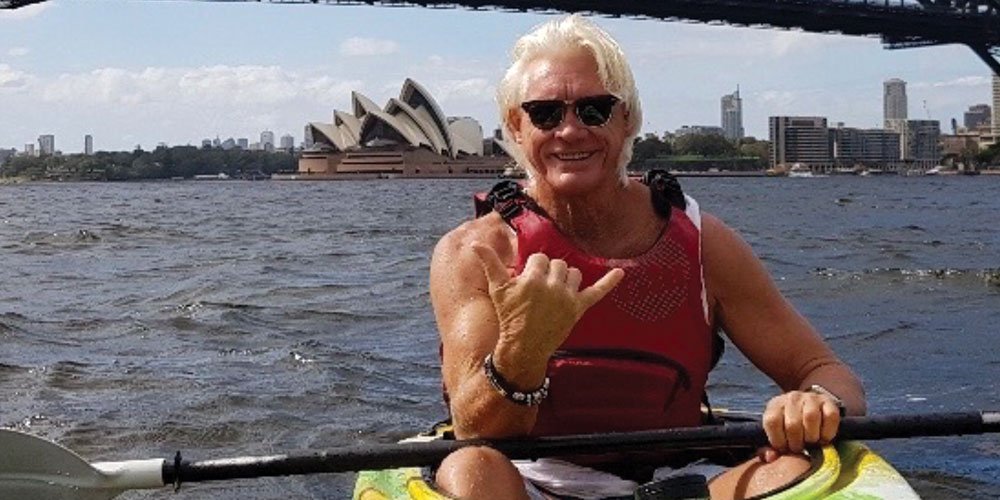 Anyone who knows Gerry Geltch, the second-generation sole director, owner and chief pilot of Air Fraser Island, also knows that this is an action man who loves the adrenaline rush.

Mountain climbing, kayaking, surfing, spearfishing, horse riding, caving, skateboarding, snowboarding – name just about any extreme sport and Gerry, who will be 62 in October, is in it boots and all.

His latest endeavour is a little more sedate by his standards – latin dancing – but he is tackling it with the same passion and rate of knots that have defined his life.

If the name rings a bell that’s because he was in the headlines recently when a new Cessna 206 he had just bought for the Air Fraser Island fleet crashed into waters off Fraser Island.

“I’d only had it a fortnight and I was training a pilot for emergencies and there was a failure in the steering rudder, so I took over (the flying),” he says.

He thought he could fly the plane out of trouble and managed to get it airborne again, but a series of incidents caused by the rudder failure resulted in engine failure when he was about 350m out to sea and he had to ditch into the ocean.

To say the trainee pilot was a bit stressed might be an understatement.

“He had plenty of time to contemplate what was going on and he did panic a bit,” Gerry says.

With the nose of the plane up and the craft sinking in 15m of water and waves lapping at chest height, Gerry managed to get the trainee out and into a life jacket but couldn’t find any of the remaining life jackets for himself.

“He (the trainee) was in shock with a gash to his head, I had gashes all over. I hung on to him and dragged him into shore, about 300 yards. By the time I pulled him into the breakers an ambo officer had come out on a boogie board.”

Such an ordeal would have left most over 55s taking it easy for some time, but not Gerry. He was back rock climbing three days later, keeping track on his ever-present fitness app.

As a pilot he has to stay fit, so he also has a home gym and loves nothing better than climbing flights of stairs, boasting “I did 117 floors last time I was in Melbourne”.

His business is his other passion. He took it over from his father Harry who began offering the Fraser Island experiences and scenic flights in the mid-1970s as Harry’s Air Charter. Now Gerry’s son Troy, soon to be 28 and himself a new dad of Harry Junior, is readying to take it over.

Air Fraser Island offers island experiences from the air as well as the ground and now operates out of Sunshine Coast Airport.

Gerry says one of the perks of being a pilot travelling to one of the most famous islands in Australia is that he also gets to ferry around many celebrities and politicians.

As for those other near-misses in planes – one was in 2001 at the Sunshine Coast Airport in a Cessna 402 which he was buying off Dr Richard Heath. It crashed just short of the runway and Gerry ended up in ICU on life support with so many face fractures his face had to be rebuilt with metal rods. He also suffered three breaks in his spine.

The other involved a seaplane which hit a log on takeoff near Kingfisher Bay on Fraser Island, but Gerry was not badly hurt.

“Ah it’s just another day in the office,” he says philosophically. “You’ll never kill me, it’ll be old age or misadventure, not disease. I love being fit – surfing, spearfishing, running up and down mountains and dancing. I love life. I’m just a big kid really.”

Gerry says one of his goals this year is traverse the four points of Australia. He’s already done the South Cape walk in Tasmania, now there’s the east point at Byron Bay, Cape York in North Queensland and the westernmost point in Western Australia.

And he plans to keep running marathons, especially with son Troy who is also a triathlete. 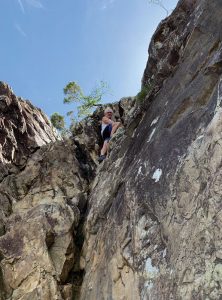 The tale of a natural storyteller
Batten down the hatches