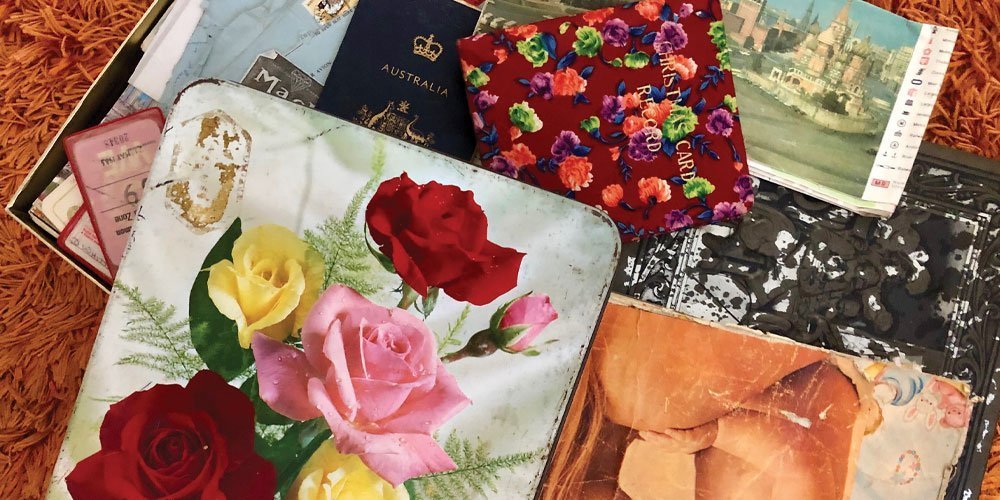 A MONSTROUS task for a hoarder is opening up the old shortbread tins and assorted other boxes that contain a lifetime’s memories – letters, postcards, tickets, cards for every occasion and children’s messages to mum.

Well, it’s not actually opening the boxes so much as deciding it’s time for it to go. After all, why continue to have it taking up space when the kids no doubt are going to ditch the lot when you’re gone?

It seemed a worthy occupation for an overcast and chilly winter’s day, so I finished my morning coffee, dragged out the big plastic bin containing the various memory boxes, and set to work.

Had I really saved every letter from my mother while I was living in Europe during the late 1970s and early 1980s? I didn’t recall her being such a prolific writer either.

But there they were, piles of flimsy blue airmail letters and fat envelopes filled with foolscap pages of news from home.

My mother died 15 years ago, but I recognised her handwriting and once again I could hear her voice.

I also gained new respect for my younger brother. As a 14-year-old he had painstakingly typed a letter – heavily edited for typos, spelling and grammar (I suspect by Mum) – and handwritten at least two others with apologies that he only sent me one for every two from me.

I certainly appreciated his advice: “I still think you could get blown up at work in London, so don’t”.

I took a photo of it and sent it off to him. He asked me to keep it safe so he could read about what he was doing in 1978.

“I’ve kept it safe for 40 years, I’m sure I can manage another few weeks,” I replied.

Next were bundles of postcards filled with the names and places from another time. Messages of the comings and goings of young travellers; a lot only vague memories but others worthy of messaging the friends who had sent them with a snapshot of their life recorded for them.

Cards signed by various colleagues as I had left various jobs; payslips for $60 a week; references; certificates; and glitter spilling from Mother’s Day cards written by young hands. They were all there.

And so the sun set on a nostalgic journey. The neatly sorted boxes were sealed and placed back in their big plastic bin and safely returned to their space.

The value of letters and licking a stamp cannot be underestimated.

And the rubbish bin didn’t need emptying. There were only three cards (each with just a name), one aerogram (I didn’t recognise the name of the sender) and two receipts inside.