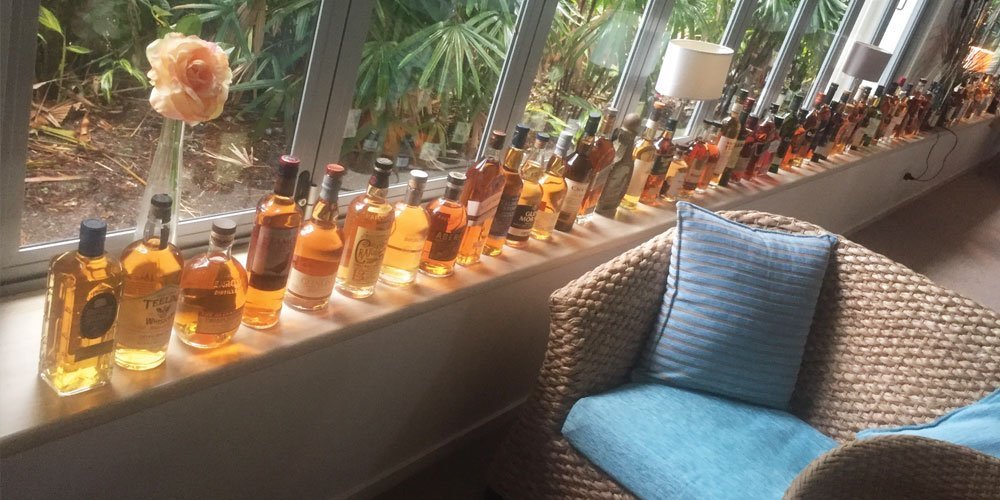 A Sunshine Coast retirement resort has become a WASP’s nest, but the only sting is that it is home to a group of whisky lovers.

For the past three years, Plantation at Rosemount has been the setting for the monthly gathering of WASP – the Whisky Appreciation Society at Plantation.

From tastings to setting the mood, this group has got its whisky over a barrel.

The concept is simple – 20 whisky lovers invest $20 a month for the purchase of several bottles of whisky, and taste five at each meeting.

A 30ml dram for each person means there is 100ml left over. This is mixed and stored. At first this was in a 5-litre Chivas Regal bottle on a stand, which had been donated to the group.

“When enough money had been saved up, we purchased a 5-litre barrel made from lightly toasted American Oak and that became the receptacle for ‘the dregs’,” WASP member Max Barrenger says.

When the dregs mount up, there’s a tasting from that and the money saved spent on a more expensive whisky.

“In February 2017, before we started using the barrel, the dregs stored in the Chivas Regal bottle actually scored the highest points against some pretty impressive single malts,” Max says.

“The first 12 months or so was a rough time for the barrel and it regularly scored below all other comers. The past 12 months has seen a great improvement in the quality of spirit with the initial woodiness making way for much better oak contribution.”

“They provide quite a bit of the entertainment when the author goes completely over the top in what smells and tastes can be gained from the particular whisky,” Max says.

“For example, ‘Nose: not obvious to begin with. Planed wood, light toffee, boat varnish’ and

‘linseed oil behind, even putty, and later lychee-like acidity’.”

Food is an essential part of the gatherings, with a selection of cheese, dark chocolate, dry biscuits, salami and other foods to complement the whiskies. Low level lighting and table candles add to the atmosphere.

Just over 20 residents regularly attend, and while few women attended the early WASP meetings, this gradually increased to about 40 per cent. Some had never tasted whisky before.

At the end of each evening, the most interesting empty bottles are cleaned and filled with cold tea to imitate original contents and are on display on meeting nights.

By the end of their third year the WASPs had consumed 168 bottles of whisky, plus 14 tastings from the WASP Barrel.

Catchphrases pretty much rule
John presses on with weighty ambitions