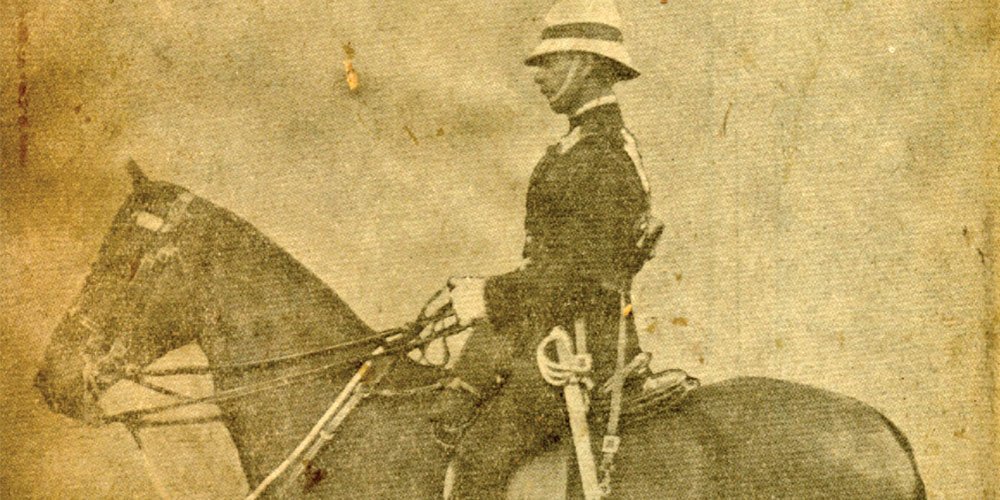 Sergeants Crompton, Farquarshon and Pickering were stationed in a police hut on the corner of Wappa Falls Rd and the Gympie Rd, now known as Yandina.

They were part of the gold escort and accompanied gold being transported to Brisbane from Gympie, possibly for only a few years as most went through Maryborough.

One story told was that “Farquarshon gloried in a good fist fight, and very few ever went to jail for being unruly. The jail at the police hut was a big log and chain. Farquarshon used to say, give us whisky and we will find beds for ourselves. Sometimes the hotel at Yandina, Mooroochie House, held overnight nearly £250,000 worth of gold.”

The word “sergeant” was used as a compliment as the police officers were really constables.

Constable John Farquarshon became one of the first stationed at Cobb’s Camp (Woombye) in 1874. He was followed by Constable George Smith. Records show that Smith employed a blacktracker, Johnny Griffin, to find the Aboriginal outlaw Johnny Campbell at Noosa.

In 1887, a courthouse was established in Woombye. In 1898, both the police station and the courthouse were transferred to Nambour after much lobbying by Nambour residents. The actual courthouse building was relocated.

In 1964, a new courthouse and police station were built and the old buildings were relocated to Petrie Park where they were used as clubhouses until destroyed by fire.  A police station extension was opened in Mitchell Street in 2006, and remains as such.

The building of tramways and trainlines needed policing.

With so many navvies (labourers) employed, a police presence was meant to deter any illegal activities at the camps, maintain order and curb drunkenness.

Surprise raids on illegal shanties in the camps to seize grog, usually made before sunrise, were successful.

The last section of the Brisbane to Gympie railway line to be completed was a 12-mile section between Cooroy and Yandina. For this construction Main Camp at Mount Eerwah was established in 1888 and grew to accommodate 1000 men, hundreds of horses, bullock teams and drays.

The thick scrub had been difficult to clear and the heaviest work was the ascent of the Eumundi Range. At Yandina, far enough from the temptations of the camp but close enough to make raids, Mounted Constable George Sutton was in charge of a newly established police station in 1890.

He complained about his accommodation, a leaky cottage without stables for the horses. But he did marry a local girl.

Constable J. Johnston followed him and was accommodated in the unused Telegraph Office, a kilometre out of town which did not please the townspeople. In 1894 the police station was closed.

Construction of the Palmwoods to Buderim tramway which began in 1914, also saw the establishment of a police presence. Palmwoods farmers wrote to their Member of Parliament: “The tramway to Buderim Mountain is being constructed from here and consequently a great number of navvies are working here, which in its self should be sufficient need to station a Constable here.

“Drunken men lay about the streets on Sunday and every other day and the language is not English. After 6pm this town is cut off from Nambour by telephone.”

Constable Wilson arrived with his Troop Horse Ecuador and settled down to business in January 1914. The station operated only while the tramway was being built and closed on 16 January 1915.

It was then moved to Mapleton for about two months while the Nambour-Mapleton tramline was built.

Audienne Blyth is a member of the Nambour Museum, open Wednesday to Saturday 1pm-4pm .