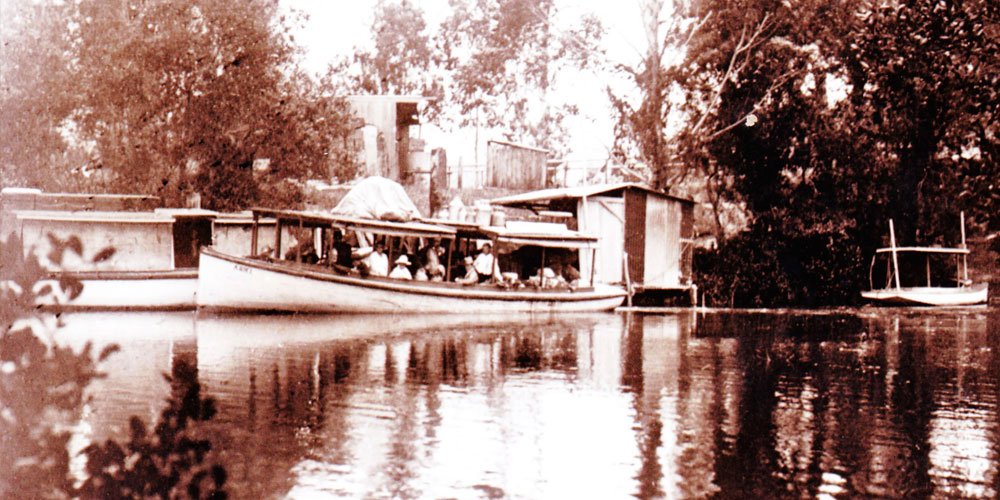 The Ariel, ready to make deliveries of mail and supplies to the farmers on the Maroochy River in the 1950s.

The Coulson family operated a boat service on the Maroochy River from 1909 to 1953. Ralph Duffield and Merv Gilby bought the business and continued to operate a service until 1963.

Their contract on Mail Run No. 248 was part of the service.

They continued to use the Ariel which had been used on the boat run by Coulsons and acquired the Aries, a 20ft launch for transporting children to the Maroochy River State School.

The boat service began from Coulson’s Wharf in Yandina five days a week, leaving at 10am and returning from Maroochydore at 5pm.

It called at more than 50 jetties servicing even more families.

A typical load consisted of the mail, newspapers, groceries, bread and meat for the families as well as goods for the River Store. 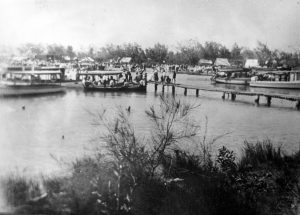 Jetties on the Maroochy River at Cotton Tree were used by many private motor and rowing boats.

Most of the farmers’ tractors used power kerosene at that time, as the boat did, and a drum of fuel cost five shillings to deliver.

Other freight charges were fertiliser at 15 shillings a ton, cases of fruit at one shilling and threepence, parcels of meat and groceries at ninepence and bread at one and a half pence.

On the return journey from Maroochydore, supplies were delivered along Bradman Avenue and at Bli Bli.

Blocks of ice in sugar bags were delivered as many people did not have a refrigerator.

From farms, the boat collected produce – bananas, beans and pineapples which were delivered to the Yandina Railway Station to be sent on to Brisbane.

Cans of cream were also loaded and sent by rail to the Caboolture Butter Factory. Once a week, the boat went up Coolum Creek to collect produce from farmers dairying or growing small crops.

Coulsons had two old trucks, a 1938 Ford and a 1946 Ford, that Ralph continued to use. One of the first jobs in the 1938 Ford was delivering a load of hay to Kiamba.

Ralph discovered the brakes were faulty while rounding a corner and to make matters worse, the old wooden bridge ahead was still smouldering from a recent bushfire.

The truck could not be stopped and fell through part of the bridge decking and became stuck. A nearby farmer saw what had happened and came to the rescue.

Ralph would often collect bananas from the top of Ninderry Rd, where the road was so steep chains had to be used. From another side of Ninderry, bananas were brought down by flying fox.

Canecutters in itinerant gangs cut the burnt cane by hand. It was hard and dirty work.

The Ariel, owned and run by William Coulson, travelled the Maroochy from his Yandina wharf. By the 1920s it was one of several river boats licensed to carry 40 passengers.

Many were migrants who had not been long in Australia.

Their provisions were also delivered by the mail boat.

During the 1950s and 1960s, storekeepers sent their accounts to the Moreton Mill in Nambour for payment to be deducted from wages.

Passengers also made the return trip from Yandina for six shillings. Sometimes passengers visited friends further down the river or left the boat at Maroochydore.

When the river was in flood, Ralph’s boat battled its way upstream with just enough speed against the flow although sometimes he had to pull the boat over to shelter.

In 1963, the mail contract was lost. Angell, a carrier from Bli Bli, took over and delivered mail by road. Ralph Duffield sold the boat to a fisherman.