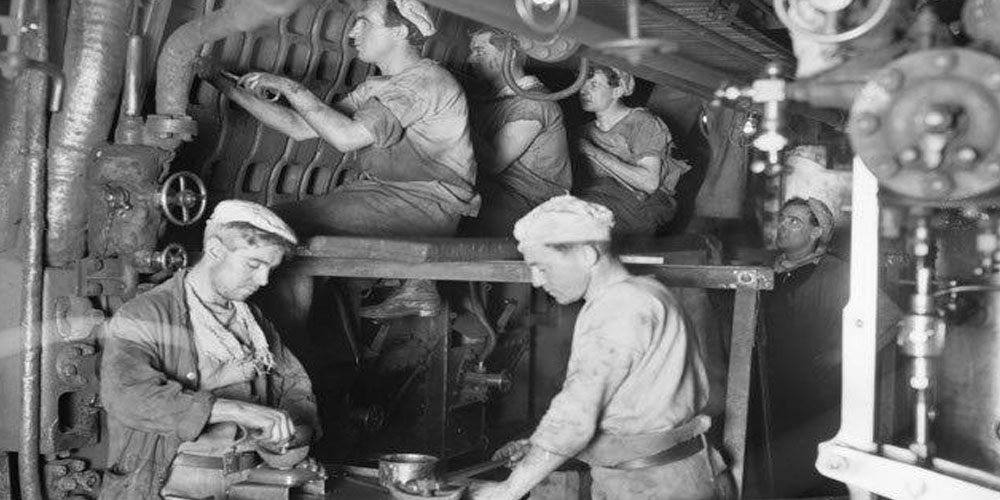 The Royal Navy moving from sail to steam in the mid-19th century.

That move made ships faster, larger and unaffected by weather conditions, but it also challenged the naval culture introduced 400 years earlier by the father of the Royal Navy, Henry VIII.

In the chain of command in all navies, including our Royal Australian Navy, the seamen ran the show.

On the upper decks they worked as a team on the huge expanses of white canvas to catch the wind and currents, change direction or stop. The seamanship skills had barely changed since Henry’s day.

Suddenly, when steam-driven ships were introduced, an entirely different group of sailors and skills were needed to drive ships – the stokers. In the bowels of the ship, their name still differentiates them from the “seamen” on the upper decks.

At that time, they came into the Navy from a very different background – tradesmen, factory labourers and engineers, men who worked machines. As the name suggests, they originally, and until the oil engine arrived, literally stoked the boilers with coal.  The faster the ship’s speed, the more coal it needed.

A warship on full throttle ate up 40 tons of coal each hour.

It must have seemed like hell, with the heat of the fires, coal dust and back-breaking shovelling on four-hour shifts. They came off each shift black with coal dust.

Under fire, the watertight doors would be closed and their only connection to the battle above was through the speaking tube to the bridge.

The stokers were a new breed of sailor, selected for their height, body strength, endurance to the continual heat and coal dust illnesses. The job was also extremely dangerous.

Opening the furnace door often caused blowouts, inflicting  terrible burns on stokers. Mines and torpedoes were placed to inflict maximum damage on the engine room and it was a long climb up through hatches and ladders to the top deck. 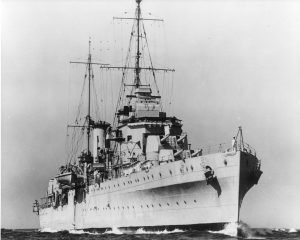 The HMAS Perth was saved by the swift and brave actions of Queensland’s Peter Allom.

These conditions, like any group working under pressure, formed strong human bonds. The stokers were no exception and stuck together.

The upper decks were not happy with this breed who understood how to work the new engines, shifting the power from sail and deck to the dark world below. They mistrusted the stokers, but without them, the ship didn’t move. And the Stokers knew it too.

Stokers developed a reputation that endures to this day, in some cases quite unfairly, for being a law unto themselves – big, brawny, hard men fond of fighting, strong drink and womanising.

They were regarded as the lowest of the low on board. This changed as they developed their own hierarchy of petty officers and officers called engineers, but the basic enlisted man was, and still is, called a stoker.

In the transition from steam to oil after World War II, conditions improved for the stokers. The coal disappeared, but engine rooms were still dirty, hot, cramped and dangerous places on a ship. Stokers make up a large proportion of casualties on Australian World War II warships such as Sydney and Perth.

Leading stoker, Peter George Allom, was educated at Toowoomba Grammar and joined the RAN as soon as he could to fight in the war.

While serving in the Mediterranean he was awarded the British Empire Medal for bravery when he successfully fought a fire that had broken out on Essex in Malta.

Essex was fully loaded with 4000 tons of ammunition and moored next to his own ship, HMAS Perth. She took a direct hit from German dive bombers and caught fire.  Leading stoker Allom quickly volunteered for this hazardous enterprise and smashed portholes to direct the hoses on to the fire, saving an explosion from the cargo.

Later, in 1942,  on her way back to the Pacific, she was hit with multiple Japanese torpedoes in the Sunda Straits, but Allom was able to escape and make his way to a life raft.

All night he swam from the raft to help other survivors aboard to safety until, completely exhausted, he slipped into the deep. He was 26 years old. 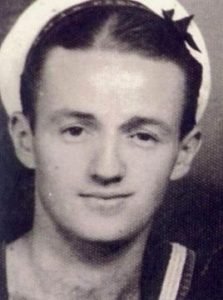 Despite the arduous work of stokers, there is a family tradition of sons following their fathers into the branch.

Stokers Phillip and Russell French, from the Ipswich Branch of the Naval Association of Australia followed their father Jim who served in the Royal Navy on submarines during World War II.

Phillip saw service in Vietnam on the gunline on HMAS Brisbane.

The Naval Association of Australia has ceremonies on the last Thursday of every month to honour a different branch of the Royal Australian Navy.

Stokers will be remembered at the Jack Tar Memorial at Southbank (next to the Ship Inn) on Thursday, September 30, 11am. All welcome.