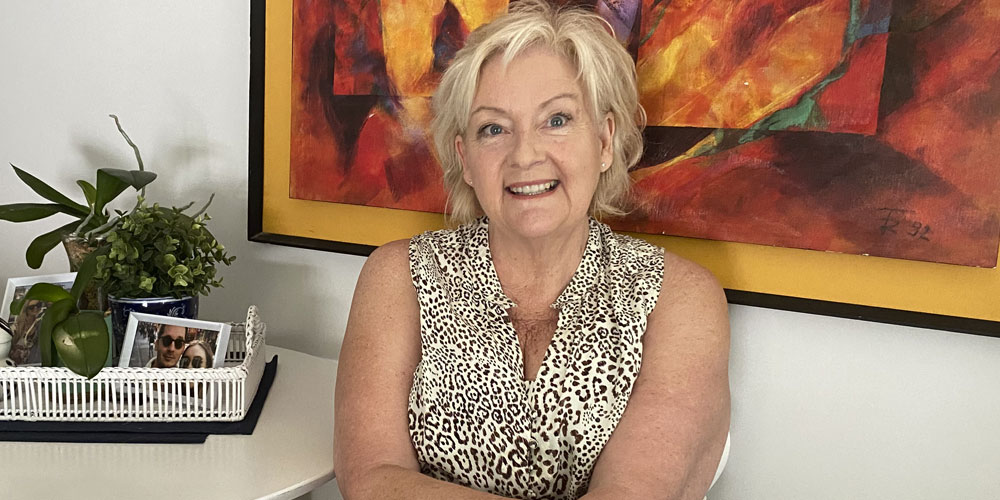 While everyone may have ups and downs in their personal lives and careers, Vikki’s trajectory has been so extreme at times that it seems resilience is her middle name.

Now 64 and living at Marcoola on the Sunshine Coast, she has faced physical and emotional turmoil that would see most simply curl up in the foetal position, yet somehow, she remains bright and bouncy and full of optimism and energy.

Part of her newfound calmness has come from discovering chair yoga – a gentle-on-the body form of the practice which embraces yoga movements for mind and body without the contortions. In this case it’s run by Daniela of Unfurl Chair Yoga at Buderim.

Born in Melbourne, Vikki was diagnosed with a rare arthritic condition at just 11 when her knee joints, in her words, “blew up” for no reason.

Doctors seemed to have little clue how to ease the condition more than 50 years ago and Vikki ended up being bedridden for three months.

This was particularly hard for a girl who loved her sport, but after a few months the pain subsided, and she was back playing netball and basketball.

It was a pattern that was to repeat itself throughout her life – bouts of extreme pain and immobility followed by windows of good health when she picked up all her activities where she left off.

Taking up dental nursing after she left school, she moved to Sydney at age 22 and started in the hotel industry, working at the Gazebo in Kings Cross.

“I was so naïve. It was my first introduction to the gay scene and everything, it was all such a culture shock. A family friend was a police sergeant at Kings Cross and when I started work, he changed his shifts to go home with me because I was too scared to walk to the station,” she says.

“A friend and his wife were going to Daydream Island as managers and asked if I wanted to go, but then he was sent to Alice Springs, so a girlfriend and I caught a train, went to Proserpine and I got a position on Hayman Island before the refurbishment.

“My arthritis had cleared up for a while. I was mindful of stress and I just did everything I could do.”

Returning to Sydney, Vikki began a job as a receptionist at a big corporate in Ryde.

Despite a few bouts of arthritis she was moved from reception into sales and despite the blokey culture and enormous pressure, she flourished, blitzed her targets and won the first of two reward trips to Hong Kong.

But the stress took its toll.

“I had a lot of incidents with my knees and then it started in my spine and rib cage and I had to go to hospital in Sydney where I was on steroids and an intravenous drip,” she says.

At one point, when Vikki went back to work she bent down to pick up something and the pain was so intense she thought she was having a heart attack. She ended up seeing a rheumatologist in Sydney who finally diagnosed her with Reiter’s Syndrome, which was very unusual for a woman under 40.

“I was put on heavy medications and once I was OK I thought I’ll just go and do things.”

Periods of remission seemed to grow longer and even though Vikki went through painful surgery to replace a finger joint, she persevered. 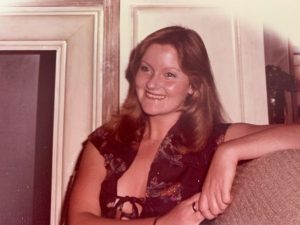 After marrying and moving to Brisbane, Vikki worked in the office in her husband’s building company and they had two daughters – Maddison, 35 and Abbie, 27.

But now it was her husband’s turn for a health scare.

“He was always active and healthy and he thought he had Ross River fever but it turned out he had a severe heart condition. His heart was so enlarged he was terrified to do anything.”

He had open heart surgery at the age of 35 while the girls were still toddlers, and Vikki says the ordeal completely changed his personality. Six years later they divorced.

She had to leave her upmarket home but as a single mum with two children, Vikki had to remain working at his business to make ends meet for some time after.

Later, going into business again in Brisbane, Vikki’s luck went from bad to worse with a dodgy business partner seeing her lose everything she had left, as well as finding herself in a legal mess with huge lawyer’s bills.

“I’m very resilient but it was a horrible situation. I stood up to it all because of my belief in the legal system and it cost me a lot of money,” she says.

“It was dangerous and stressful time and I lost everything – even the children were estranged – but I had to keep going, just so I had cash flow to pay off my debts. I didn’t want to go bankrupt.”

At one stage, with her belongings in storage, Vikki was all but living in her car.

Moving to the Sunshine Coast, Vikki was thrown a lifeline by friends who let her work at their day spa and from there she fought her way up to working and running hotels, resorts and motels.

“I have a lot of baggage but I have a strong work ethic.”

She joined the Sunshine Coast Business Women’s Network and expanded her contacts and employment opportunities, as well as undergoing a full knee replacement.

Her hard work paid off in 2019 when she was nominated by Noosa Tourism and became a finalist in the Sunshine Coast Business Awards.

She was also the vice president for Skal International Sunshine Coast (a networking organisation for executives and professions in the tourism industry) for three  years and represented the Sunshine Coast at two world congresses, Monaco in 2016 and Hyderabad in 2017.

“So it was a bit of a step up from nearly living in my car to a few years later travelling and associating with international tourism leaders,” she says.

Covid-19 hit the hospitality and tourism businesses she worked in hard, but Vikki kept afloat by sheer determination, hard work and thinking outside the square.

This year Vikki began new medication which she said has made a huge difference and she has postponed knee replacement.

The chair yoga has also helped a lot. Always keen to do regular yoga which was impossible because of the arthritis, she jumped at the chance.

“I gave it a go and the first class I did I was thinking ‘what is this, how is it beneficial?’  But I went again and it’s just great, the mindfulness, breathing and movement,” she says.

“And I feel quite a sense of achievement. It’s brilliant for mobility issues. I felt really supported in everything. You don’t feel foolish because you can’t do things.”