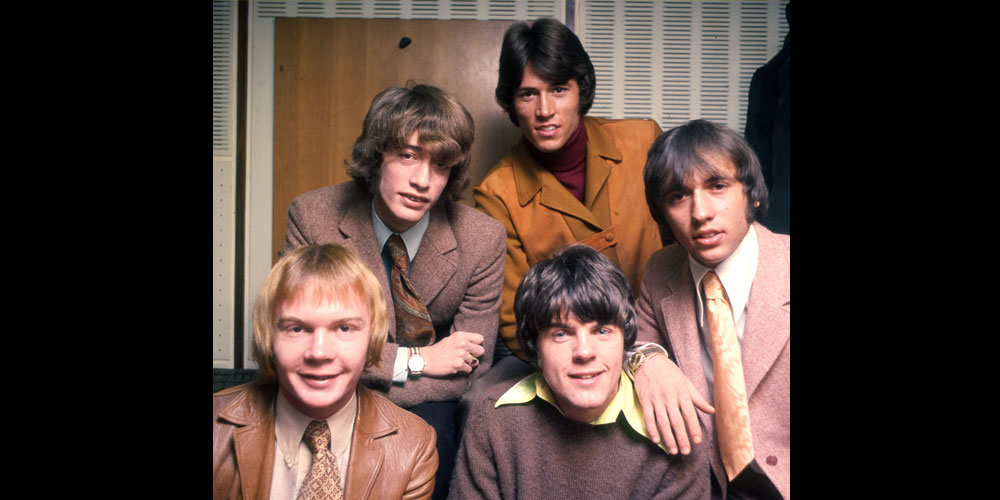 ‘Stay’in alive’: You might have danced to the iconic Bee Gee’s tune at your favorite disco, listened to it on the radio or bought the album. But if you were around in the 1970s, it’s highly likely a Bee Gees tune will send you sliding down memory lane.

In 2022, Colin ‘Smiley’ Petersen, the Bee Gees’ drummer from 1967-69,  is keeping the Bee Gees music alive with his memories and musical performances.

Petersen, originally from Kingaroy, Queensland, connected with Barry Gibb in Sydney, but it was London 1967, when he joined the group. It was an auspicious time for the band, although they enjoyed previous hits in Australia, it took the management of a famous English agent to see them  catapulted to international fame.

Today, the seventy-three-year-old Sunshine Coast hinterland resident recalls some of the stand-out events during his time with the band.

“It was when the legendary agent Robert Stigwood signed us up and we had a gig at the Saville Theatre, which was leased by Brian Epstein at the time. There were 3000 people there, including the likes of Paul McCartney and Jane Asher and we played with an orchestra.

“For a drummer to play with an orchestra is another thing altogether – it goes right through you emotionally – your tempo must be spot-on, concise and tidy.

The audience went berserk about it.

When we went back to the dressing rooms, we poked our heads out the window and found there were about 300 fans outside and they were chanting, Bee Gees, Bee Gees, over and over. It was the first time that I think I realized that we had really made it.

Yet, in that moment, there was more recognition to come.

“I was there with Vince Melouney  (Guitarist)  when the  fans spontaneously burst into ‘Waltzing Matilda’  –  it sent me into tears.”

Other incredible moments include watching the Gibb brothers go into creative mode.

“To watch those three create a song together was magic,” he says.

“I was privileged to have that opportunity.” 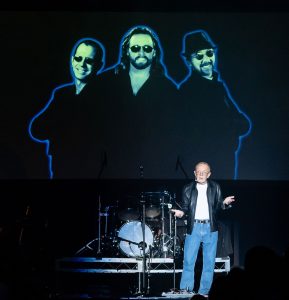 The band including Petersen, recorded their final cuts at the IBC Studios in London.  The end result was the record, which contained their first international hit with the folk ballad “New York Mining Disaster 1941.”

Petersen describes 1960s London as a place of colour and creativity. After the deprivations of WW2, it was time to shake off austerities and  grow your hair long and that’s just what the younger generation did.

It was a vastly different England to the one Peterson had visited as a child star.

From an early age he showed a flare for entertainment. Firstly, he was chosen to play ‘Smiley’ in the epomonusly named iconic 1956  Australian film alongside Chips Rafferty, Sir Raph Richardson and John McCallum.

Legend has it that he won the role after film director Anthony Kimmins spotted him in the street, with dirty knees and bare feet, outside the theatre where auditions were held.

After this success, Petersen travelled with his mother between Australian and the UK for two years, where, as an  11-year-old he was cast in The Scamp (1957) with Sir Richard Attenborough and A cry from the Streets with Max Bygraves.

Besides acting, his sister encouraged him to start tap dancing. He loved the rhythm, movement, and credits this with his natural alignment to drumming.

“So we went to Palings in Brisbane and he brought me a brand-new kit of premium  drums.”

The rest is history. Yet, referring to the current Bee Gees performance, he says: “I see my role as the same way as I saw  Barry comment in a recent performance. “All I’m trying to do is to keep the songs alive.”

Peterson drums in just one of the songs during the performance the rest of the time he narrates the story of this legendary band.

Towards the end of the show, they bring in the disco songs and that’s when the audience can no longer hold back their disco moves. After that, the band are outside meeting and greeting fans.

For information on performances go to our Whats’ On section in this edition.