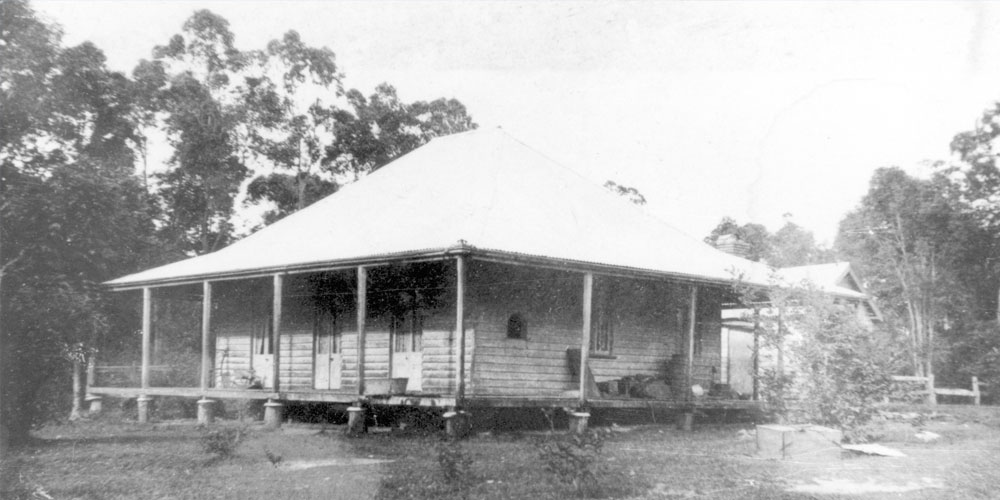 The discovery of gold at Gympie in 1867 was the reason for the building of the Brisbane to Gympie Road and for establishing Telegraph Offices along the road.

The use of the electric telegraph represented advanced technology using morse code. Messages, using a set of dots and dashes assigned to each letter of the alphabet, could be sent faster than any other invention previously made. Samuel Morse invented the system in 1837.

By the end of 1868 Telegraph Offices were built along Brisbane – Gympie Road. Officers, instructed in morse code, were able to relay the latest information by telegram and this was important for city investors as well as those wanting to hear the news of the day.

Communication along the road, just a marked tree line and a bush track, was slow and unreliable. A successful journey by coach from Brisbane to Gympie was reliant on good weather and the skill of the coach driver.

Maintenance on the 267 kilometer (166 mile) “galvanized wire” was carried out by a linesman from either Caboolture or Gympie. There were continual mishaps along the line especially after bad weather. The poles, hopefully made to last, of ironbark or bloodwood might have collapsed or the wires might have broken from storm damage. As well, the line needed to be clear of trees and undergrowth. Another station was recommended between the two towns. The new building needed to be near the Maroochy River as materials and equipment would be delivered by water transport i.e. brought up the river.

Built in 1873 and opened the following year, the Yandina Telegraph Office was the first government building on the Sunshine Coast. William Peter Clark of Bli Bli was the contractor for a cost of 340 pounds. The building contained four large rooms with a verandah all around, a large kitchen and a brick open fireplace and chimney. On one side of the building there was a small window for inquiries or the lodging of telegrams.

The officer-in-charge and his assistant were required to maintain the line from Landsborough to Tuchekoi, a distance of 58 miles. As the men were often away from the office telegrams could be left at the nearby hotel. The cost was one shilling for ten words and one penny for each additional word.

Names of the men who worked the station were John Power, Charles Miller, Bishop, Robert Scott and Joshua Davies. By 1887 the officers complained that the building was being eaten by white ants and needed extensive repairs. The Postmaster General would not agree to the expense.

The old Telegraph Office did receive a new lease on life when it was used as a police station in 1891. Police were stationed there for a year and expected to patrol the railway construction camp, Main Camp, at Mount Eerwah, Eumundi.

It was believed that at Yandina the two constables would be far enough away for the great temptations in such a place yet close enough to make raids on the trading of illicit grog, which they successfully did.

The building was later sold and much changed. In 2022 little remains to remind us of its glory days.

Our feather friends remembered for their extraordinary war effort