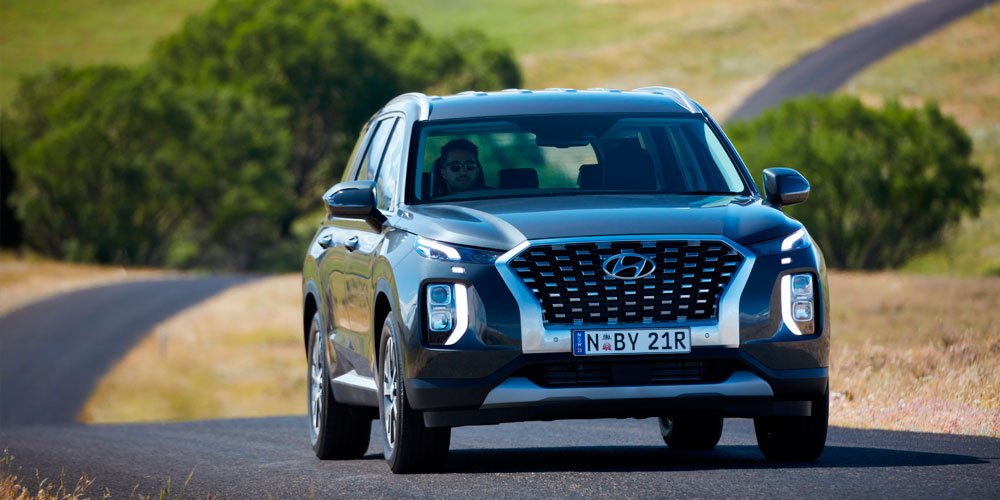 Back in the 1980s, people movers or mini-vans or MPVs, became a bit boring, a bit old-school. Useful, yes, but staid and too suburban for some tastes.

Even the best of the seven and eight-seaters – the Chrysler Voyager, Toyota’s Tarago and the Honda Odyssey – couldn’t escape being scorned as a soccer mum’s taxi. Compounding their social fall was the emergence around then of better Sports Utility Vehicles, comfortable wagons with four-wheel drive and off-road ability, often as many seats and tonnes more cool.

Yet today it’s those shiny, unmarked Prados and such which are used for school runs that draw the cynical smiles. Very yesterday.

So along comes a $60,000-plus Hyundai wagon to add fresh style and substance to school and sport drop-offs – a multi-seat wagon that neatly blurs the line between SUV and people mover.

This Palisade is the company’s flagship, tagged as an SUV. Yet, despite some models being offered with all-wheel drive, these are unlikely to get a work-out in the rough-and-tumble of the Australian bush like, maybe, a Land Rover Discovery or its ilk.

No, this Korean-built, Australian-chassis tuned machine is a neat compromise between often lumbering SUVs with full off-road capabilities and a bare-bones, conservative MPV.

For the Palisade – especially if you have the cash for a $65,000 version with turbo-diesel, all-wheel drive and a swag of comfort and convenience gear plus eight seats – is a well-behaved luxury wagon with good road manners and the ability to handle indifferent road surfaces.

It goes (with a proper prod), slips through the eight-speed automatic transmission with intelligence (or the use of paddle shifters if need be) and stops and steers with confidence considering its bulk. The only downside here was around-town fuel consumption trending over 10 litres per 100km.

And for that all-important look-at-me effect, the Hyundai is a handsome machine with a fair bit of flash about it. The grille and frontal treatment is bold and it has a road presence which wouldn’t look out of place in downtown Hollywood.

Yet it’s the cabin’s interior that most impresses, with comforts, conveniences and modern technologies for up to eight occupants, beginning with an audio system which can amplify a driver’s commands to unruly third-row passengers plus push buttons for the transmission (then again, didn’t the De Soto sedan have that back in the 1950s?).

There are, of course, all manner of aids and sensors to stop a driver a) moving out of the traffic lane; b) reversing into a post or pedestrian; c) side-swiping the car next door; d) falling asleep and more. There are traction and stability controls while all-wheel drive Palisades feature switchable driving modes for various road conditions from snow to rock to sand.

And everyone, from driver to back seat passengers, has decent comforts and seating positions. There’s air conditioning and USB ports for all, plus the ability to turn down rear audio speakers to allow drivers to rock on while others nap.

Entry to the third row is helped by electric functions for folding and moving second row seats. Clever stuff includes a Rear Occupant Alert which, for 24 hours after locking up, monitors movement inside and hits the horn if the dog has been left behind.

The Hyundai Palisade is a good-looking, well-sorted family wagon with style, comfort and substance. It will be far bettered suited to some families than many of today’s so-called SUVs.