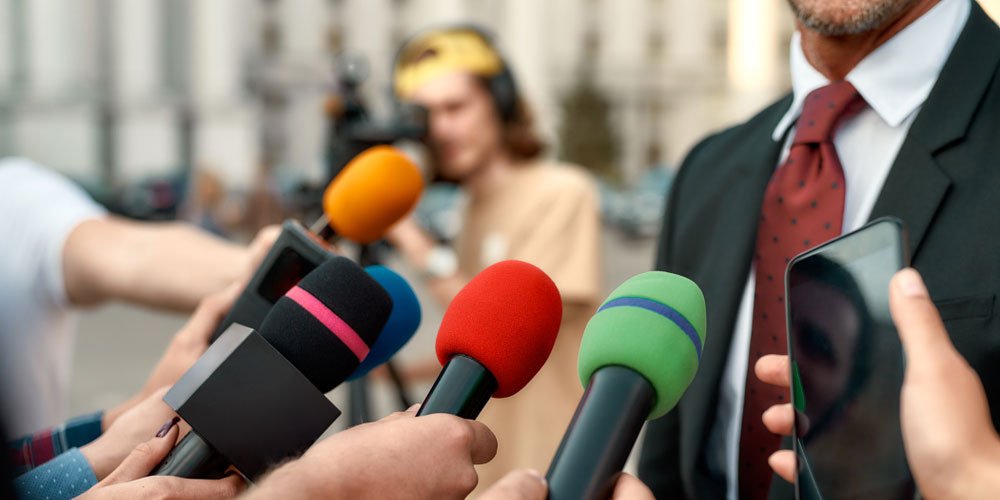 The conjunction “so”, as the OED tells us, when placed at the beginning of a sentence means “thus” or “consequently” and refers to the previous statement or opinion. Thus, it cannot correctly introduce the answer to the first question.

So why do they do it?

There are other similar examples of verbal laziness among news interviewees.

In days past, when children were taught public speaking – reciting poetry, joining a debating team or making a speech in front of an audience – they learned to think before they spoke.

They then spoke in properly formed sentences – subject, verb, object, verb/number agreement, correct use of adjectives and adverbs, and how to articulate clearly and confidently.

All that seems to have gone out the education window to be replaced by grunts, monosyllables and bad grammar. Where did we go wrong?

Whatever happened to correct use of pronouns: “Me ‘n’ ‘im went to ver movies”.

It should, and the staff, the females in particular, are not “youse guys”.

I have recently come across an English magazine called The Oldie. Two of the features I like are “Words and stuff”, which focuses on the use and misuse of our language; and “Pedants’ Revolt” which is a side-bar of reader contributions of the dumb things said by everyday people, especially politicians: “We’re going to do this, going forwards” and “at the end of the day, the end result will be the same.”

Other inanities include “a near miss”. If it didn’t miss, then it must have hit.

Here are a few more superfluities used every day:

Continue on – you can’t continue back

Meet with – meet is a transitive verb taking a direct object, as in you meet me/him/her. Ditto with connect – you cannot connect up/down/out.

Similarly, you cannot head up a team. You either head it or you are a part of it.

You cannot be quite/very unique – it means you are one of a kind and that’s that.

Other irritants with our language include modern buzzwords.

Consecutive songs on the radio cannot be “back to back” because that means facing in opposite directions.

An icon is a religious depiction of a holy figure used for devotion in eastern churches.

It came from the Greek “eikon” meaning likeness or image, and yet now it is used for everything from landmarks and milestones to rock stars and even sports events.

A coup de gras is French for “lawn mower” but the correct phrase, coup de grace, means using the sharp side of the axe to remove the victim’s head gracefully. With grace.

They should also know that you should not split an infinitive. The “to” belongs with its verb, so “to only do” and “to only say” is wrong. That’s only to say that is how it should be written or spoken.

Finally, to conclude, and at the end of the day, I will finish.

The two that really tick me off (to put it politely) are “different to” and “compared to”.

You don’t have to be a Latin scholar to know that one thing can only be different from another, and that you can only compare something with something else.

So, yeah, like, that’s my problem. Now, just watch your language.

Seeing stars
Train for life and go for gold