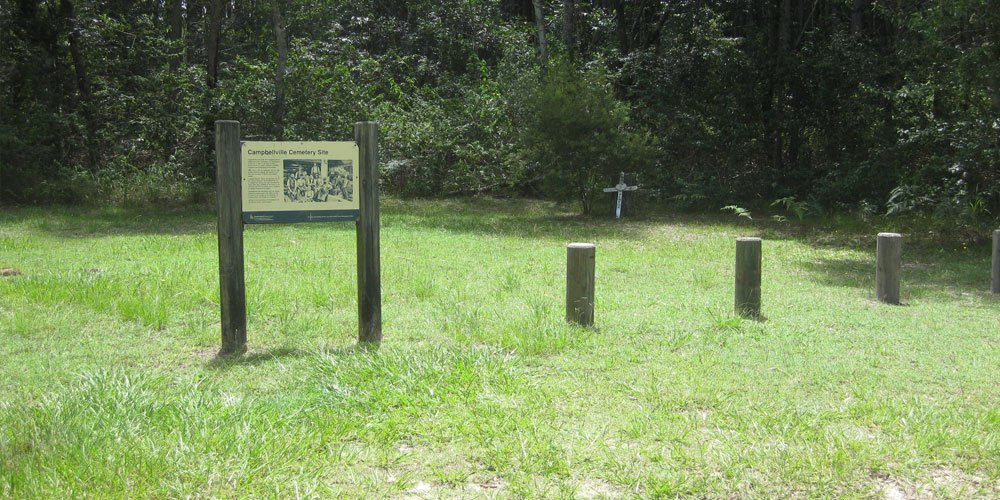 It became one of the largest in Australia with 10 sawmills, a brick and pottery works, a London office, 21 ships and many timber selections as well as a warehouse in Creek St, Brisbane.

To quote the late Allan Campbell, Queensland Governor and proud grandson, “James Campbell was one of Queensland’s greatest industrial pioneers.”

The forests and scrubs of the Blackall Range were rich in cedar, pine and hardwoods. From the 1870s timber getters snigged and hauled out the logs and sent them down the steep slopes by chutes, such as McCarthy’s Shute near present-day Mary Cairncross Park.

Bullock teams then hauled the logs over difficult terrain to Mellum Creek or Coochin Creek where they were assembled, tied with chains or ropes into rafts and steered by a raftsman on the out-going tide to Pumicestone Passage.

From there they were towed by cutter or steamer to Campbell’s Wharf in Brisbane.

There were many stories told about the valuable, giant red cedar trees. Aborigines called them Wootha.

Although the logs were offered for sale after the exhibition, no one would buy them because they were too large for any mill. The problem was solved with explosives to reduce their size.

Another story was told of a huge cedar log hauled by a team of 60 bullocks; and yet another about two locals, a Mr Graves and a Mr Burgess.

In 1881, James Campbell erected a sawmill at the junction of Mellum and Coochin Creeks. The settlement became known as Campbellville and the cutters and steamers carried away the timber after delivering supplies not only for the workers but for settlers on the Blackall Range.

Regular cutters in service were Alice, Cleveland, Katie King and Sabina. The little steamer Mavis serviced the mill from 1883 until 1890 and navigated Pumicestone Passage safely for that time.

The mill workers and their families soon numbered 100. A village reserve and a school reserve were proclaimed and a post office established. An area was set aside for a cemetery.

The railway line from Brisbane to Landsborough opened in 1890. Realising that the rail link offered an easier way to transport timber, the company closed the Campbellville sawmill and removed the machinery to their Albion mill in Brisbane.

The rafting of timber belonged to the past. The buildings were purchased by others and relocated. Very few names survive from those who lived and worked at Campbellville.

Campbellville was situated about 4km upstream from Pumicestone Passage. To reach the site take Roys Road off the M1.

When ginger ruled in Buderim
From Poland to Yandina Creek