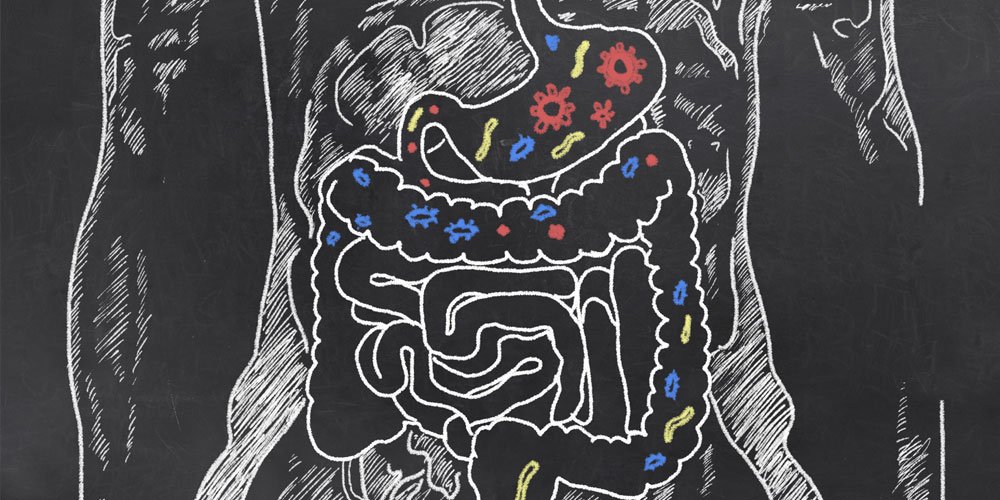 A parasitic or bacterial infection can often cause symptoms including diarrhea, constipation, distended abdomen, a sensation of fullness before you’ve finished eating or being continuously hungry, pain under the ribs, unexplained weight loss, fatigue, moodiness, rashes or cravings.

There are so many different ways to pick up harmful bacteria and parasites.

If you have been overseas, in particular but not limited to Asian or African countries; swum in rivers, lakes, or dams; had food poisoning or a common case of gastro; consumed unfiltered tank water; or been to festivals or events where handwashing facilities were not completely hygienic, there is a reasonable probability that a parasite could be contributing to unexplained gut or health issues.

It could also be a smoldering infection in a tooth or gums, or living with pets.

Natural bacterial colonies in your stomach, bowel, and large intestine can become occupied by unhealthy bacteria and parasites.  These weaken your gut walls and destroy your normal, healthy metabolic functions, resulting in “leaky gut syndrome,” or holes in your gut lining.

These holes and channels harbour undigested food, toxins, and especially bacteria and parasites.  Living in these leaky channels, they excrete their toxins.

They especially love feeding off carbs (sugars), which fuels their energy supply; hence you may have sugar cravings.

This whole process then forces even stronger immune reactions with fluctuations in thyroid, liver, and blood sugar levels as the body attempts to defend itself against unwanted intruders.

There are mainly two types of bacteria – gram-negative and gram-positive.

Because gram-positive bacteria only have a single cell wall (even though it’s thicker), they are, in general, easier to treat.

Even if an antibiotic gets into the empty space between the cell walls, it most likely will not kill the bacteria. It has to penetrate the second wall.

Gram-negative bacteria have a series of highly synergistic reactions to antibiotics.  By contrast, gram-positive bacteria rely on their thicker cell wall and rapid efflux pumps to withstand conventional treatments.

Bacteria can enter the body through wounds, breathing tubes, catheters, and injection sites.  Anything that breaks the surface will allow an entry point.

Most hospital infections from these bacteria come from the insertion of contaminated breathing tubes during hospital procedures.

Catheter insertion can cause severe infections of the urinary tract. Injections, the drawing of blood, intravenous lines, surgical drains, and open wounds invite infection of the bloodstream.

Consequently, if the right herbs have not been used to treat your bacteria or parasitic infections properly, they will remain latent in your body, causing systemic damage.  Meanwhile, it wreaks havoc with your gut and immune system for many years.

They do not leave your host body of their own accord.  Common herbs such as black walnut, wormwood, and cloves are tremendous and commonly used in herbal medicine.

Additionally, with particularly resistant strains of bacteria, other herbs will need to be utilised.  Cryptolepis, barberry, juniper berry, and Japanese knotweed (to name a few) will synergistically move the herbs through your body, focusing on specific targets and effectively eradicate all of them.

This type of treatment plan usually needs to be undertaken for at least a month to eradicate the bacteria/parasites and their breeding lifecycle.

Lessons in value of exercise to be learnt from ancestors
Cats, dogs or fish … it’s a pet subject