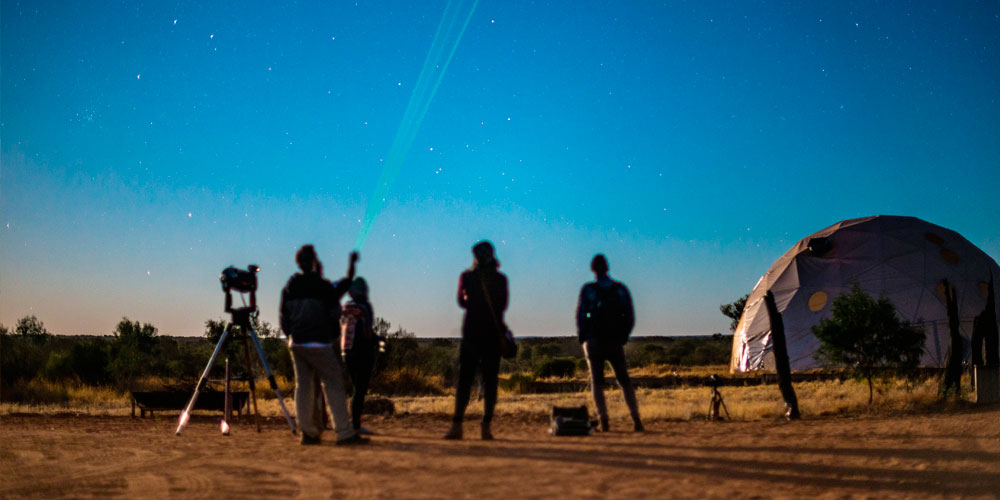 Stargazing at Earth Sanctuary which has one of the clearest night skies in the world.

From exploring the UFO capital of Australia to outback stargazing and the Aboriginal dreamtime stories told by the night skies, the Northern Territory is set to become a premier destination for space tourism.

NASA announced in September that three rockets would be launched from the Arnhem Space Centre, which is now being built on the Dhupuma Plateau near Nhulunbuy.

It will be the first NASA launch from a commercial launch facility outside of the United States.

As part of the mission, the rockets will carry scientific instruments into space to conduct astrophysics research and provide scientists with the opportunity to study astronomical objects that cannot be observed from the Northern Hemisphere rocket range.

But travellers don’t have to sign up as astronauts to become space explorers in the NT. Here are some ideas for the Earth-bound traveller to visit:

Wycliffe Well, 130km south of Tennant Creek and 380km north of Alice Springs, has had a reputation for attracting visitors of the extra-terrestrial kind since World War II.

A popular stopover on the Stuart Highway is the alien-themed Wycliffe Well Holiday Park. Keep your eyes peeled for a UFO sighting  by night and spend your days investigating the stunning Davenport Ranges national park (accessible by 4WD only) or the geological marvel that is Karlu Karlu/Devil’s Marbles. 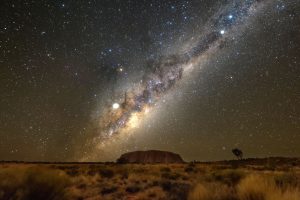 Some of the clearest night skies in the world can be observed from Earth Sanctuary, 15 minutes from Alice Springs on Southern Arrernte Country.

The outback observatory offers a range of guided astronomy tours, featuring laser lights and a deep-sky telescope. For a truly magical experience, sleep under the stars at the Sanctuary’s Space Camp, a set of six intergalactic-style domes available for glamping or swag style.

Dark Skies Festival, from May 4, 2022, is a celebration of humanity’s connection to the night sky.

Decode the night skies with the world’s first astronomers .

Glamp under the stars in epic locations

With its wide-open spaces, pristine landscapes and dazzling night sky, the Northern Territory has no shortage of glamping options.

A new under-the-stars glamping experience has been launched on the farm on the outskirts of Katherine. Glamping compliments the award-winning outback show and horse-riding experiences, providing guests with a complete farm stay experience.

This is open only during Dry Season.

Just 1½ hours drive from Darwin, guests discover the best of the Top End, from a helicopter scenic flight over Litchfield’s floodplains to an airboat ride, sunset, star gazing around the fire pit and meeting wild crocodiles

Nested in the quiet of the desert, Kings Canyon Resort is a base for exploring Watarrka National Park and its inspiring landscapes. Travellers can relax in one of six, luxurious, homestead-style glamping tents in a central wiltja (shelter) area.

Longitude 131 is Australia’s most celebrated luxury basecamp, offering uninterrupted views of Uluru-Kata Tjuta National Park. Guests can stay in one of 16 tented pavilions, adorned with Aboriginal art, floor-to-ceiling glass windows and a private terrace with a daybed and campfire, perfect for private stargazing.

For the ultimate glamour, choose the Dune Pavilion, which has superior views and a private plunge pool overlooking the outback frontier.

­Wildlife, action, adventure … the Far North has it all
Stay and play in the great north-west