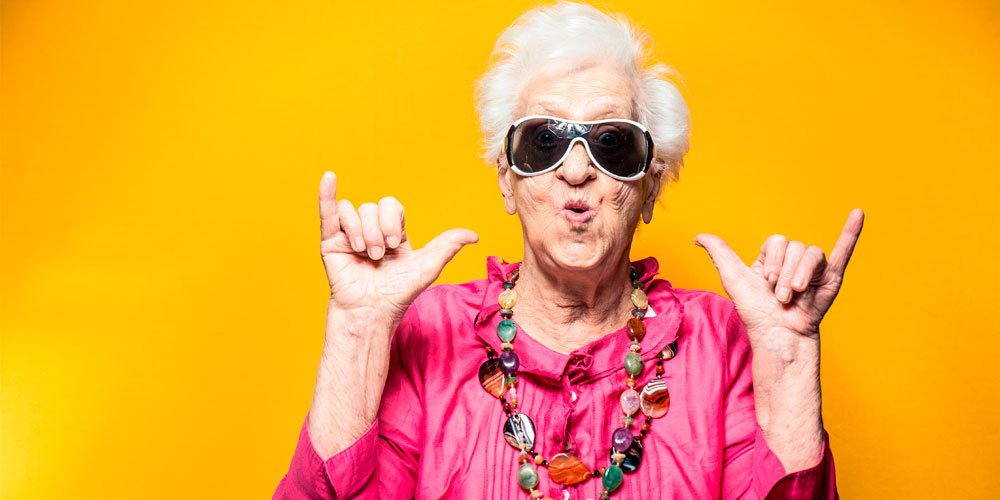 When Greg Champion sang that he’d made A Hundred in the Backyard at Mum’s we took it as a celebration of youthful achievement and aspiration.  But today it’s Mum who is making her century, and Dad too – and we are celebrating longevity, not cricket – because centenarians are Australia’s fastest-growing demographic.

Never before have we seen so many nonagenarians and centenarians not only making it into what we used to consider extreme old age, but still living life to the full.  They are driving cars, sitting on committees, playing music, writing books, taking part in community activities and – often – living alone.

Yet exactly why it is that some people live so much longer than others continues to baffle researchers looking for a common denominator.

Then there’s what is probably the most important factor of all – luck.

Because it’s not just about living long, it’s about living well, or what we now call “successful ageing”. And achieving this is probably due not just to the foregoing factors but to genetics and life choices.

A program at the University of New South Wales is investigating the environmental and genetic determinants of successful ageing.  It’s led by Professor Perminder Sachdev of the Centre for Healthy Brain Ageing (CHeBA).

The study has already determined that up to 50 per cent of us will suffer from some sort of cognitive decline, such as Alzheimer’s disease, as we age but the rest, who continue to function well mentally and physically, are of especial interest.

Research also indicates that those with optimistic personalities, strong social connections and a reason to get up in the morning have the right stuff for a long life that remains worth living.

Those attributes certainly describe the people interviewed for this story. 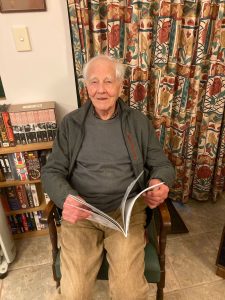 John Leisten, 97, is a former chemistry lecturer who was still involved in youth education in his late 80s. He is now on a mission to convince our governments of the need to improve the quality of science education in our schools.

He played tennis until he was 91, squash in earlier years and has been a lifelong bush walker, rock climber and mountaineer. His other passion is opera and he and wife June, married for 62 years, still go to concerts when they can.

And when they can’t, they listen to them on YouTube because John is adept with digital technology – he has his own website aimed at helping parents teach their kids science and has just had an article published in an international science journal.

John is short and lightly built. Yet, in his own words: “I have always eaten just what I wanted. I drink when I am thirsty, and never drink plain water. I am a sugar baby and have two or three teaspoons of sugar in tea or coffee depending on the size of the cup.  I like salty food and have attracted comment for sprinkling food before I have tasted it. I dislike lean meat very much, and I am liberal with butter. I choose full cream milk and have quite a lot of cream and ice cream.

“In recent years I have had half a glass of wine with the main meal (usually lunch) almost every day.

“At 97, after almost a lifetime of flouting nutritionists’ do’s and don’ts, I am a virtual proof that nutrition is a charlatan science”.

He does eat small portions though, with plenty of fruit and veg and for the past decade has taken 100 units a day of Vitamin E.  He thinks the intensity of his passion for science might be a factor in his longevity but attributes it mainly to luck.

Like the Leistens, World War II veteran Henry Martel, 96, and his wife Diana, 90, still live in their own home and maintain strong connections with family and friends, many of whom belong to the same social group which meets regularly to enjoy trips around south-east Queensland.

This helps overcome one of the problems of advanced old age which, Henry says, is outliving so many of your old friends that you have nobody to share memories with.

Both John and Henry are retired academics, which tends to reinforce the belief that chances of successful aging are enhanced by a good education that fosters lifelong intellectual interests and helps us make better life choices.

However, not all our nonagenarians have had that opportunity, especially women.

Jess Muller, 93, left school after Junior and though she had “the brains for university” her family situation meant she had to go to work.  She was a bookkeeper for many years and after marriage and five children again considered university but decided her children needed it more than she did. So she continued working and, blessed with a good financial brain, investing.

In her 80s, comfortably off due mainly to her own endeavours and acumen, she started doing Open University Courses and thanks to U3A and digital TV has been able to indulge her lifelong love of good music, opera and ballet.

Jess has also travelled and enjoyed a long and happy marriage. Her recipe for a long life – stay curious and involved.

Her old classmate at Greenslopes State School, Doreen Wendt-Weir, 93, also came to higher education late in life, completing an Honours degree at the age of 75.

She is well-read, takes a keen interest in politics and remains a firm supporter of U3A in her small semi-rural community.

“You name a course and Doreen will do it” one friend says.

Doreen is also the author of several books including Sex in Your Seventies, which gave her the reputation as a “sexpert” for seniors.  She has appeared as a panellist on Q and A and pre-Covid, was a regular as “Dear Doreen” on the Channel 7 morning show.   She has just published her latest book and does all her writing on a computer: “I embrace modern technology,” she says.   “Old people have to work hard to remain visible and to achieve this you have to be both interested and interesting.”

It is possible to see common factors with these four 90-somethings.  Three of the four had long and happy marriages, all had several children, all have continued to nurture their intellect.

But then there is Elsie Opperman, who goes against this stereotype.  Sadly, Elsie died one month short of her 105th birthday and just after I interviewed her – when despite poor hearing she had plenty to say for herself and all of it good, sound sense.

Elsie was raised on a farm outside Brisbane and left school at 14 to “dig the potatoes”. She married young but her long marriage to Ernie produced no children.

She never travelled far from where she’d been born or read many books but took a lively interest in current affairs, loved going to social events, grew wonderful orchids, knew all the best local places to dine out and lived alone in her old Queenslander, with steep outside stairs, until she turned 102, when she had to move into a nursing home.

Despite heart problems and a bad bout of shingles she enjoyed basically sound health – yet apart from a bit of bush tennis when young, Elsie never played a sport or did formal exercise and was raised on fatty meat, cream cakes and sweet puddings.

She’d never heard of pilates or cholesterol, but she did work hard most of her long life and continued to walk to the shops until she was over 100 – albeit with a walker for the last few years.  Talk to anyone who knew her and they’ll tell you she was the the happiest, most contented people you could ever meet.

STUDIES on ageing have identified seven zones around the world where the population enjoys above average longevity yet, again, no common factor can be positively identified.

Some, but not all, are comparatively isolated and while a Seventh Day Adventist community in California maintains a vegan diet the same can’t be said of the Sardinians.

It seems likely that rather than looking at social factors to solve the mystery of successful ageing the answer will be discovered in the laboratory, in studies such as those being conducted by CHeBA’s neuroimaging group.

It aims to accelerate development in prevention of the vascular dementia which is such a factor in NOT ageing successfully.

In the meantime, let’s give the final word to Queensland grazier and writer Dexter Kruger who died in July aged 111 and was still active and making the most of life.   In one of his final interviews, he said: “There’s no secret.  Keep breathing, have three meals a day and the time goes on”. 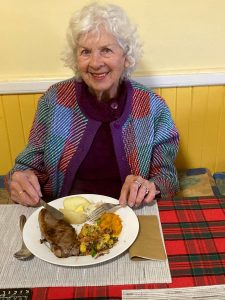 ‘Er name’s Doreen …Well, spare me bloomin’ days! You could er knocked me down wiv ‘arf a brick!

…And that’s how most people feel when they meet Doreen Wendt-Weir who was named for the girl beloved by C J Dennis’ Sentimental Bloke – because at 93 she is a stunner!

Her blue eyes are full of life, her hair elegantly waved and though she now walks with a stick, she exudes the still-youthful self-assurance of a woman accustomed to achievement.

She began life humbly on a farm near Logan Village where holidays were rare and social life revolved around the local hall.  Though hoping to go to university she had to leave school at 15 due to the World War II manpower shortage and worked first for the US army.   She then became a nurse and when her training was finished headed to London with a girlfriend to work as a midwife and hitchhike round Europe.

Returning to Queensland, she married, had four children and then left her husband while her two youngest were still in school – a bold move back then for an artistic woman who wanted more than being a Brisbane housewife.

She began painting professionally, excelled at enamelling and opened her own small gallery/shop.

At 71, she began a bachelor’s degree in Creative Writing and Indigenous Studies, and was the first person to graduate in the subject from Griffith University.  She then went on to do Honours, choosing as her thesis those settlers who in the 19th century emigrated from Germany to the Logan district.

She comes from that pioneer stock and has written about it in her books Barefoot in Logan Village and Knee-Deep in Logan Village. Her latest book is Gardening in Your Nineties.

“It’s not so much a gardening book,” says Doreen, who still grows her own vegetables, “but a memoir and a love story”.