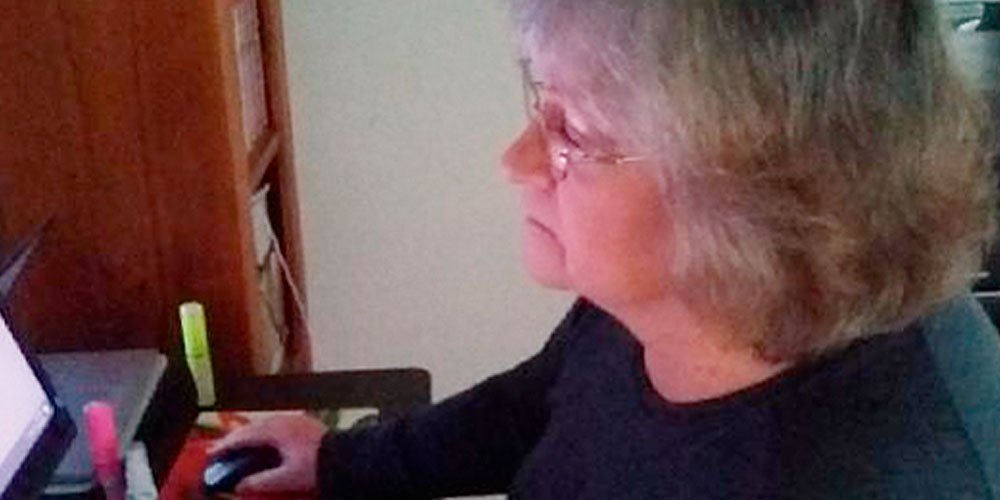 During the past 13 years, Lesley Craig has investigated more than 900 cases, from locating long lost loved ones to finding debtors for collection agencies and witnesses or beneficiaries for law firms.

Rarely has she had to come back with, “all avenues exhausted”.

A rebellious teenager in the 1960s, she had a brush with the law as a runaway and decided that she would become a police officer. She waited until she was 18 to apply, but at just 5ft tall, didn’t meet the required height and that was the end of the dream.

Lesley focused on making her way through life working in offices – until 2008 when, at a time of life when many would find themselves thinking about retirement, she decided to pursue a new direction.

With an enquiring mind, a memory like a steel trap, and accurate and detailed reporting skills, she had all the qualifications she needed to become a private investigator.

“I have an extremely good memory. If I’m talking to someone and they ask, ‘do you remember that?’ I can answer with the details right down to the red cardigan she was wearing at the time. Everything is a picture to me,” she says.

She also has an analytical mind.

“You have to put two and two together and come up with four. You don’t rely on hunches or gut feelings. You deal with facts only,” she says.

Lesley spent a year studying at the private investigator academy, typing lots of assignments, attending court to observe proceedings in the event of being called as a witness, and doing hypothetical stakeouts in the field.

“We went out in a little bus once, five young men aged 20-35 and me,” she says. “I am sure they wondered if the little 5ft-nothing lady had inadvertently wandered into the wrong classes.”

After creeping around under the cloak of darkness memorising licence plates and colour, make and model of a subject’s car; having a thorough background check; and putting her fingerprints on record, she was licensed and ready to go.

“The first few months were unproductive but then a thoughtful, well-established PI, gave me a simple job going undercover in a country town. That led to others knowing about me and from then, business started to grow,” Lesley says.

“At first, it was mainly locating people in and around Australia. Initially, I found debtors were difficult to speak with but over time I learned to listen to their hard luck stories and even convinced some to contact the company that was seeking them.”

Easily the favourite investigations are those to inform people that they have a nice surprise coming their way if they contacted her client, usually a law firm, directly. Locating long lost friends or family comes a close second.

On a recent case, she was contacted by a PI in the UK who emailed saying he had been looking for a woman in Western Australia since 2010, as he had “a lot of money sitting here for her” in a UK account.

The first step was to ask for proof of his credentials and a lawyer’s letter verifying the case and then Lesley set to work. After four weeks of checking and calling, she discovered the woman wasn’t in WA at all, but in Brisbane.

“I spoke to her, and she was thrilled to bits,” she says. “I got her money for her and he rang back to thank me. He also doubled my fee. I was so thrilled as it was my first tip. People move house. You have to look outside the box.”

Lesley tends to steer clear of spouses seeking ex-partners – “if they were on good terms they would be in touch and not need my services” – and is happy that the few she did carry out were mostly unproductive – that is, there was no infidelity.

“There was one memorable case though. I was to follow and monitor a mature age Brisbane businessman who, according to his wife, enjoyed chatting up younger women at a particular bar on a Friday night,” she says.

“I observed him passionately kissing a woman half his age and was obliged to advise my client, his wife. I’m very glad I was not seated at their breakfast table the next morning.”

Locating people who owe money is not the best side of the business, but it is the most common.

“Many of the guys have asked me to do a field call for them because nobody suspects me when I rock up at a door saying I’m lost or have lost my dog. I can ID someone and the job is done.”

Lesley says that while she enjoys her work, she isn’t passionate about it. But it just so happens she is very good at it.

“There are ups and downs,” she says. “I can be yelled at and sworn at or have someone thrilled to see me. It’s a rollercoaster.”

Since Covid, she has spent more time behind the keyboard than in the field, for obvious reasons, but she has had plenty of opportunities to do stakeouts in the past.

“He had fleeced many senior Aussies of their money and when I believed I had his correct residential address, I set up an observation post with a male PI so that together taking shifts, we could observe and film the subject.

“Because the instructions were to carry out a 48-hour stakeout, we took turns napping while sitting upright. The result was that the man’s assets were frozen and he was extradited to the US to face court.”

Reuniting family and friends remains a favourite job, although locating adopted children requires not only finding them but also negotiating the reunion.

“It takes a bit of counselling to get them back together. You don’t just hand over a number,” she says.

And while that famous memory keeps working, so will she.

“Dad worked until he was 86. I still enjoy the work I do and hope to keep going for a long time yet, as I pride myself on using my skills and expertise, as well as discretion and empathy when accepting a case,” she says.