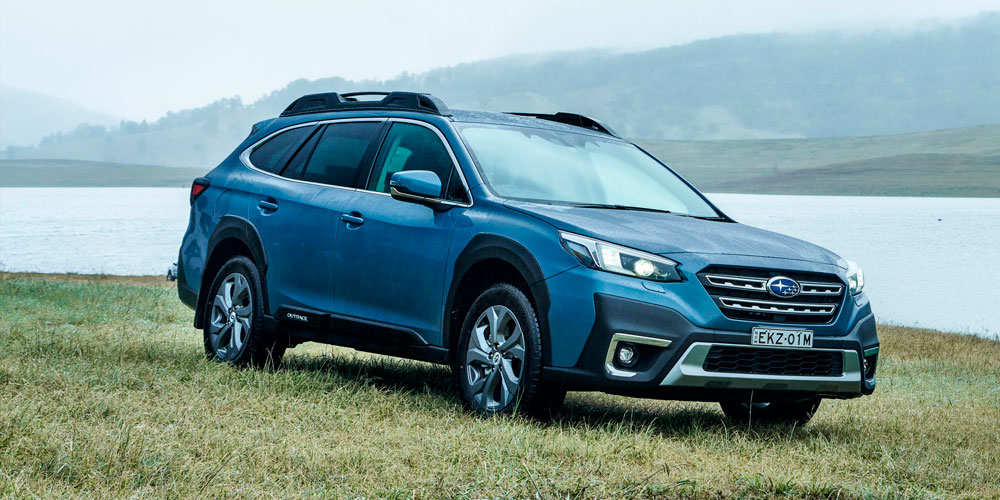 First seen in Australia in 1996, some 150,000 Outbacks have been sold around the country and the latest version doesn’t let the side down.

While familiar in style and substance this sixth generation of the Japanese all-roader is better yet again – highlighted by a more premium interior as much as improved mechanicals.

Subaru had already been building four-wheel drive passenger-style wagons and utes before the Outback.

It had advantages over rival four-wheel drives of the day – a lighter body and Subaru’s boxer, flat-four engine which allowed for a more symmetrical drive train and lower centre of gravity.

Those Leone wagons and Brumby utes were game machines, albeit sometimes at the expense of clutch plates.

So, the company had the knowledge and the bits and pieces by the early 1990s to turn the road-biased Liberty wagon into a higher-riding, four-wheel drive capable of tackling all manner of roads from the Birdsville Track to the Snowy’s ski fields. This was one of the godfathers of the Sports Utility Vehicle family.

Today’s all-wheel drive Subaru Outback, unlike some so-called SUVs, maintains an honest approach to the business of venturing off tarred tracks.

The five-door body – measuring 4870mm long by 1875mm, with 213mm of ground clearance – offers good space for four or five adults, plus decent cargo room (and a full-sized spare tyre below).

The cabin’s a well-appointed and well-sorted interior with a premium feel to trim and surfaces. Fresh features include a smart 11.6-inch touch screen for navigation, phone connectivity and entertainment.

Automatic up-and-down for all four windows is a minor, but welcome, feature which lifts the appeal of a wagon starting from around $40,000 before on-road costs.

Subaru’s driver monitoring would be handy on a long day over Queensland’s hillbilly highways (as would the tyre pressure monitoring system) but some elements here appear a tad overprotective.

Glance sideways at oncoming traffic, nudge a white line, tuck in behind a car to make that turn on the green arrow and the Outback lights up with alarms and maybe a tweak of the steering wheel. It can be disconcerting.

There are few complaints about the Subaru’s road manners. For a wagon that sits that bit higher than a conventional vehicle it steers and handles fine. Ride comfort is good though in some rutted conditions a taller profile tyre than the Outback’s 225/60R18 tyres might be appreciated.

Powering the 2021 Outback is an upgraded version of the faithful 2.5 litre engine, now producing 138kW and 245Nm of torque.

This is delivered though a Constantly Variable Transmission with eight “steps” which can be controlled by paddle shifters on the steering wheel; the engine-transmission combination is smooth and efficient if maybe a little thirstier, at 7.3 litres per 100km, than some.

The Subaru Outback remains a well-designed SUV, today more capable and comfortable than ever for heading hell, west and crooked.