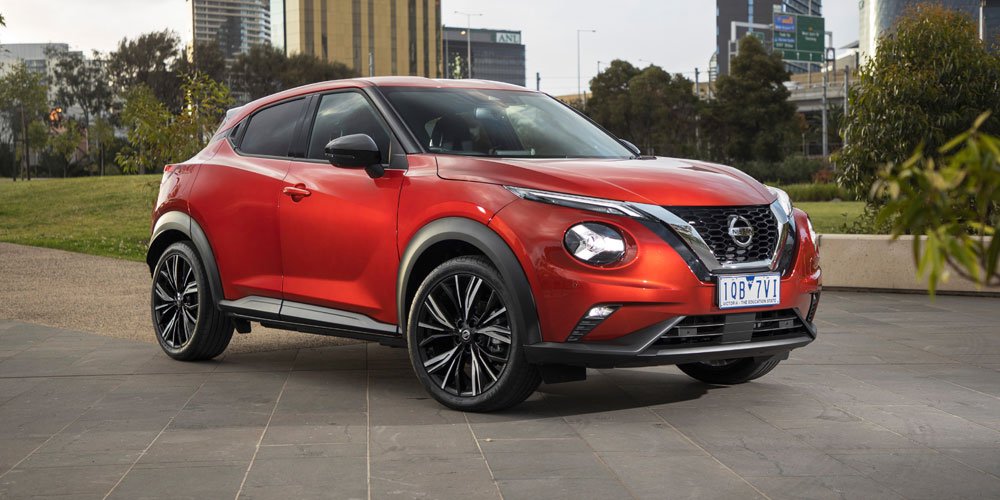 Cute style and attitude, the British-built compact Nissan Juke was a big hit in Europe. Here it went okay.

It still carries a recognisable style but this time around it’s a bit bigger and a bit more sophisticated, so it’s a better thing all round and better-suited again to the urbane types, old and young.

The only problem is there’s more showroom competition these days and there are others with punk-baby style.

Recent additions to the flock, in a super-competitive part of the market, include Volkswagen’s T-Roc and the Ford Puma. Meanwhile Kia’s Seltos continues to win friends and the Toyota CH-R has a fair following among a number of showroom rivals.

Still, this new Juke carries itself well. It retains road presence although upmarket versions, particularly in hues of dark silver and such, perhaps take themselves too seriously.

The Nissan has a distinctive five-door body, loaded with cheeky chic – why not flaunt it in bright colours?

For all the flair of the body, the Juke’s interior is restrained and civilised. And spend right through to the Ti model – at $36,490 before on-road costs – and there’s little missing in the way of gadgets for comfort, convenience and safety.

All these front-wheel drive Jukes, starting from $27,990 recommended retail, carry a goodly amount of gear.

Standard power across the four-model range comes from a turbocharged, 1 litre engine with 84kW. These aren’t Nissan 350Zs by any means but have enough punch, and a little bit of sporting snarl, for town or highway.

The auto gearbox has paddle shifters on the steering column for seven gears and a sophisticated dual clutch.  And this combination of transmission and turbocharger can lead to a bit of a stutter when moving off, or reversing, at low speeds until drivers finds a sweet throttle spot.

(The top two models ST-L and Ti offer Eco, Standard and Sport drive modes as well; stick ‘em and leave ‘em in Sport for a better driving experience. Fuel consumption should still come in around 6-7 litres per 100km.)

Problem here, as with a few machines these days, is that these systems are pretty sensitive souls and often there’s an unnecessary suite of flashing lights, automatic heavy braking and pounding hearts when there’s no immediate danger.

Sometimes the Juke’s sensors are a tad too pedantic and play to the lowest common denominator, assuming every driver is inept and partly blind.

Anyway, this second generation Nissan Juke is bigger inside and sits on a longer wheelbase than its predecessor. There’s more room in the back seat too, although the rear remains a bit cosy for full-sized adults.

It is quieter than before and ride comfort, even with the Ti’s 19-inch wheels, is improved, as is the Nissan’s handling in general.

So all-round the new Juke is a better car than the old Juke.

But maybe in that growing up, some of the original’s distinctive character has been diluted a touch.