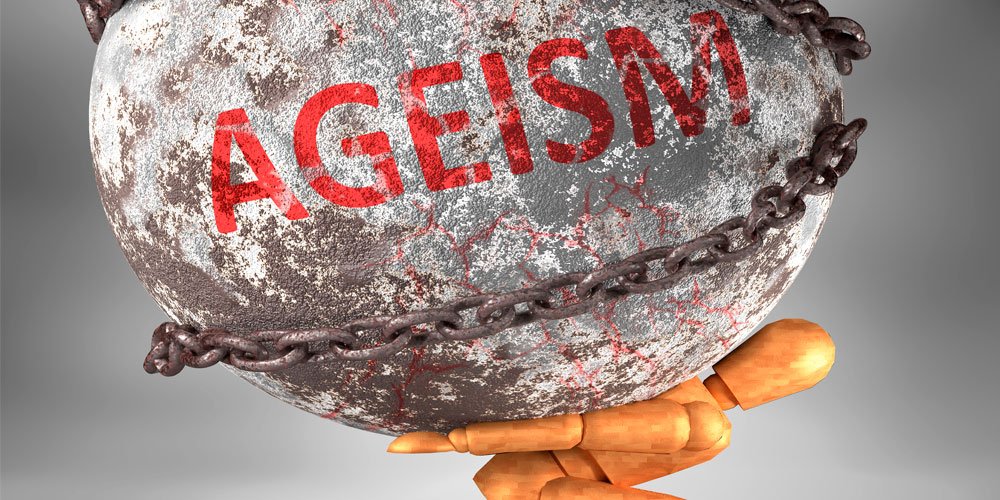 They’re the Grateful Generation – those who took on the tough times, facing a depression and seemingly endless wars with admirable stoicism.

Even as they edge closer to the end, they’re still taking it on the chin, suffering in virtual silence about ageism — the negative prejudice against older people that experts say is becoming as widespread as racism.

Ageists be warned – there are new kids in town who are not afraid to stand up and be counted. That’s the bold hope of Aged and Disability Advocacy Australia chief executive Geoff Rowe, who sees the advancing years of Baby Boomers as a force for positive change in our society. He points out Baby Boomers have runs on the board for changing their world.

“The current demographic of older people, by and large, are what we call the grateful generation,” Rowe says. “The generation who have grown up through the wars, through the Depression. They’re a population that doesn’t expect a lot and are fairly grateful for what they get. They’re reluctant to complain.”

Rowe reckons the negative attitudes to age are about to crash head-on with the Baby Boomer generation, “and no one ever described them as being grateful”.

“They’re a generation who saw things they didn’t like and they demanded change. I’m curious to watch as a society how we deal with ageism going forward because there’s a whole lot of people who won’t roll over and say, ‘Yeah, I’m happy to be treated as a second-class citizen, or a non-citizen. I’m happy to be invisible’. That won’t happen.”

Baby Boomers live for change. They’ve stopped wars, led the charge against racism and revamped social mores from the cradle to the grave. As one example, Rowe recalls the days when fathers stayed home or went to the pub while mothers were giving birth.

“Now you can have the whole neighbourhood there if you want. How did that happen? That was driven by the Baby Boomers who said ‘I want my partner there, I want people who are important to me there. I want people to share that experience with me.

“I guess the optimist in me believes that going forward we’ll see the whole notion of ageism being challenged.

“We don’t call it out and that’s part of the solution. This where the Baby Boomers will come in. They’ll say, ‘I don’t want to be treated like an idiot. I might have had a birthday and gone over a certain age but I’m essentially who I am. I’m bright, I’m contributing … I’m as valuable a member of society today as I was 12 months ago.”

Rowe is far from alone in his view of ageism as a negative issue that’s “across society”. So, what is ageism?

Ageism against older people is prevalent in how society talks about ageing and what it means to be older. Older people are regarded as out of touch, frail, forgetful and, in extreme cases, worthless. Examples include losing a job because of age, being refused credit or insurance, being ignored in a shop or restaurant, or being refused membership to a club.

Many older people get rightly annoyed when younger folk insist on helping them to do something they’re perfectly capable of doing or if they presume that they’re computer-illiterate.

One quick – and fun – way to test whether your attitudes qualify as ageist is to visit everyagecounts.org.au and take their multiple-choice quiz.

Spoiler alert: The answer to “An older driver has had a minor car accident. What are you likely to think?” is not “He probably had a senior’s moment on the way to lawn bowls”.

Every Age Counts also features a short, call-to-arms video narrated by evergreen actor Bryan Brown, who describes the ideal situation in which getting older will feel like an achievement, not something to be hidden. 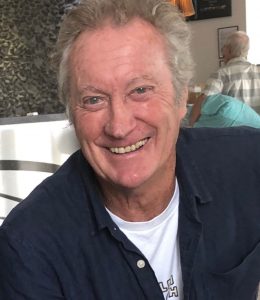 Brown deftly uses his everyman appeal to start the conversation and get Australians thinking about a difficult issue. But, humour aside, the rising tide of ageism is becoming a serious global problem.

Rowe describes ageism as “dehumanising”. “It takes the human out of the picture and allows elder abuse to happen. People being invisible, people losing human rights – there’s a whole lot of things that flow on as a result of our ageist society.

“Somehow or other we seem to lose our human rights as we get older. If you peel back the layers there’s absolutely no reason that we should, but for whatever reason people who are older are seen as bit doddery, having lost some of their marbles.  All of the stereotypical things.”

A report released this year by the World Health Organisation and the United Nations uncovered the staggering statistic that every second person in the world is believed to hold “moderate or highly” ageist attitudes.

This, they say, has led to poorer physical and mental health and reduced quality of life for older persons, costing societies billions of dollars each year.

The report cited research showing that in 85 per cent of 149 studies, age determined who received certain medical procedures or treatments.

It’s prevalent in the job market ¬ – the WHO estimates that if 5 per cent more people aged 55 or older were employed, the Australian economy would get a $48 billion shot in the arm each year.

For perspective, that’s four times as much as the total annual value of gold production in this country.

Every Age Counts campaign director Marlene Krasovitsky says the assumption everyone over 65 is retired doesn’t stack up. The latest data shows only 49 per cent of people over 65 are retired, down significantly from 60 per cent three years ago.

“The reality is most older Australians are living longer, healthier lives and they want, or need, to work longer. So, what’s holding them back? Ageism,” according to Krasovitsky.

“If we want to maintain funding for essential services and infrastructure we need to lift the labour force participation rates of older people who want or need to work. That means we have to address ageism at its root – the stereotypes, assumptions, and discrimination that currently lock older people out of work. We simply can’t afford to continue carrying around outdated ageist notions … they’re holding us back.”

“Ageism harms everyone – old and young. But often, it is so widespread and accepted – in our attitudes and in policies, laws and institutions – that we do not even recognise its detrimental effect on our dignity and rights,” says Bachelet, a former president of Chile.

A recent study by the Australian Human Rights Commission found 90 per cent of Australians believe ageism exists and 83 per cent rank it as a negative – more than the number of Australians who believe climate change is a problem.

More than half agreed that making jokes about age is more socially acceptable than mocking things like race or gender.

According to Age Discrimination Commissioner Kay Patterson, age is not the problem – ageism is. “Ageism is arguably the least understood form of discriminatory prejudice, with evidence suggesting it is more pervasive and socially accepted than sexism or racism,” Dr Patterson says.

“It is incumbent on each of us to discuss these issues and do our bit to bring ageism into mainstream conversations in our workplaces, living rooms and with our friends.

“Every Australian must do what they can to challenge ageist attitudes in themselves and others.”

So why does nobody seem to care? Why hasn’t a socially progressive nation like Australian fought back with the same sort of energy we’ve devoted to fighting sexism, racism and other forms of discrimination?

The last time the Australian media fired up over an act of ageism was way back in 1989. Then PM Bob Hawke, peeved at a dig from Whyalla retiree Bob Bell that pollies were paid more in a week than pensioners got all year, snapped that the “silly old bugger” didn’t know what he was talking about.

The media went into hyper-outrage mode. In the ensuing feeding frenzy, a balance of payments announcement that drove mortgage rates to a record level “hardly caused a ripple of public reaction”one report noted.

While Cabinet wrestled with weighty problems like mining in Kakadu National Park and a crippling pilot strike, Hawke’s advisers grappled with an own-goal from a PM ironically known as the Silver Bodgie.

The surreality really hit a high when 74-year-old Bell admitted he hadn’t even heard Bob’s barb as he wasn’t wearing his hearing aid.

Since then, sporadic, isolated reports on ageism in the mainstream media focus on the release of reports and generally stimulate little follow-up.

Earlier this year, the ABC’s Triple J caused a minor media kerfuffle with a tweet aimed at disgruntled older listeners: “Did it hurt? When you aged out of the youth radio station.”

The figures say differently. A survey by Amica Senior Lifestyles showed almost 80 per cent of Baby Boomers agreeing with the statement that “young people would be surprised by my music taste”, with 23 per cent fans of hip hop and almost one in five choosing heavy metal.

Rowe says although governments are making positive steps towards tackling ageism, the negative feelings about cost still bubble to the surface at Budget time. Weight of numbers will change that, he believes.

“At the moment we know about 15 per cent of the Australian population is 65 and above. By 2050 that’s going to ramp up to about 25 per cent. That’s going to demand some change of attitude because they’re no longer a minority group – at one in four, they’re a sizeable chunk of the population.”