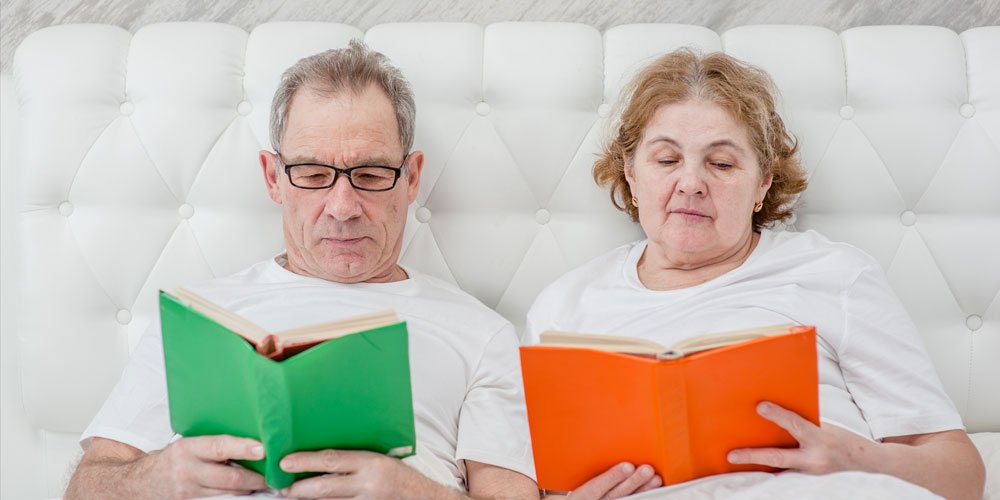 Sleep is essential. As we sleep our brains lock in and organise the memories from the day.

Cerebrospinal fluid does a major wash through the brain during the non-REM sleep cycle. It cleans out waste products such as potentially damaging beta-amyloids that are a hallmark of Alzheimer’s disease.

Being deprived of sleep can lead to slower reaction times, poor decision-making and accidents. Yes, a good sound sleep is essential.

What we don’t need though, is anxiety about what is “normal” sleep. Let’s examine a few myths.

Myth 1 – You need 8 hours of continuous sleep a night.

There is much debate about exactly how long an older person needs to sleep to feel rested the next day. Some experts advocate eight hours as the standard. Others say anywhere between seven and nine hours is fine.

As you age, sleep requirements can change, after all your body is changing. It makes less melatonin. This hormone is manufactured in the pineal gland and is released to help you sleep at night.

According to Daniel Lieberman, academic and author of Exercised, the call for eight hours of sleep was adapted from a slogan for workers’ rights.

Research in the USA shows most adults sleep seven to 7.5 hours a night and do fine.

Recent studies have looked at groups who do not live by the electric light and television programming. For instance, the American Amish people who shun electric light sleep 6.5 to seven hours and so do the farmers in Madagascar.

Both these groups live active outdoor lives yet manage fine on less than eight hours of sleep.

Myth 2 – Being awake during the night damages your health.

If we look at the human health over the centuries we can learn much. It was common to have two sleeps a night, called the first and second sleeps. There was an hour or two of wakefulness between them.

In the space between the first and second sleep, people would stay in bed where it was warm, and rest, talk or have sex. They would also check on their animals or attend to other household tasks.

Being awake was normal. It was not a cause for stress and did not lead to illness.

While wandering around your house at 2am may not suit your spouse or other housemates, this historical evidence for two sleeps as a normal human pattern may help you feel better about wakefulness.

This two sleeps pattern was the subject of a book by historian A. Roger Ekirch called At Day’s Close: Night in Times Past.

Ekirch found fewer references to the first and second sleep as modern industrial society took hold from the 17th century onwards. Interestingly, in the late 19th century the “problem” of insomnia appeared.

So where does this leave you and senior family members?

The key is to find your own sleep patterns. Listen to your body. Be alert to everyday impediments to good sleep, such as external lights or moonlight. Using a mask can help. Note whether your sleeping changes with new medication.

Research shows that exercising earlier in the day can help you sleep. Above all, stress less about sleeping.