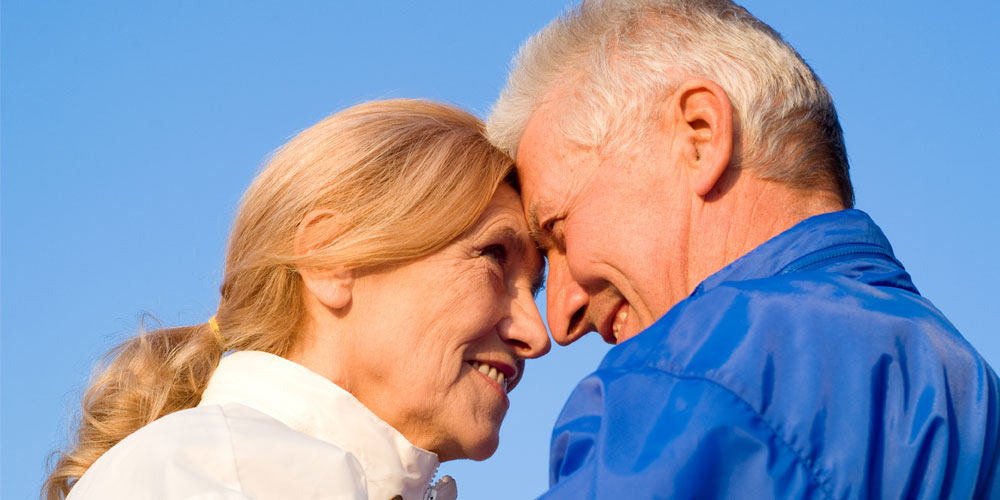 Doctors and psychologists working in geriatrics are uniform in their contention that a continuing sex life is important for good health.  It causes the brain to release endorphins that reduce anxiety and engender intimacy and trust to a relationship, stimulates hormones and – it’s claimed – can even add years to your life.

It’s not all wine and roses though because the occurrence of sexually transmissible infections (STIs) in Over 60s is surprisingly high.

Sociologist Dr. Sue Malta, co-author of an article entitled Yes, Older People are having sex – we need to talk about it (University of Melbourne, April 11, 2021) says a more open social attitude to sex is changing the way we see ourselves as sexual beings.  Many older singles today connect through online dating sites where they know nothing about the men and women they date, nor how many other sexual partners those people might have.  So women today who think they are going to have sex should carry vaginal gel and a condom, Dr. Malta says.

Not the stuff of romance, on which my generation was raised. But as the article makes clear, it’s important for we mature age lovebirds to have frank and fearless consultations with our health practitioners to ensure that sexual health issues don’t impact on our general health.  Yes, we have the experience.  But we may need to update our knowledge of what constitutes safe sex. That, at least, is what my own doctor told me when I went to see her and asked the question: What advice would you give me if I told you I was about to have sex again?  “Enjoy,” she said without a trace of incredulity.  “But take it gentle and slow.  No acrobatics!”.

When one year ago I found myself a widow at the age of 75, sex was the last thing on my mind. Within three months, however, I received a sexual advance from a male friend slightly younger than myself.  And suddenly there I was, in the Brave New World of sex and dating for seniors!

Brave, because the bodies that served us so well in youth are no longer lithe and firm.  And because for those who have suffered the loss of a long-term partner through death or divorce, this is perilous ground and wherever you step the land is mined. That’s partly what makes it so exciting.

“It’s like being 16 all over again,” says Jeannie B, 66, who, when interviewed, had just returned to her Sunshine Coast home from a trip to Norfolk Island with one of her three “best beaux” as she calls her men friends.  Jeannie’s husband died of a heart attack five years ago.  She grieved for a year – “EXACTLY a year,” she says, “Like an old-fashioned widow” – and then she met a man on a service club bus trip and he asked her out to dinner.

“I went, and I was very shy at first, and insecure.  Worried about my wrinkles and saggy bits.  Sure, he had them too, but men are less tolerant of these flaws than women; when I was young, men put a high price on beauty and we girls knew it”.  When, after a couple of dates, things became intimate she was at first worried and then thought, “Why the hell not!”.

Jeannie says she had been formerly quite shy about sexual matters, which she attributes to her strict Catholic girlhood.  In their 53-year marriage she and her husband had what she now considers a “normal but not exciting” sex life which ended when he became ill.  Since then, she has had four relationships and has no intention of remarrying.  “I’m having fun,” she says.  “And better sex than I ever thought possible.  Perhaps because we are more experienced now and take it slowly.  Men have to work harder at pleasing women at this age.  And if I’m honest I am enjoying playing one off against another and being wined and dined and given flowers.”

As Jeannie and other women interviewed for this article remind us, we are the last generation of True Romantics and when we were young and first dating it was romance, not sex, that appeared to drive our libidos.  A lot of ritualised courting was necessary before you ended up doing “it” in the back seat of a car!  Rivalry and jealousy were part of the mating game back then and apparently that doesn’t change with time; the ageing stags are just as jealous of their status as the young bucks and for older women it’s even more so because they outnumber their potential swains by 100 to 85.9.

Carrie W turns 80 this year and after 30 months of widowhood has found happiness with a new man.  She is a tall, slender woman with longish white hair who still looks good in jeans and a tucked-in tee shirt.  Carrie was devoted to her husband and says they were sexually active even after he became diagnosed with cancer.  “I missed all that,” she says now.  “I missed the warmth, the intimacy.  I thought my life ended when his did but now I have found love again.  I suppose you could say I’m the kind of woman who just can’t live without a man”.  It’s a sentiment quite out of tune with the times, but Carrie doesn’t care and feels sorry for women today whom, she says, have forgotten their femininity in the urge to be feminist.

What she does relish however is the freedom that she didn’t have when young to choose rather than be chosen, to do as she pleases without worrying about the opinion of others and to – yes – express herself sexually.  “Being older FORCES you to be more experimental”, she observes wryly.  “You have to think about knees and hips and backs and stiff joints and make interesting accommodation for all this and more.  Sex can be a bit of an obstacle-course.  But it’s still fun and keeps you young in body and heart”.

And all this freedom means that the generation of women who as girls would have died of embarrassment rather than mention the word “menstruation” in front of their boyfriends, now sit around the dinner tables of south-east Queensland cheerfully discussing the Two Vs (Viagra and vaginal lubricants) in mixed company.  And the men who were once those boys who found womenkind to be a tantalising but terrifying mystery are comfortable with that.   Though we still tend to prefer the term “making love” to “having sex”.  And we still say it with flowers.

Phillip’s wife has dementia and needs increasing care.  He is a virile man in his early 70s who keeps himself very fit and is now exploring sexual opportunities with other, unattached women of his own age.  Phillip sees nothing wrong with this, he still loves his wife but doesn’t see that denying his own needs will benefit the wife to whom he has been (mostly) faithful since they met as students 50 or so years ago.  He says his need for sexual experimentation has increased with age and self-confidence, but he also enjoys the companionship of attractive women his own age.

John, 80 was a recent widower when he started an affair with Sandra, 79 who had been long divorced.  Their sexual chemistry was good and shortly afterwards she moved in with him.  He now admits that this was too soon because, much as he liked and admired Sandra, he was still grieving for his wife. Today they live apart, still see each other frequently and remain good friends but Sandra, who says she would still love to have a permanent relationship with a man of her own, admits that John is just not ready for that kind of commitment and his house will for the foreseeable future remain full of his deceased wife’s memories.

This is not an uncommon story and psychologists specialising in aged issues warn that the temptation to love again after bereavement can lead to mistakes which may hurt both yourself and  the new partner.

Doreen Weir, 94, author of Sex in Your Seventies (And Eighties!) and her more recent work Gardening in Your Nineties (which also has as bit about sex in it) says that the men and women who find new sexual relationships in their senior years are mostly those who keep themselves fit, active and youthful in both looks and outlook.  Let yourself go, don’t bother with good grooming and you’ll stay on the shelf!

She has often made the point, in her books and talks, that most older people seeking new relationships are looking for more than just getting physical. “Women want to be loved, men want affection”, she says, based on personal experience and answering questions in her television role as Dear Doreen.  “And they both want sex!”. Doreen herself began a nine-year sexual relationship in her early seventies with a man 12 years younger, to whom she was introduced by mutual friends as a ballroom dancing partner.

Broadly speaking there are two types of people who enter new sexual relationships late in life – those who have remained sexually active and wish to remain so and those who (very common in my generation,) have long since said goodbye to their libido and now find it is not dead but merely dormant.  Ready to be reawakened by new experiences.

I think I shall leave the last word with octogenarian and former star of The Brady Bunch, Florence Henderson who said not so long ago: “There is no age limit on the enjoyment of sex.  You learn to do things with more experience, intelligence and the ability to choose more wisely.”

Modern meal alternatives to suit our stage of life