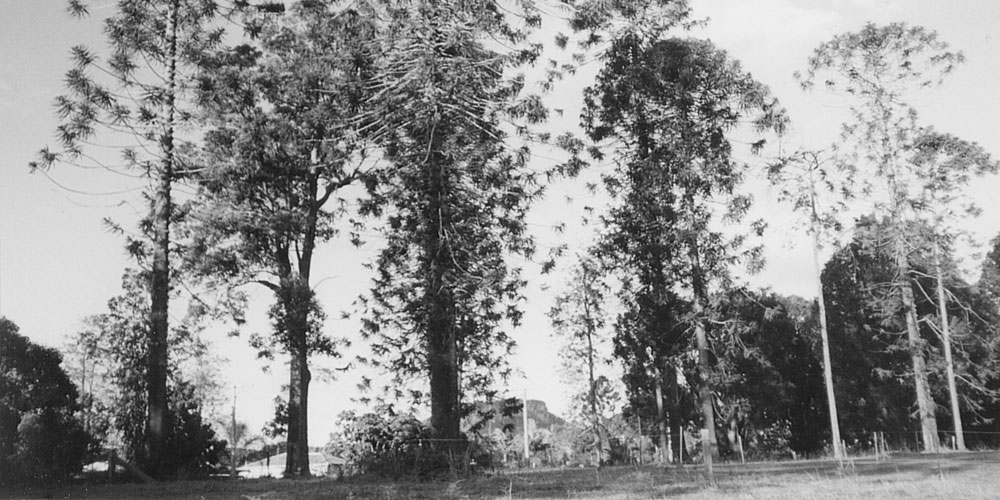 Seeds for the Bunya trees in the Brisbane Botanical Gardens may have come from the Maroochy River.

One of the first collectors of local plants was William Stephens, according to the Brisbane Courier of March 1866.

He was in the habit of arriving at Mooloolah Heads, present-day Mooloolaba, by the paddle steamer, Gneering, and walking back to Brisbane, about 100km.

He would collect seeds, berries, fruits, ferns, orchids, wildflowers, bark, leaves and vines as he searched the dry heath and wallum woodlands. He even returned with bunya nuts, and these may have grown into the very bunya trees that can still be seen growing in the Brisbane Botanic Gardens.

Stephens was an assistant to Walter Hill, outstanding botanist and curator of the Brisbane Botanical Gardens from 1855 to 1881.

Hill introduced new species of plants both ornamental and agricultural in value, including mango, pawpaw, ginger and beautiful jacarandas and poincianas, all due to his experiments. Hill was also passionate about native plants.

At Mooloolah Heads, Stephens would usually buy supplies at the timber-getters’ store and employ Aborigines as guides to help him.

On Stephens’ last visit, a young Aboriginal, Tommy Skyring, was employed as his guide.

Stephens had a reputation for being generous and got along well with Tommy. 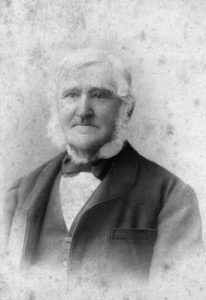 Perhaps it was the sight of the silver coins he used to pay for goods that attracted two other Aborigines, Johnny Griffin and Captain Piper, who followed him. When he stopped to make camp for the evening and was bending over cooking Johnny cakes, he was killed by blows to the back of the neck.

The place of his camp later became known as Dead Man’s Water Hole and is near the Caloundra turnoff from the Bruce Highway.

The penalty for killing a white man was severe, a hanging offence, and the three Aborigines were accused of the murder.

Tommy Skyring had been a trusted employee of the timber-getters. Johnny Griffin was only about 14 years old and Captain Piper had already served time in jail.

Constable Nalty from the mounted police at Maryborough was sent to investigate with a detachment of native police. Captain Piper and Tommy Skyring were captured and taken to the Gneering. 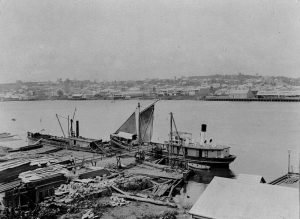 Captain Piper escaped by slipping his handcuffs and swimming ashore. Tommy Skyring met a tragic end – he died a month later in Brisbane Gaol, a death in custody.

The warrant for the arrest of Captain Piper was made in 1866 but he was not captured until 1879, when Constable Smith arrested him at Cobb’s Camp, Woombye.

At the trial there was a difficulty about whether or not Johnny Griffin understood that he was under oath. Johnny explained that Tommy Skyring had struck the first blow and he was to blame.

Tommy was unable to speak for himself as he was long dead. The jury returned a verdict of not guilty.

The Attorney-General stated he did not intend to take any further proceedings.

His Honour ordered both to be discharged.

What became of Stephens’ collection that awful day of his murder?

We can only say that our native plants are great survivors.