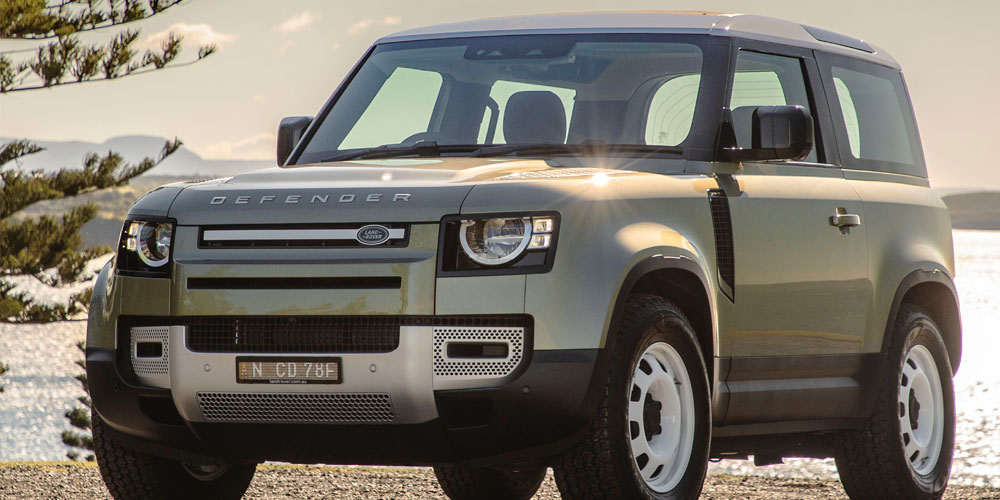 The 2022 Defender 90 is, first up, a very competent four-wheel drive. With more compact, three-door body on a shorter wheelbase (and loaded with Land Rover gear to maintain traction on all manner of terrain) the 90 is arguably a better off-roader than its big brother, the long wheelbase 110 wagon.

Yet there’s also another, sporting side to the smaller Defender.

One of these with a twin-turbocharged, three litre diesel engine producing a welcome 183kW and 570Nm of torque, brings on the giggle and hoot when attacking a forest trail; on dirt or gravel the 90 is some 2300kg of old-school fun – fast and smooth; zero to 100km/h in eight seconds; entertaining and encouraging.

So fit one out with a folding fabric roof and here’s a machine for town and country and beach plus serious off-roading and that occasional blast down a back road. (NB: maybe not with nervous nellies.)

Now this Defender 90 with all the right options, including that $4810 sunroof, is not cheap.

The machine we belted around for one of the best drives of 2021 was pretty loaded and came in at $108,388 before on-road costs.

While some of that bill could be trimmed – cabin ioniser for $455? – there was little argument with most of this 90’s fit out.

It arrived in Pangea green with white wheels and white roof ($2171), most handsome (we’d hang on to that option). There was a third, jump seat added to the front row for $1853. Keepers would include the $1309 air suspension.

All this is packed on and around a well-sorted and well-appointed cabin.

Access to roomy rear seats is fair enough and that air suspension option allows the Land Rover to be lowered to a more civil loading height or pumped up for extra ground clearance when needed.

The basics of this D90 S D250 (starting price $90,326) include all-wheel drive, eight-speed automatic, two-speed transfer case, terrain mode system plus a shed-full of traction aids for on and off-road work, from roll stability control to low traction launch.

As in most modern Rovers, there’s good visibility to the front and sides, not so great to the rear with spare wheel mounted to the side-hinged back door. The gear lever, high on the centre console, is good and handy but the push-button operation to unlock between reverse and drive takes a day to sort.

The Land Rover Defender D90 S D250 is a good-looking, comfortable vehicle with top-level off-road ability straight off the showroom floor – that’s a given.

The surprise is just how much fun the 90 can be on back country roads and tracks; all this for a claimed 7.9 litres per 100km average which shouldn’t be hard to achieve in day-to-day running. But steer this Defender at some dirt tracks and that average might blow out a bit.

Forget the puns, just get to the point
Live long, live well and live happy