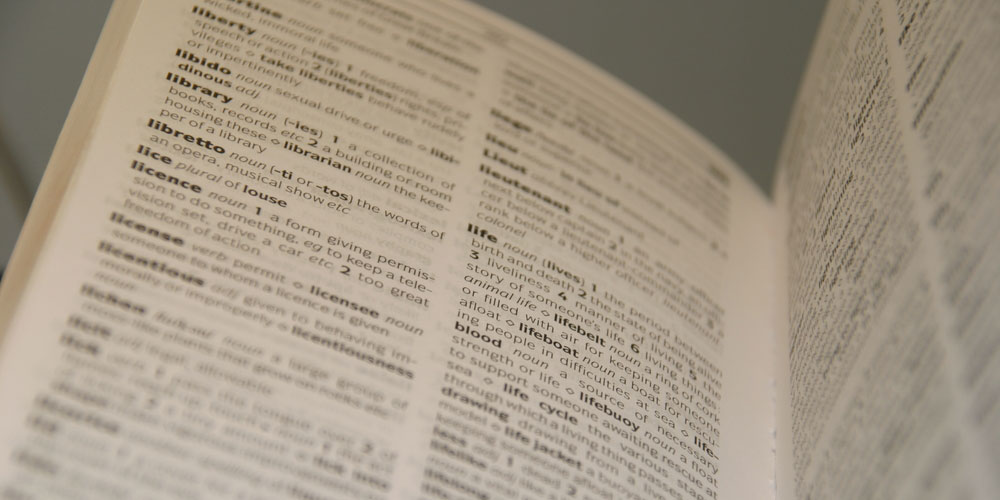 According to the Oxford English Dictionary, there are an estimated 171,146 words currently in use in the English language not including much of the slang in the Urban Dictionary and the 47,156 words that have become obsolete.

That’s a lot of nouns, adjectives, verbs and adverbs to choose from to create a worthy sentence, yet we often hear the same old words and phrases trotted out, day after day – not all of them strictly correct and in context.

Take the word “people” for example. Constant repetition could be avoided by simply seeking an alternative that is more descriptive – and often more accurate.

Next time you see the word “people” you’ll no doubt feel compelled to start thinking up some alternatives of your own.

We also regularly see groups of people, who can be simply a group – a team of 50 people is just a team of 50. Given the context of the sentence, they are unlikely to be a team of apes or aliens.

And why have a staff of 25 people when it could simply be a staff or 25 or better still, 25 employees.

The ABC’s Media Watch regularly broadcasts grabs of news reporters from every channel coming up with the same phrase and playing “follow the leader”.

For example, when the Prime Minister endorsed electric cars, almost every news report used the phrase “making a u-turn” and when Sesame Street’s Big Bird came out in support of vaccination, there was an outcry that he had “ruffled feathers”.

That’s just two but many more are added every week.

No doubt a lot of it comes from seeking the pun, but regardless of who came up with it first, the rest independently followed without trying a bit harder for something different. It indicates not so much that there are a lot of copycats, but that there’s a willingness to think alike and not move beyond common usage.

Another popular trend out of parliament house for a while last year was “learnings”. Now where on earth did that come from?

I remain unconvinced it is even a word. In my day, anything you learnt was a lesson. Hopefully it has already passed into the bin where it belongs.

At the risk of sounding like a grumpy old woman, I also must add that I resent the trend for young emailers to “reach out” to me.

One after another, they write “Hi. I hope you are well. I am reaching out to … (insert the actual point of the correspondence).

Is this a standard introduction taught at public relations school?

The state of my health is irrelevant, and it could be much simpler and to the point: “I’m writing to ask/ascertain your interest/draw your attention to …”.

You don’t have to reach far to find that there are plenty of choices.

Yes, mine are definitely the words of a grumpy old woman. As younger friends and colleagues are quick to point out, some being quite blunt, “you are just being very rude. This is all standard email etiquette.”

My reply is that I have never quite taken to the polite “have a nice day”, so let’s just get to the point.

Another pet hate is being advised in a travel story that I can “take in” the view. A view is seen, admired and even discovered, but it’s not imbibed.

Tourists can just SEE things, so why are readers advised to “take in” the views, “take in the wildlife”, go on a cruise “taking in” New Zealand and the Pacific. Some of us are happy to travel but don’t want to take in anything.

And what about the famous and infamous “opening up” about their lives? It sounds more like a surgical procedure than telling their story or sharing their secrets.

Surely it’s not that hard to find the description that fits best rather than recycling the cliché, a tired pun or the first trending word that comes to mind.