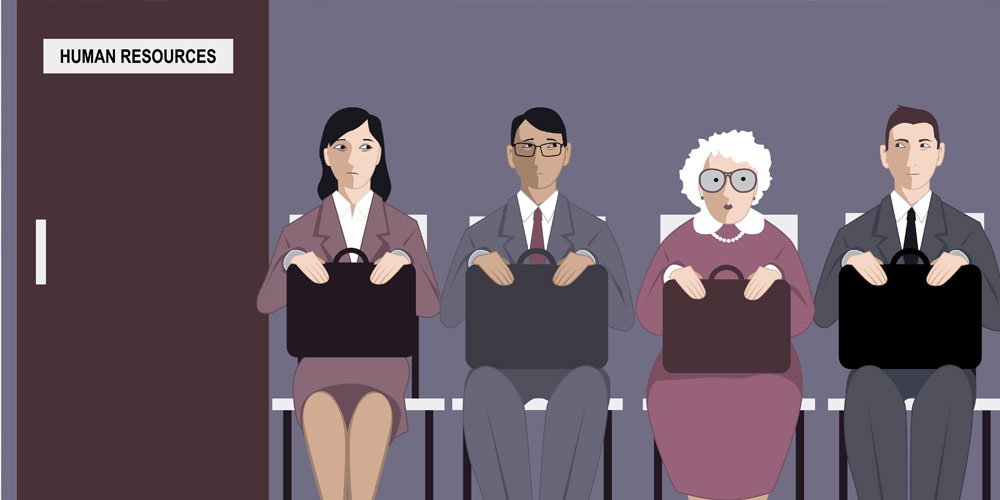 As a psychologist working with individuals, I have seen people struggle with the impact of ageism. Perhaps I see more of it than most because I work in the area of retirement – and some retirements are not voluntary.

According to the Australian Bureau of Statistics more than half of those who give up looking for work are aged 55 or older. And the reason? The older jobseekers believe that potential employers see them as too old.

This belief was supported by a survey of 1025 Australians conducted by LinkedIn which revealed that just under one in two baby boomers (44 per cent) believe their age is the main reason for employers rejecting their job applications.

Australia’s Human Rights Commission found in a 2015 survey that 27 per cent of older Australians had faced workplace discrimination – often during the hiring process. A third of that group consequently went into early retirement.’

Despite ageism woes, governments are understandably keen to keep older workers working to boost the economy as the population ages.

The number of people in the workforce supporting those who have left the workforce will nearly halve over the next 40 years. The outcome is likely to be a slowing of economic growth and potentially a loss of age supports such as pensions.

Part of the answer seems to include keeping those older workers who wish to continue working, at work.

Acting in accordance with this information Treasurer Josh Frydenberg wants older workers to learn new skills and delay retirement. But will those workers be hired?

How do older workers continue in a workplace that is hampered by a culture of ageism? Is ageism real or just an excuse?

Reports indicate that ageism towards older people is real and growing. Findings in the Australian Drivers of Ageism Report 2017 commissioned by The Benevolent Society included the following:

“Ageist attitudes were most evident in the workplace setting. Almost a third (30 per cent) of those surveyed think employers should be able to make older employees take on a reduced role, and one in four (25 per cent) thought that employers would get better value out of training younger rather than older people.

“Almost one in five (19%) think younger people should be given priority over older people when it comes to work promotions or that people who do not retire at 65 are taking jobs away from younger people (18%).

“Many of those surveyed did not express a strong view either way on these issues – which suggests a level of ambivalence.”

Ageism in the workplace is well researched and documented. But its impact extends well beyond our economy.

The Australian Human Rights Commission (2013) reported that ageism not only limits the potential opportunity for older Australians to participate fully in the community, but also significantly impacts their overall health and wellbeing.

Ageism has a personal cost, as well as an economic one.

Perhaps armed and ready, rather than waiting on government initiatives for over 55s, we can be the change and lead the change we want to see in the world.

Judy Rafferty is author of Retirement Your Way, A Practical Guide to Knowing What You Want and How to Get It. Available at bookshops and online.