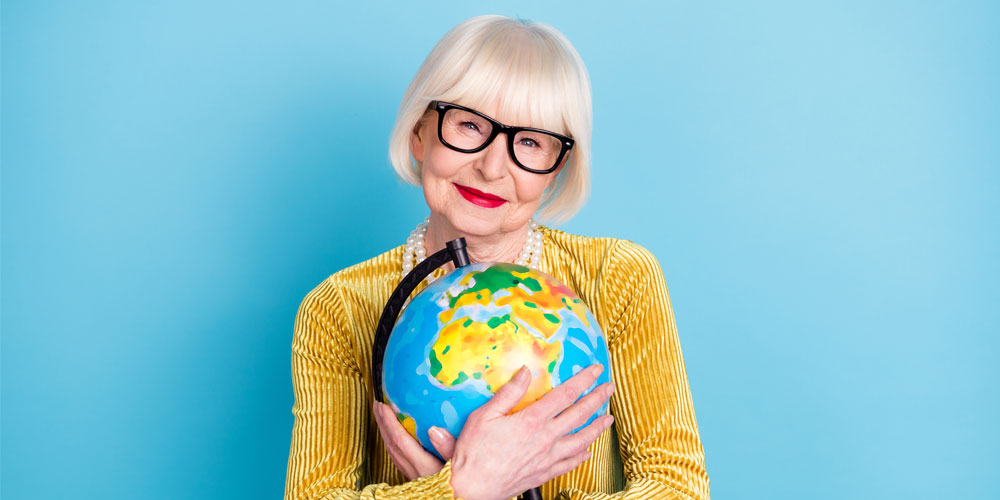 There’s a post circulating about an elderly woman who is confronted at the checkout by a supercilious young operator who accuses her – and her generation – of wrecking the environment.  In reply she points out a few home truths.

Namely, that today’s Baby Boomers and their parents bought groceries that weren’t pre-wrapped in elaborate packaging, lived in smaller houses, had one car if they had one at all, used public transport, had no air conditioning in their home or car and were schooled in sweaty classrooms.

They drank water from the tap and ate food that they grew, or was in season locally, rather than having “luxuries” available year-round via the modern supply chain, and rarely travelled far from home.

They didn’t have clothes dryers, dishwashers, smart phones or computers and recycled and mended rather than discard. The list goes on.

The much-maligned Baby Boomers are also the first generation to seriously take on the environmental battles that characterised the 1970s, ’80s and ’90s.

We are also part of the generation whose members gave up luxuries to live simply on brown rice and lentils, built mud brick houses, read Earth Garden, did without pesticides, opted for peace and love rather than materialism, marched for civil rights and against war – and some are still doing it!

Of course, there is only a small percentage of people in each generation who are seriously concerned about environmental issues and even fewer who will, in the words of Queensland anthropologist, environmentalist and one-time Green Party candidate Pietro Agnoletto “give up something to gain something”.

It is the same today; children are more exposed to environmentalism in the classroom and thus more aware than we were, but few of them are prepared to give up the comforts and conveniences our generation gave them.

What we face, Pietro says, is a complexity of environmental  problems not faced by previous generations, of which climate change and over-population are just two examples.

So, are the young today in a position to judge previous generations for climate change or any other issues when they themselves are complicit beneficiaries?

“Absolutely not!” says retired teacher Jillian Kelly, who has been involved in protests from to Terrania Creek to Fraser Island.

“That whole business of poor little Greta Thunberg is just too overblown by the media and is an insult to those of us who have been lifelong activists for a better, cleaner, greener environment.

“How dare these kids who know nothing of life blame our entire generation! How many young people today are actually trying to save our planet?” she says.

Not as many as we might think according to a couple of British surveys which found that people aged over 55 were ahead in almost every environmental activity and those aged 16-24 were the worst offenders.

In fact, the research shows that older people are more likely than the young to feel that acting in environmentally conscious ways will make a difference, with twice as many Baby Boomers having boycotted a company in the last 12 months for environmental reasons than their teenage or 20-something grandchildren.

Generation Z is popularly portrayed as a united front of youthful eco warriors justifiably at war with their parents and grandparents.

As personified by young American singer Billie Eilish, who notoriously said “old people are gonna die and don’t really care if we die, but we don’t wanna die yet.”

Eilish herself appears to be happily using up the world’s resources as if indeed there was no tomorrow, and it’s the emptiness of such hysterical (and barely articulate) rhetoric that is making Baby Boomers so angry in return.

In a study conducted by New Scientist Magazine, social scientist and public policy researcher/analyst Professor Bobby Duffy described the perceived conflict between generations over the climate crisis as dangerous and destructive.

“Parents and grandparents care deeply about the legacy they’re leaving for their children and grandchildren,” he said.

While Australia continues to lose species at a worrying rate and climate change predictions remain dire if mitigation is not put quickly in place, our Baby Boomers can take credit for climbing early on the environmental bandwagon.

Our environmental movement was the first in the world to become a political movement and we founded the first Green Party. “We” being of course those who care – and turning “care” into meaningful action is the same challenge to young people today as it was to us.

At a gathering to discuss the philosophy of environmentalism, held recently just outside Brisbane, a 26-year-old woman accused the mostly older participants of being responsible for the world she inherited.

She then put forward her ideas on the need for improvement.  In reply, Jillian Kelly said that those suggestions were current half a century ago.

“Do you think what you are saying is new?” Kelly demanded.  “Do you think we didn’t fight? Some of us have fought so hard and so long we are burned out by it!  We cared then and we care now!”.

She then listed many of the environmental victories brought about by Baby Boomer activism, ending with a challenge to the younger woman to: “Put down your mobile phone, stay off the on-line gaming sites, use social media for sharing environmental information  and not chitchat,  take public transport or buy a bike, think about cutting back and going without, eat only fresh locally-produced unpackaged food and THEN maybe your generation can lecture MY generation about destroying the planet!”

South-east Queensland can boast some notable environmental defenders over the past half century – John Sinclair, Kathleen McArthur, Judith Wright, Arthur Harrold, Michael Gloster, Aila Keto to name a few – some of them no longer alive and the rest over 70.

It’s hard to name activists of similar stature under 40 today. 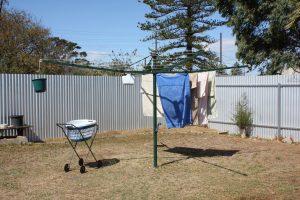 Baby Boomers and their parents didn’t have clothes dryers but used the backyard hoist.

All local authorities in our region employ environmental and conservation management officers, in itself a notable victory. And if you look at those protesting against one of the region’s most bitter ongoing battles, Toondah Harbour, you’ll see that most of them are not young.

Toondah Harbour is in the Redland City Council region and though the project seems likely to proceed, some modifications have been made to appease environmental activists. This council is the first to use its revenues to establish a sophisticated koala conservation program with dedicated officers in a region that continues to show rapid urban growth.

While it may all be too little too late Baby Boomers have learned that if you push too hard too soon you don’t get public support – look how long it took to ban single use plastic shopping bags and how quickly this was accepted once imposed.

Where older “greenies” differ most from their grandchildren is that they have learned over decades that environmental issues are increasingly complex, and solutions are not easy because within our democratic society there are as many differing opinions as there are issues.

One person’s environmental abomination is another’s livelihood.  And thus, the real challenge is balancing human aspirations against the need to reverse damage to the natural systems that underpin our existence.

“When we were young, we were hopeful that the problems could be solved if we only had sufficient willpower,” says Jillian Kelly.  “We were always optimistic.  And we have learned to pin our hopes on the technologies that our generation has developed to ensure the planet has a viable future.”

Such technologies are already making a difference but many young people today appear not to be aware of them and instead feel overwhelmed by helplessness and fear for the future, thanks to the unrelenting media focus on environmental doom and gloom and what seems to them like indifference from their elders.

As Queensland environmental sociologist Bob Lake said when accepting an award for his work on encouraging more earth-friendly pastoral practices: “Every generation inherits the mistakes of the one before and makes its own.  Every generation of social activists stands on the shoulders of the one before.  My generation can at least take credit for trying to clean up its mistakes. The challenge for youth today is to take up our baton and run with it”.