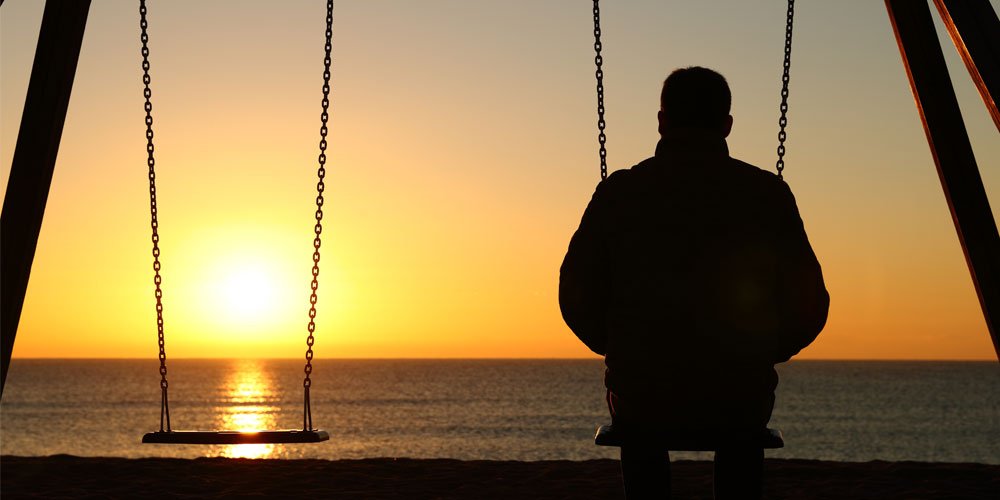 The formalities are done. The neighbours are no longer hovering around the doorstep every minute of every day and the kids have gone – as they should – to resume their own lives.

That was when it dawned on me, finally and irrevocably, that I was the only person in this house – a house packed with memories and no one to remember them with.

There’s a gaping hole in my life that can’ be filled.

It’s a crushing moment in anybody’s experience – that instant when the cold finality of death enters our very being and alters us – probably permanently.

At least that was my experience.

Others who have been through the trauma of losing a loved one keep telling me all too frequently that I’ll mend in time.

Yes, time is the common denominator in all my conversions of late. Time will heal you, I’m told. All it needs is, well, time to work.

I’ve now sold the house. It was haunted by those very memories that could no longer – after four decades – be shared.

The incredibly supportive social worker attached to the palliative care unit where my partner died gave me a name and the number of a person who could help me.

But grief is such a personal thing, isn’t it? It was (and is) somehow my grief and mine alone. I couldn’t begin to share it. That would almost amount to betrayal.

My conversation with Laura Panarello was a mind-opener.

“Of course grief is highly personal,” said the Brisbane-based counsellor who works with Co.As.It Community Services. “And everybody’s grief is different.”

There are no rules for grief, no timeline and certainly no deadline. It takes as long as it takes.

There’s that time element again. But, essentially, there’s no “cure” for grief.

And yet it’s a cataclysmic event that almost half of us are going to have to deal with, yet there is little understanding – or even recognition – of grief.

“Quite often people just don’t know what’s going on,” Ms Panarello says. “They hear the word ‘grief’ and begin to learn to understand what it is. Finally, they might say ‘OK. Now I know’.

“And ageism is alive and well. Australia still doesn’t understand the problems as well as they do in, say, Europe. We’re still a young country. The early migrants – and even more recent ones – didn’t see the old folks age. They left them behind in the old country.”

As a result, the traditions of care and respect for the ageing have been eroded.

Elizabeth “Liddy” Drane is no stranger to the grieving process. Having lost her husband of almost four decades in 2012 and her twin brother last year, she knows her way around grief.

The death of her husband – he was killed in a road accident – left her with a feeling of devastation tinged with anger.

“It was a silly combination that led to Dave’s death,” she recalls. “But I was immediately surrounded by friends and family who were incredibly supportive.

“The hospital offered support, but I didn’t feel I needed it. I don’t bottle things up, but my thinking was more like ‘what can a stranger really do for me?’ I soon discovered that you don’t suddenly stop grieving. Time helps, of course, and you start to remember the good times you shared together.”

Friends and family were important for her at that time and since.

“Family is vital,” she says. “Strangers less so.

“I learnt that if you’re positive, people react well. Don’t moan to people outside the family. It really turns them off.”

People sometimes don’t know how to deal with her grief, “but if people see that you’re trying to get on with it, they’ll support you, they’ll react positively,” Liddy says.

The couple didn’t have children, but nephews and nieces keep in touch – and she’s still invited to dinner parties.

“If there was any awkwardness about me being single, it’s gone,” she says.

Much-loved Your Time writer Julie Lake is also no stranger to the grieving process.

Having lost her husband and her son within the past year she’s still devising ways of processing the tragic experiences.

“The first thing I learned is that the two losses are very different,” she says. “When we lost our son it was the most appalling shock.  We were stunned by it, almost broken by it, but we were able to support each other through the first, worst days.

“And the fact is he had for most of his adult life lived a long way away so that we didn’t share his life, which belonged mostly to his partner and children. We missed the annual visit, which was always so much fun, and we missed the weekly phone call.

“We missed him on his birthday and our own; felt the subdued but ever-present ache of his not-being.  To this day I do not quite believe it.”

But, in her experience, the death of her husband of 56 years was even harder.

“You have lost the companion of your every adventure and achievement, the one who made you feel loved and special and with whom you made life’s plans,” Julie says.

“For me, the worst things are coming home to an empty house and knowing that all your memories are no use any more without being able to share them with the one with whom you made them.  They hurt rather than comfort.”

With husband Bob she at least had some prior warning.

“He was 85 after all, but that still doesn’t prepare you for what’s about to happen,” she says. “I mean it’s not a complete tragedy when someone dies at 85, but it still comes as a shock and shock carries you through those first few days. Then there’s the exhausting bureaucracy of death to deal with. It tires you.”

But at the end of all that came the realisation that grief was, for her, a destructive emotion.

“I cannot spend the rest of my life grieving,” she says.  “I know that my life will never be the same and that I will never again be as quite as happy as I was when Bob and Robert were alive and we were all young and fit and forward-looking. I will always miss them.

“But the thing with grief is not to let it overwhelm you.  To be thankful for what you still have and not think about what you have lost. My grief is still very raw but I have to go on because life is still a great gift and not to be wasted.

“I am not religious and would find no comfort in such belief but I have been influenced by Buddhism, as a way of living, especially its tenet that all suffering comes from attachment.

“Thus one should practise non-attachment to things, people and memories.  Enjoy them all but never forget they can be taken away at a moment’s notice and you will lose them all in the end.”

Eight days after her much-loved husband died, Julie constructed an imaginary cupboard in her mind.

“I labelled it ‘Bob’ and threw away the key,” she says.

That certainly does not imply that, after 56 years, Bob was not a vital part of her life.

“One day I’ll be able to open that cupboard and enjoy the memories it contains,” she adds.

Comfortable with Bob being reduced to “atoms and molecules, part of the environment” she feels a need to continue to do what she – and her husband – enjoyed.

“I love music, singing and birdwatching among other things. You need a reason to get up in the morning, so I have a schedule that I follow.”

Ms Lake’s friends were “a bit delicate at first” but as she showed a resolutely cheerful face they became not necessarily more supportive (they were already that) but more understanding.

Julie Lake determinedly looks to the future: “I’ll continue doing what I do but I also want to seek out new challenges. I’m not afraid now to consider physical challenges – maybe more dangerous activities. I’m still thinking about that.”

Her love of travel is undiminished “even though age can limit us.”

“But life is a gift. Life is good. The sun does shine and I’m not going to waste it in grief,” she says. “We DO survive!  And the unbearable does in time become bearable.”

Julie and Liddy are a long way ahead of me and many others that I know. I’m still fixated – impaled more like – on the memory of that final breath.

HELP SHOULD YOU NEED IT

It’s not unusual for those seeking help online for their grief to be confronted by a bewildering array of choice – few if any of which appear to relate directly to what they might be looking for.

Julie Lake, for example, recalls a forest of options none of which looked anything like what she wanted. “It was all just too hard,” she said.

In the end she didn’t bother.

Co.As.It Community Services, where Laura Panarello offers counselling to the grief stricken, is as good a place to start as any.

This is a not-for-profit organisation that provides a wide range of services that include grief counselling in more than one language.

“Most people just want someone to talk to,” Ms Panarello says.

“So we listen. We have become very good at listening. We can’t cure people’s grief so we try to help them help themselves. We try to guide them to the right range of options available to them.”

Some of her clients are recommended by carers while other reach her through word of mouth.

“Our MO, if you like, is just to talk to and listen to people. We want to help them find their own way. And we need to recognise the wisdom that comes with age.

“But the wisdom of your soul is ageless.”

She lists a range of services that include Solace Australia (for those who have lost a spouse); Grief and Bereavement Australia.

There are also apps: WrongTime; Breath; MyGrief; Mood Mission; Giant Mind that may be useful.