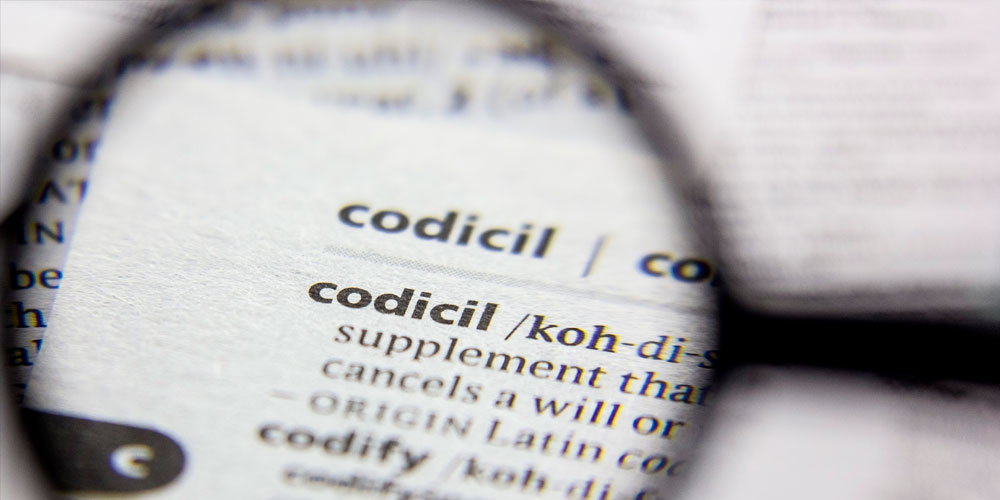 When a person wishes to change an existing Will, there is often a temptation, rather than preparing a whole new Will, to simply amend the existing, most recent Will by a Codicil.  However, unless the change to the existing Will is of the most minor nature and the Codicil is being prepared by a Lawyer experienced in Will drafting, the making of a Codicil should be avoided if at all possible.In the first instance, by making one or more Codicils to an existing Will, there frequently arises the additional inconvenience and complexity of referring to more than one document in order to ascertain and understand the intention of the Will maker.  Consequently, unless the Codicil has been competently prepared by the Will maker’s Lawyer, there is a chance that either the Codicil or the Will (or even both of them) can be either partly or fully invalidated by an incompetently or inadequately prepared Codicil. A recent example of the problems which can be caused by a badly prepared Codicil was a reference in the Codicil to a Will dated on a particular date when there was no Will signed on that date and just as importantly, the Codicil attempted to make a gift of property to a beneficiary when provision had already been made for such gift in the original Will thereby creating the confusion of “doubling up” and possible unfairness amongst the intended equal beneficiaries in the estate.

Once again, unless the intended Will amendment is of a simple and minor nature, the legal costs of preparation of a complex Codicil can be as much as, or even exceed, the legal fee charged for a new Will and the cost of unravelling the mess caused by an incorrect or incompetently prepared Codicil can be very expensive indeed.

Number crunching your retirement living options
What is a Testamentary Trust?