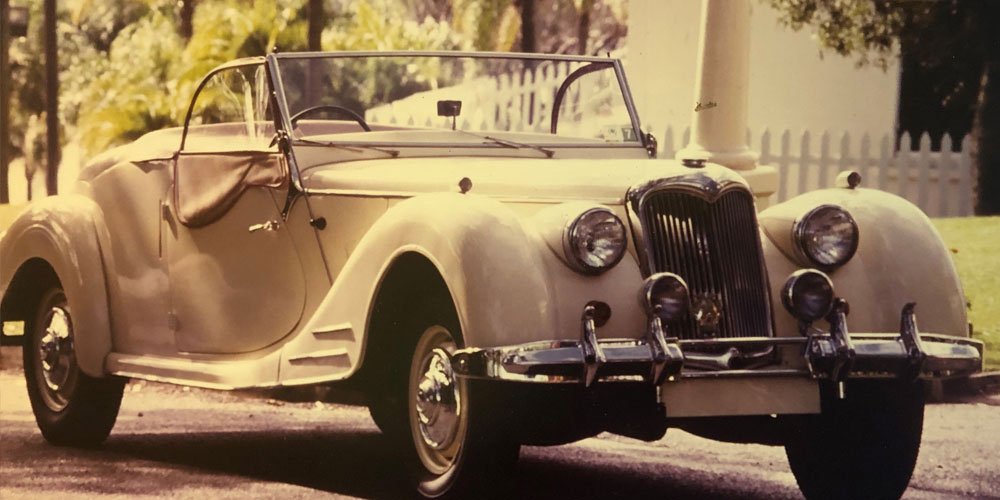 The 1949 Riley Roadster was one long British convertible with solid 2.5 litre, four-cylinder engine, four-speed gearbox and bugger-all brakes. For a 1.5 tonne car it could took a tall moment and sharp intakes of breath to pull up in a hurry, even in the sparse traffic of late 1970s Brisbane.

On the upside, this was a long-legged touring car which could lope along all day at 80mph (130km). It rode well and coped with good and bad Queensland roads, top up or down – and sometimes with windscreen laid flat across the bonnet for more sporting style on summer Sundays.

And all the while, the responsibility to keep it on the straight and narrow lay with the driver. He, or she, had to read the road ahead, be aware of traffic alongside, reverse using eyes and ears and know when it was time to take a break.

But it was safe, and much-valued, transport for a uni student, even if it had to be hand-cranked on occasion.

That Riley and its sedan counterpart of the 1940s and ‘50s were fair examples of early post-World War II cars, in many ways not too different to pre-war machines.

Yet, and leaving aside electric cars, not many of those basics have changed decades on. Sure, most cars are now monocoque construction (body and chassis one piece) unlike the body-on-chassis Riley, but most run with internal combustion engine up front and ride on four wheels to be steered by a human behind a wheel.

There are better materials, more efficient designs and niceties such as automatic gearboxes. Brakes are better, comfort levels are up and audio systems are far superior. But perhaps some modern extras are as much a distraction and hindrance to good driving (and road manners) as an aid.

Some may well save incidents and accidents, but so would proper driver education. Many of so-called driver aids are a pain in the driver’s seat.

In many new cars – as good as they are to drive and as value-packed as they’ve ever been – buzzers and bells and warning lights are so insistent it’s easy to tune out and ignore the lot. It could be problematic if not paying attention.

Among annoyances are the lane departure warning systems which tug the steering wheel back to the centre, pre-collision warnings, red dashboard lights with abrupt, autonomous braking if the car “thinks” it’s too close to traffic ahead, and driver drowsiness warnings flashing up if a driver’s head turns briefly.

Some of these can be turned off, some are more subtle than others but it could be suggested they lead to false confidences in driving abilities and complacent drivers.

Cars may be safer today, but that doesn’t mean drivers are.

Having whinged about new-fangled gadgets, there are some useful bits of modern automotive technology.

Traction controls and ABS are great safety systems. Blind Spot Monitoring, where lights in mirrors warn of cars alongside, are worthwhile.

Yet, for some of us, it will long be the simpler the car. The greater the driver involvement, the safer the drive.