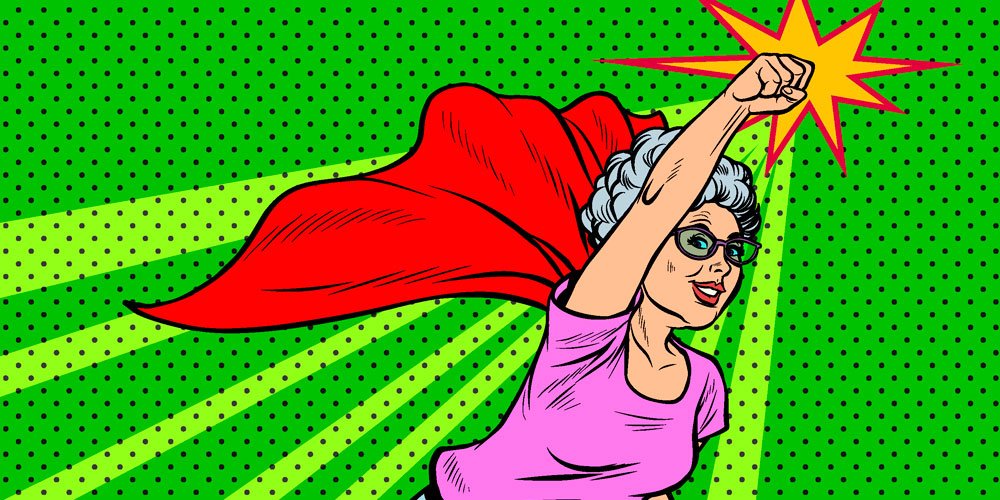 What a provocative way to begin talking about ageism. I wonder what this statement provokes in you, but that’s a long conversation.

The Australian Human Rights Commission reported that ageism not only limits the potential opportunity for older Australians to participate fully in the community, but also significantly impacts on overall health and wellbeing.

Ageism in the workplace is well researched and documented. Retirement is an area of specialty for me as a psychologist.

Ageism has a direct impact on our retirement decisions and our experience of retirement. In Australia we know that once we retire, we are likely to suffer a loss of identity and credibility.

We also know that as we age, we are likely to suffer further loss of identity and credibility or, as I say in my book, a loss of relevance. These losses are inflicted on older people because of our cultural perceptions of age.

Ageism is negative age-based discrimination. You don’t have to be old and frail to be subjected to ageism.

An American study which surveyed people aged 16 to 34 years found that this age group felt that old age started from as young as 56.

Many other studies have identified stereotypes attributed to those considered old, including those still in their 50s.

These include dependency, loss of ability to learn new things and lack of technological ability. Importantly, there is a relationship between stereotypes and the development of ageism.

The more negative the stereotypes the more ageist the society becomes.

But there can be some positives and trade-offs to ageism. On the positive side, older people are sometimes seen as wise and kindly. This is known as sageism.

If you are prepared to trade off your independence you might find that people will look after you with more care for your expected frailties. Interestingly, older people often participate in ageism by joking about their senior moments and their wrinkles.

As the older generation I think it is important to consider if we are ageist. Interestingly, many older adults are ageist and sometimes in both directions. They are ageist towards other older people as well as towards younger people.

Ageism is real. We are impacted by it whether or not we are aware of it day to day, and perhaps we are unwitting perpetrators.

Ageism is based on generalisations and like all generalisations there can be a slice of truth within it, but our generalisations (including the one I just made) need to be examined in the cold light of day, preferably with good friends over good food and a helping of laughter.

Judy Rafferty is the author of Retirement Your Way, A Practical Guide to Knowing What You Want and How to Get It, at all good bookshops and online.

Sugars a sweet poison for brain and body
ARR-R me hearties, think like a pirate