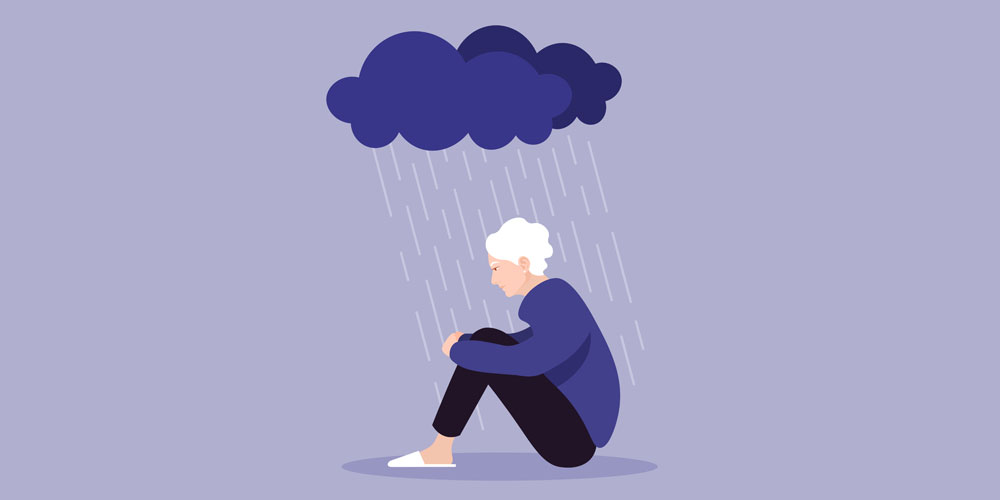 Ageing brings with it a number of challenges, and depression can strike whatever decade of life. It’s also under-recognised as you get older, in part because people assume that feeling low is an inevitable part of growing old. This is certainly not the case and I have seen many people who are living full and happy lives well into their nineties.

Depression is very important to pick up and treat. Not only can it have a huge impact on your quality of life (and those around you) but it can profoundly affect your thinking – so much so that it can cause a pseudo-dementia – a condition where you look as if you have dementia but in fact it disappears when your depression is cured. There is also evidence that recurrent episodes of untreated depression leads to an increased risk of developing a true dementia state later down the track.

It is also potentially deadly. I recently saw a man who had been misdiagnosed as having a severe dementia and was placed in a nursing home. In the few months before I saw him, he had stopped eating – a classic sign of depression – and was close to death. It was assumed that this was the usual decline associated with dementia and that nothing could be done.

Ultimately, however, he was treated for depression and made a full recovery to the point where he probably didn’t need to be in a nursing home.

So, how do you know if you are depressed? Well, the classic symptoms include low mood that is there more often than not, a lack of interest in your surroundings and an inability to enjoy things you once enjoyed. Your sleep may be altered – either sleeping too little or too much, or simply waking up feeling unrefreshed – or you may feel tired all the time. Appetite can be affected – usually diminished, resulting potentially in weight loss. If severe, there may be thoughts that things cannot get better or even a belief that you would be better off dead.

And then there are cognitive symptoms, with problems including  memory, slowing in thinking or trouble problem-solving and planning.

These are symptoms that may be experienced whatever age you are. As you get older, certain other experiences seem to be more common. These include so called somatic symptoms, which is when the depression is experienced physically. I have seen many people whose main initial concern was generalised pain, weakness, or stomach problems like nausea. When I have treated their depression, these physical symptoms disappear.  Anxiety seems to occur more frequently as part of depression as you get older and can sometimes be the main symptom.

If you think that you or a loved one might be suffering with depression, it is critical to speak with someone about it. This might be a family member, friend, counsellor, psychologist or your GP. Just let someone know. Old age is no impediment to overcoming depression. For some, it is enough to talk to someone about practical problems or to increase your level of support. Others may require more medically focused treatment with antidepressants, at least in the short-term.

The bottom line is, don’t assume that low mood and depression are a normal part of ageing. They are not. Effective treatments  do exist to treat depression.

Kailas Roberts is a psychogeriatrician and author of Mind your brain The Essential Australian Guide to Dementia now available at all good bookstores and online. Visit  uqp.com.au