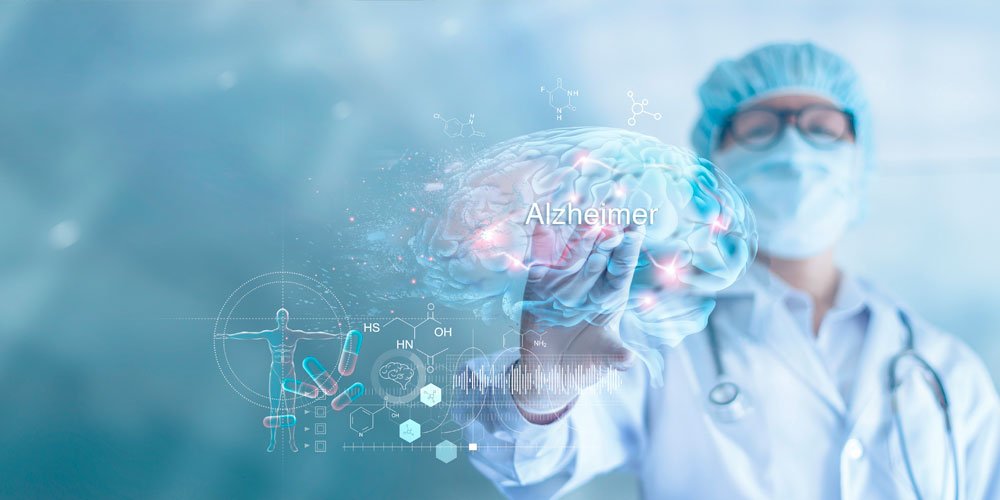 I will focus on Alzheimer’s disease, as this accounts for about two-thirds of cases of late onset dementia (the most common, occurring after the age of 65).  Risk factors can be divided into modifiable, those we can change, and unmodifiable.

The two unmodifiable risks are increasing age and your genes.

We are aware, through decades-long research, of one particular gene that influences the risk of developing late onset Alzheimer’s disease.

This is known as the apolipoprotein E gene, or APOE for short. It controls the production and function of a protein that helps ferry fats around the body, though exactly why it increases Alzheimer’s remains unclear.

There are three types of this gene – APOE2, APOE3 and APOE4.

You inherit one gene from your mother and one from your father, meaning that you will end up with two of the same gene variants, for example 3/3, or a mix such as 3/4.

The main one to be concerned about is the APOE4 gene. This seems to be more inflammatory than its counterparts – something that may increase the risk of dementia.

Interestingly, most of us had the APOE4 gene when we roamed the savannah millennia ago. At that point, it was an advantage to have more inflammation. The world was full of bacteria, viruses and the like, and those who could mount a robust inflammatory response were more likely to survive infection.

At that time, humans did not survive long enough for the damaging effects of chronic inflammation on the brain to be a major problem.

This sounds like a lot but having two APOE4 genes does not guarantee that you will get the disease. The disease also occurs in people who don’t have this gene, so it is only one factor.

Having an APOE4 gene, or even two, just means that you need to be extra vigilant about addressing the other, modifiable, risks such as eating healthily and exercising.

Back to that burning question of family risk. If I see someone who only has one or two relatives who developed dementia much later in life – say in their 80s or 90s – then I don’t become overly concerned about the genetic risk.

Age, along with the other modifiable risk factors, may have an equal if not greater influence than family history.

Although they are very much in the minority, there are some unfortunate families who have a genetic mix that significantly increases the risk of Alzheimer’s disease.

In these cases, family members tend to be affected at a considerably earlier age, perhaps because they carry certain genes that increase the production of beta-amyloid, the protein that accumulates in the brain with this condition.

If I am assessing someone who has one or more family members who had dementia in their 50s or 60s, then I become more concerned about the risk.

In these cases, genetic testing may be prudent, but this is very much an individual choice – some wish to know, and some do not.

At the end of the day, it is important to focus on what you can change, and not what you can’t.

Kailas Roberts is a psychogeriatrician and author of Mind your Brain — The Essential Australian Guide to Dementia now available at all good bookstores and online. Visit yourbraininmind.com or uqp.com.au